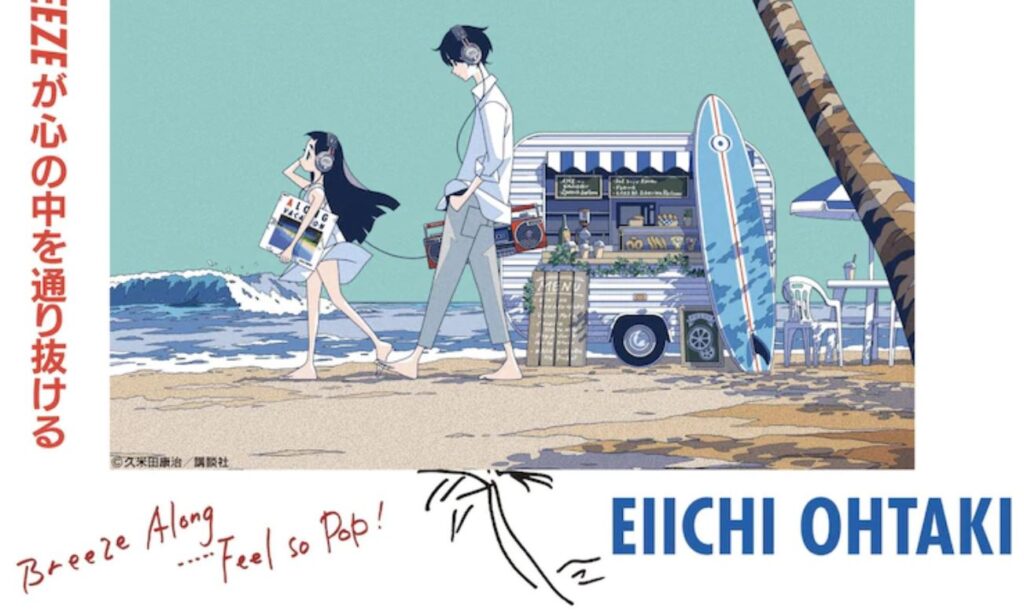 Popping on that first episode of Kakushigoto and hearing Eiichi Ohtaki’s ever-enduing ‘Kimi wa Tennen Shoku’ had me pretty shocked. It took taking it in over the next couple of episodes to internalize that glorious fact that the spiritual successor to Sayonara Zetsubou sensei 180’d and tapped one of the all-time great City Pop records to play it out each week. Sure, Studio Ghibli has employed Akiko Yano, and Mamoru Hosoda brought Tatsuro Yamashita in for Mirai, but lord I was not expecting to hear ‘A Long Vacation’ in a Koji Kumeda adaptation. Kakushigoto isn’t Sayonara Zetsubou Sensei though, and the two were a darn recess cup the way they melded like chocolate and butter.

Well, Ohtaki’s ‘A Long Vacation’ turns 40 this year and it being such a seminal birthday for such a seminal release, all the stops are being pulled out for it. This Kakushigoto’fied version of the album cover with original art by series creator Koji Kumeda is actually the second in a series of re-releases featuring illustrators and manga artists. This take on the album will be released in poster form on 21 March in music stores across Japan, and we’ll sure be picking up a copy or three. Of course, an actual deluxe edition of the album drops then too.

Soothing and enchanting for 40 years and counting, Eiichi Ohtaki’s seminal piece has more than earned its place not just in the City Pop canon but as one of the most beloved Japanese albums of the whole dang bunch. Going back to the appropriately named ‘A Long Vacation’ though, you might feel that it’s 1981 seems a little late? Of course, like anything from the genre, Ohtaki brings those seaside fusion grooves, but more than most, the record wears its Beach Boys influences on its sleeves. Seamlessly interweaving through Pet Sounds and the sonics of smooth as butter summer drives, you’d be hard-pressed to find a more life-affirming album.

The Kakushigoto edition of the ‘A Long Vacation’ art, along with the album re-release. comes out 21 March.