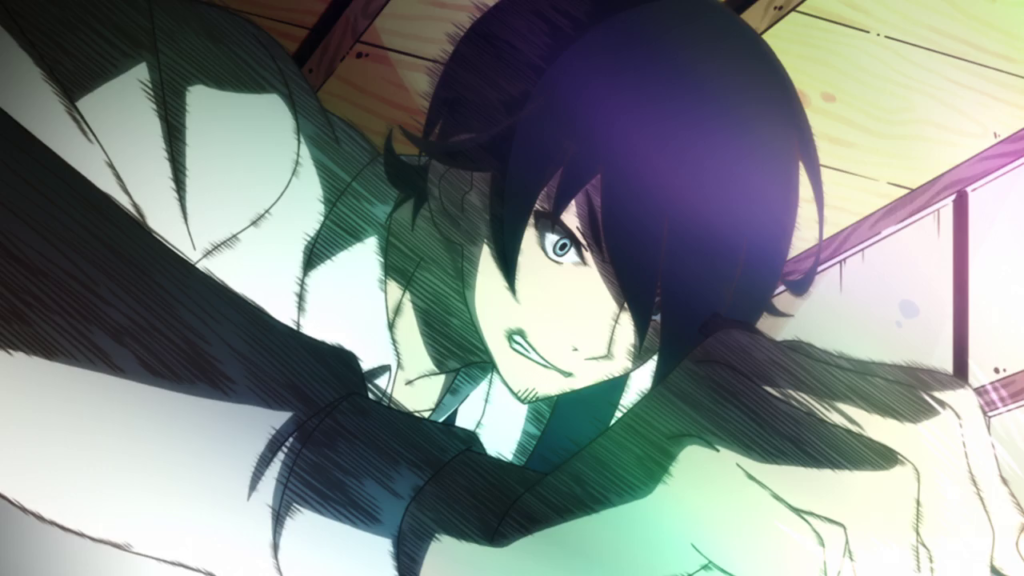 Ever since it came to light that Studio SHAFT would not be handling the Kakushigoto anime adaptation, I had my doubts about the production. The studio has, after all, maintained a near-monopoly on Koji Kumeta manga since the days of Katte ni Kaizou, and whether or not a separate studio would be able to replicate their success was unknown. Unfortunately, Kakushigoto episode 1 doesn’t fill me with optimism.

Things start off well enough. Hime makes her way to the storage shed in Kamakura in a gorgeous sequence marked by lush background art and brilliant compositing before opening up ‘Pandora’s Box’ and discovering her father’s secret. Taken alongside her narration, the whole sequence has a very wistful, almost nostalgic tone that carries over to the OP. So, what went wrong?

The problem with Kakushigoto episode 1 is that this opening sequence doesn’t gel very well with the rest of the show. Immediately after the OP, we plunge into the scene of Hime’s birth, where an unfortunate altercation leads Kakushi, her father, to vow to hide his true profession from his daughter for as long as he lives. On a visual level, there’s a clear step-down, with much of the detail being lost in the lighting and background art. On a narrative level, there’s also a clear gap between the wistful tone of the previous sequence and the comedic tone of the next. 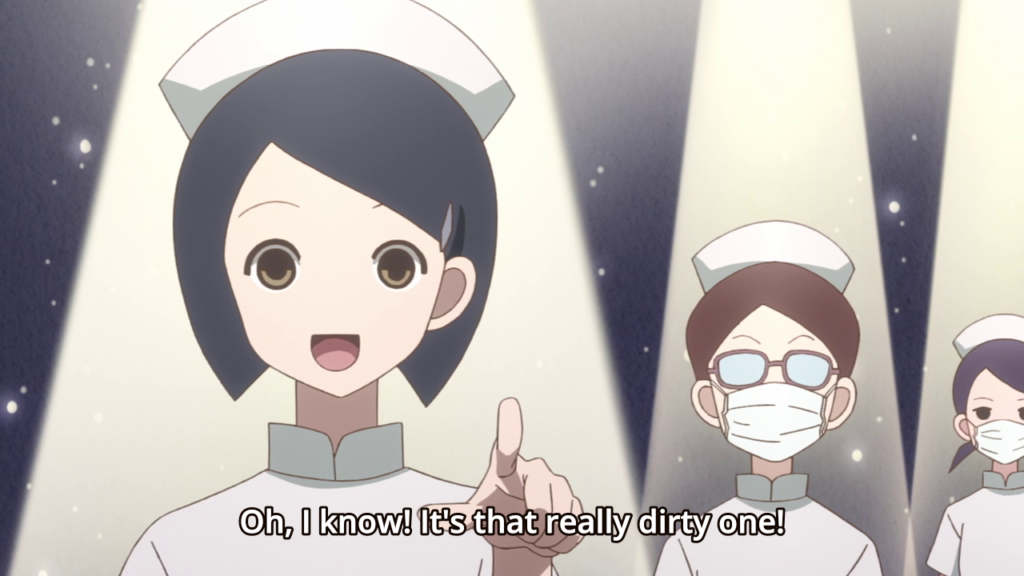 One way that Ajia-Do could have overcome this tonal whiplash is by inserting an anime-original sequence that bridges the gap between the beginning and the main body of the show, but herein lies the second problem: adaptation. Kakushigoto episode 1 is more or less a direct adaptation of the original manga from chapters 1 through 11, following its basic structure even if it does not necessarily adapt everything that lies within. (If that sounds like a lot of chapters, then that’s because they are very short.) As a result, this precludes the possibility of adding anything that is needed to account for the differences in medium.

Even when Kakushigoto episode 1  does veer away from the original manga, it’s often not for the better. Several of the gags have been gutted to make room for more chapters, which deprives them of the time and space that they need to fully breathe. One example of this comes when Kakushi is talking about how to become famous so that he can fulfill Hime’s wish. In the manga, the eventual punchline – Ami shooting down the whole idea – is prefaced by a whole load of other, escalating examples of what it means to become famous, and what it consists of. But in the anime, we cut straight to the punchline. It seems like such a waste.

Nevertheless, I don’t want to sound too negative. Purely as a fan of the original manga, I enjoyed seeing all of my favorite characters walking and talking on screen. Some gags, too, did land the way that they were supposed to – the whole sequence featuring Kakushi’s new editor and his t-shirt was hilarious, and the Starbucks scene was delightfully dark. Furthermore, massive credit should be given to the translators and scrubbers over at Funimation, who are doing their level best to put Kumeta’s Japanese wordplay into English. I don’t envy them!

On the whole, however, Kakushigoto episode 1 confirmed my worst fears. The lack of attention to detail when it comes to adaptation left this opener suffering from tonal whiplash and lacking any gut-busting laughs, which is a damn shame. It is hard to say if Studio SHAFT would have done a better job, but part of me certainly believes so.

In any case, I’ll be watching intently next week to see if things get better – not just because I want to see the adaptation succeed, but because the team won’t have a special opening sequence to contend with, which may give them a little more legroom.

You can watch Kakushigoto episode 1 via Funimation.