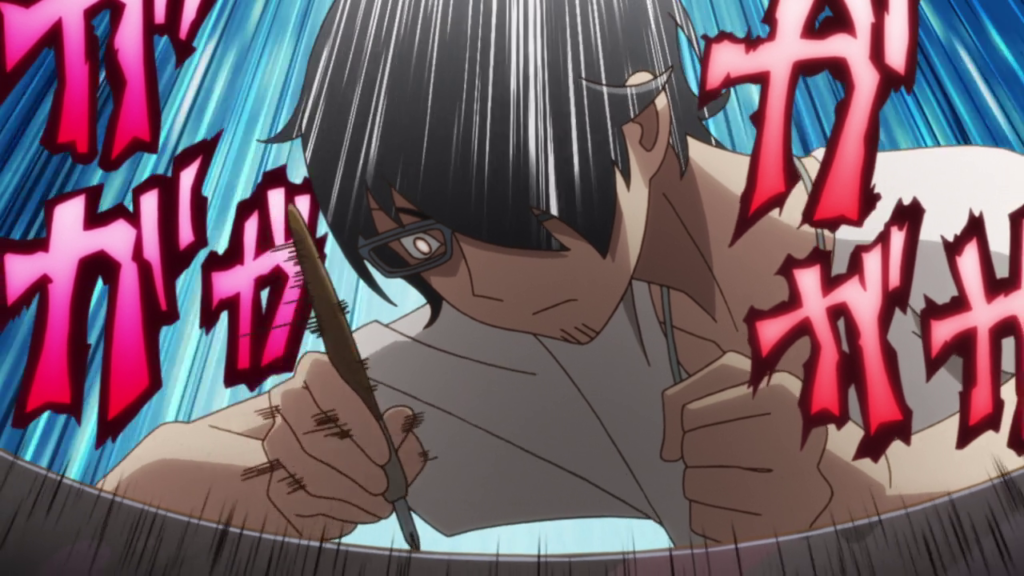 The out-of-sync strangeness continues in Kakushigoto episode 10 as Kakushi and his assistants see in the end of their fictional year. Unfortunately, that also means facing up to all of the stress that comes with it – finishing up manuscript, for one, but also all of the accumulated illness that tends to hit when we least expect it. There is fun to be had, but it will take a while before we get to it.

A company like Goto Production is faced with two choices: either work at normal pace and enjoy a couple of days off, or work a little harder and finish two manuscripts at once to enjoy entire weeks (!). If that insight into the brutal world of serialized storytelling doesn’t interest you, then perhaps Kakushi’s motivation will: even though he says that he plans to take the second option, he completely lacks the motivation to do so until the moment where a vacation with Hime is on the line. This is an excellent piece of characterization, and a funny one at that.

This part of Kakushigoto episode 10 also offers an opportunity for the relationship between Kakushi and his editor, Tomaruin, to shine once more. If last week’s hilarity wasn’t enough, then just a few exchanges during the end of year crunch should stop you dead in your tracks. Kakushi complains that he didn’t let him know about his plans to go to Hawaii, but the editor quite rightfully makes the point that he may have tried to sabotage them if he did. The manga artist tries to brush that accusation off, but it turns out to be a fair estimation. Cue laugh track. 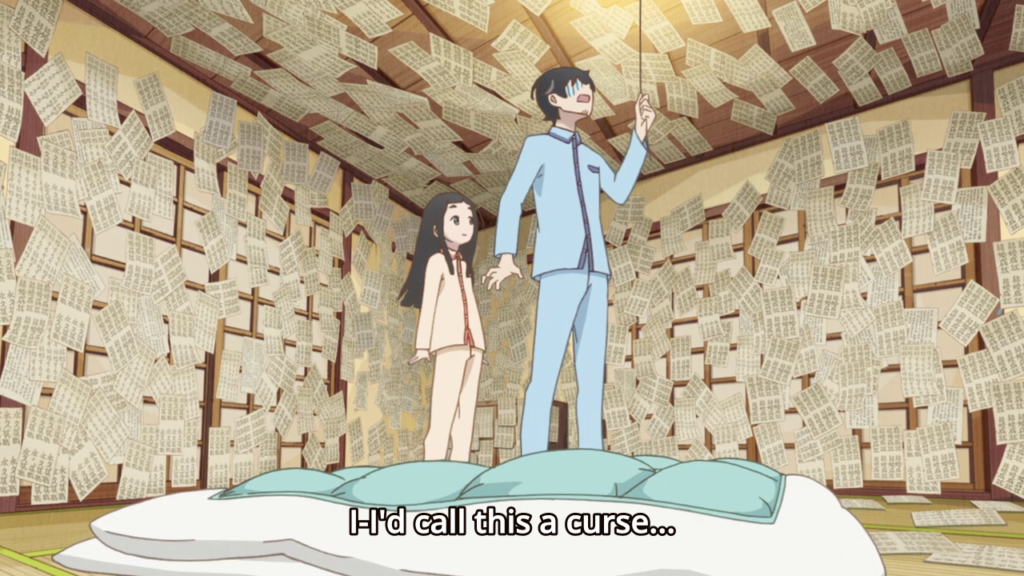 One part of Kakushigoto episode 10 that didn’t inspire many laughs was the second third, as Kakushi falls ill. Perhaps it’s my own personal prejudices, but I don’t find the idea of three women lusting after Kakushi for almost no reason to be very funny. True, they were introduced and developed in an earlier episode, but the idea of putting them in his bedroom also made me quite uncomfortable. This also doesn’t seem like something Kakushi would realistically allow – especially as his assistants are also there – so the comedy feels a little cheap.

Things do, however, pick up a little bit once Kakushi and Hime head out on vacation. For one, there is a strong emotional beat as the single dad worries about what people may think about going on vacation with his daughter alone, but this turns out not to be a problem. There is also the mystery of the neighbouring room, which is threaded throughout this section of Kakushigoto episode 10. Supposedly, it is undergoing “remodelling,” but we all know from Chekov’s gun that this can’t be true. As a result, the truth behind it naturally forms the climax of this episode.

Perhaps the most interesting part of Kakushigoto episode 10 is, however, how close Kakushi comes to telling his daughter his secret. This is presented in a comedic manner, during a scene where other vacation-goers admit their secrets to each other – cleverly foreshadowed by an earlier conversation with a staff member, who reveals the “private” nature of the inn that they are staying at – but once the focus switches to Kakushi, something interesting happens: he is almost about to admit that he is a mangaka, before he is cut off by Rasuna’s scream. 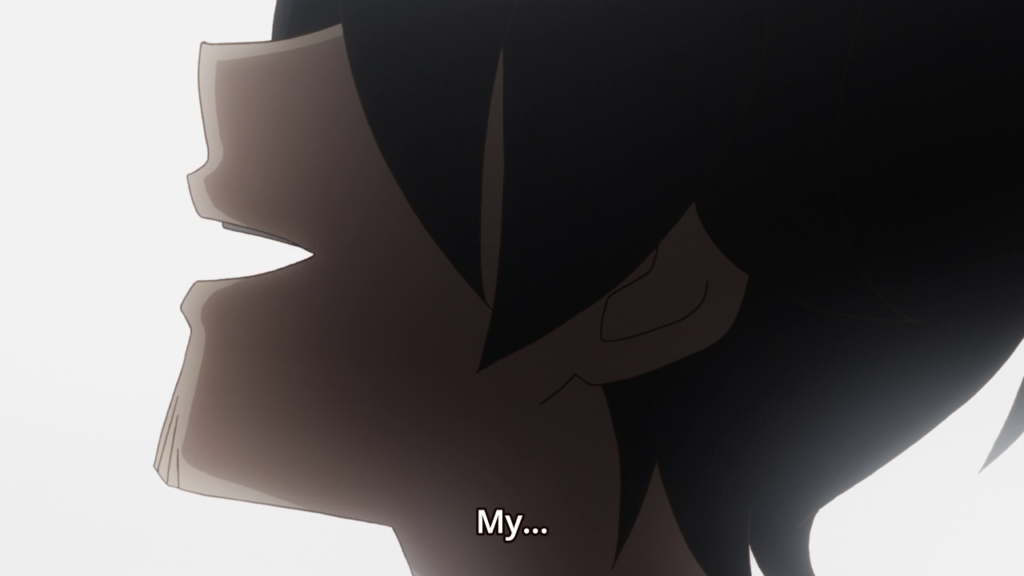 You could call this simple comedy, but the end of Kakushigoto episode 10 makes it quite clear that there is something going on here. In the future narrative, it is revealed that Kakushi quit being a mangaka once his tragic past was leaked to the press – his secrets are not as secure as they may seem, including the one he is keeping from Hime.

Nevertheless, it must be said that Kakushigoto episode 9 felt a lot weaker in comparison with other recent episodes. Certainly, it is much stronger than the adaptation’s disconcerting beginning, but several key moments failed to have an effect. Even the final gag, with Kakushi taking the role of the “ghost,” wasn’t particularly funny.

Whether or not this is the fault of the adaptation or simply a weakness of the source material, I don’t know. The anime has now officially moved beyond the content within the volumes that I currently own (one through six) and I don’t feel like buying the rest. What I do know, however, is that Kakushigoto episode 10 takes the beginning of chapter 16, volume 6 and skips the rest. Make of that what you will!

You can watch Kakushigoto episode 10 via Funimation.