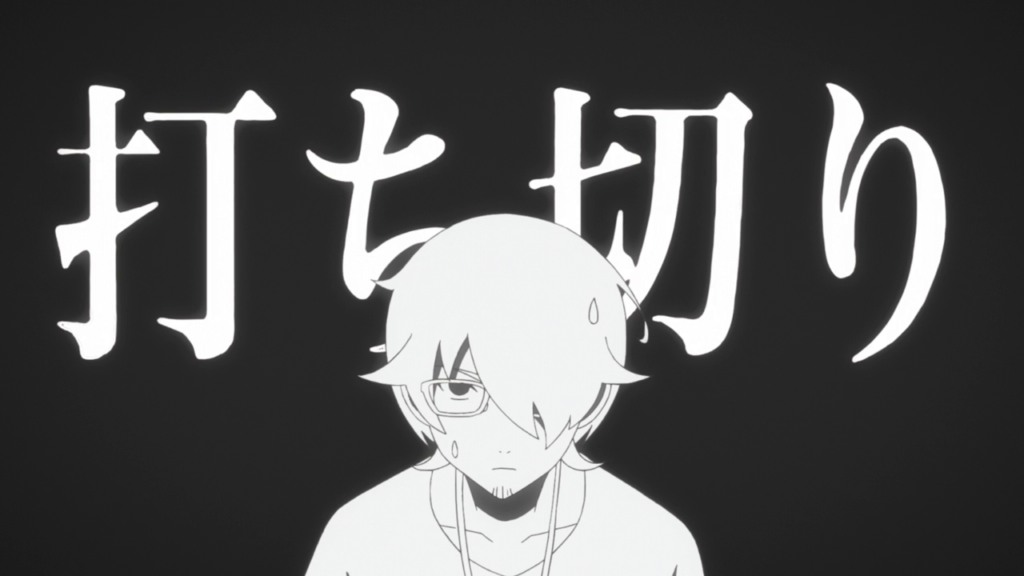 Even without looking at the episode count, it’s obvious that Kakushigoto episode 11 is the penultimate episode of the series. It swerves very decisively towards an ending, setting up various important questions for next week’s episode to answer and plot threads to address, but not before dropping a fairly sensational cliffhanger. Compared to Tower of God, which also aired its penultimate episode this week, it therefore feels a little more exciting.

Even so, at least for the time being, let’s focus on the content of this episode and this episode alone, without worrying too much about the future. Kakushigoto episode 11 is, in itself, based on a series of misunderstandings that build and build to an almost ridiculous degree – that is, until you realize that almost all of these misunderstandings are just a way for the series to get into gear for its finale.

The first misunderstanding comes at the very beginning of Kakushigoto episode 11, where Hime asks her father for a ‘family meeting.’ Immediately, Kakushi starts fretting and eventually jumps to the worst possible conclusion: that she doesn’t actually believe that he can handle all of the birthday party celebrations, established in episode 8. 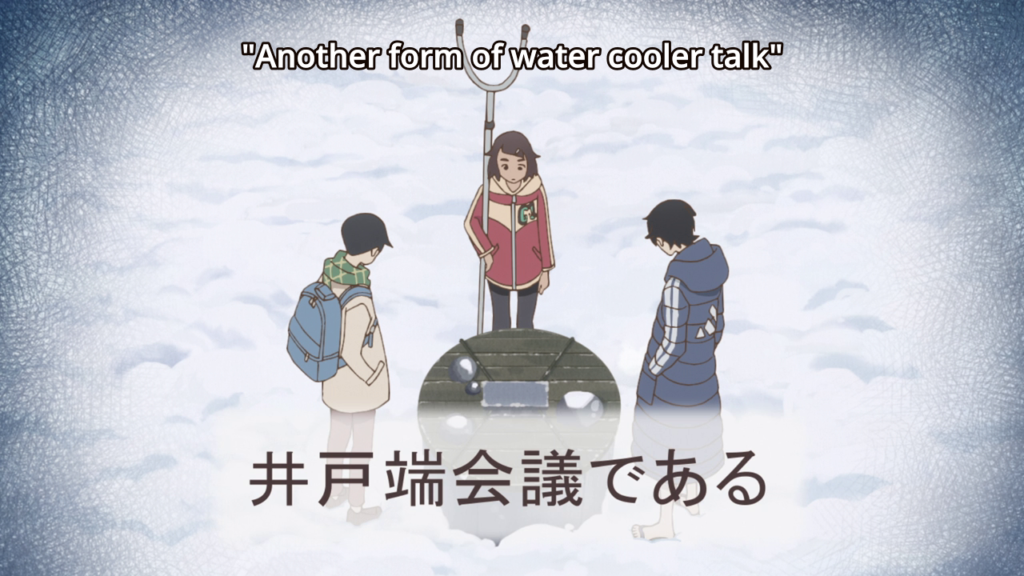 Another aspect of this misunderstanding comes in the form of ‘water cooler talk.’ Unfortunately, this joke works a lot better in Japanese due to the kanji literally meaning “well meeting,” but Funimation’s subtitles do a fine job communicating this by taking the modern usage of the term and translating it as such. This does lose slightly the connection with the well that crops up at so many points during Kakushigoto episode 11, but there probably wasn’t much else that the translator could have done.

The meeting misunderstanding then further builds and morphs as Kakushi somehow interprets Tomaruin’s invitation to a dinner with the editor-in-chief to mean that his series is getting axed. The actual meeting doesn’t help clear things up, either, as the editor-in-chief thinks that he’s actually asking for color pages (another clever tie-in to episode 8) when he’s actually asking for a little more time to finish up the series in the best way possible.

What’s hilarious about this misunderstanding is the fact that it actually leads to a spike in quality. As Rasuna’s narration in Kakushigoto episode 11 states, a manga artist under threat of cancellation can actually improve rapidly as they “no longer have anything to lose.” In Kakushi’s case, he no longer cares what people may think about him, so his comedy goes completely off the rails. The readers then lap this up. 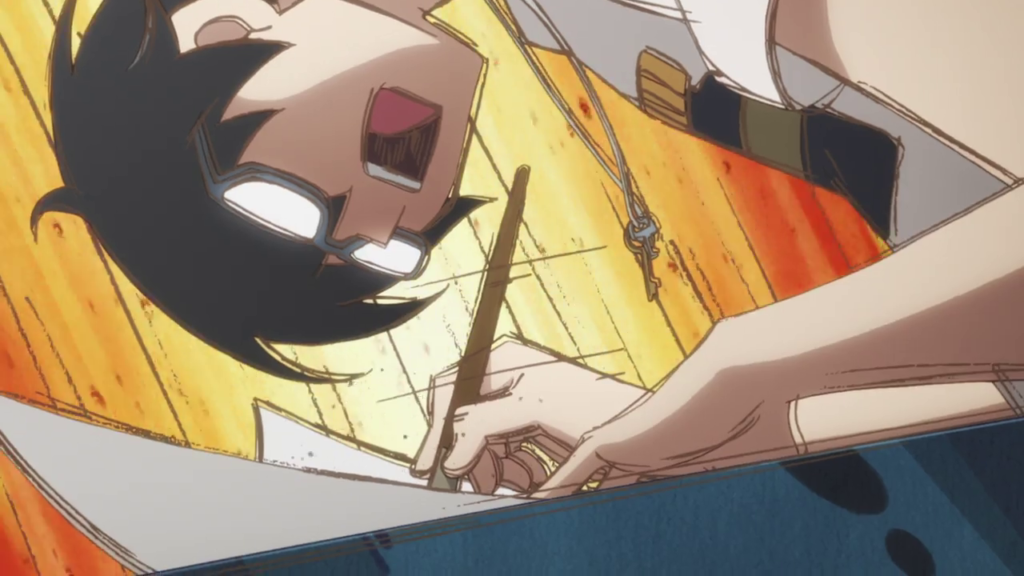 Nevertheless, this does have tragic consequences. Eventually, the quality of Kakushi’s work drops once more, especially as his assistants lose all motivation, and the artist faces the threat of cancellation – for real this time. So while it is never outright stated, it is quite clear from the order of events in Kakushigoto episode 11 that this is what leads to the state of affairs in the future, where the old house has been sold and Hime’s father is apparently absent. Some earlier narration in the episode also explains that the time between series is often the worst for creators – something which is portrayed in vivid detail and realism in Inio Asano’s Downfall, recently released in English for the first time.

Combining the comedic with the macabre has always been one of the series’ key traits, but pairing the very real consequences of cancellation alongside such regular buffoonery as Tomaruin’s carelessness can feel a little jarring. This is doubly case when you think about the thematic connection with Downfall. But it is undeniable that Kakushigoto episode 11 sets up very nicely for next week’s finale, posing several questions: what happened to Kakushi after he got cancelled? Why is he absent from Hime’s life? And is Hime really not his biological daughter, as the preview implies?

If you went into Kakushigoto expecting another laugh-a-minute Koji Kumeta comedy, then this episode may certainly betray your expectations. But the manga has always functioned, at least partially, as a way for the creator to reflect on his life and times as a mangaka. Now that he’s dealing with the fallout of cancellation, everything is on the table.

You can watch Kakushigoto episode 11 via Funimation.