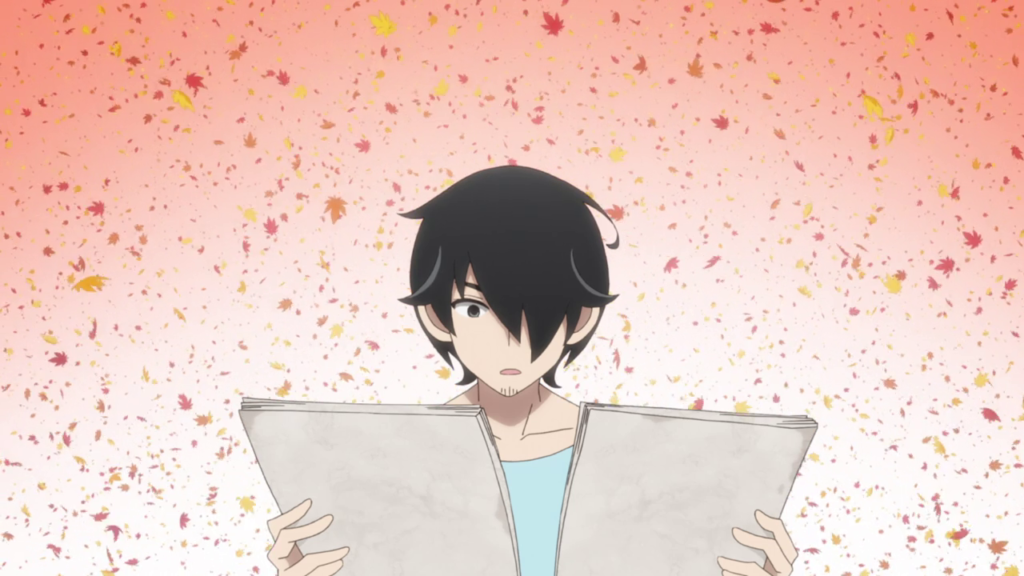 It all comes full circle in Kakushigoto episode 12 as we finally get some answers to the burning questions that have pervaded the narrative since day one: what’s the deal with the multiple timelines? Why has Kakushi seemingly abandoned his daughter? Who gave her the key to the house in Kamakura? As a result, there’s not many laughs to be had this week, but the series more than makes up for that in terms of emotional payoff.

First of all, Kakushigoto episode 12 has to deal with the cliffhanger that rounded out last week’s episode. As it turns out, Hime is not someone else’s “secret love child” – that accolade goes to Kakushi, who was the product of an affair between a famous kabuki actor and his mistress. That information is revealed by a new character, who shows up for a single scene, as well as a conversation between Rasuna and Tomaruin that reveals that Hime’s grandfather is, indeed, the Japanese-style painter that appeared in episode 6.

None of this information has much bearing on the actual events of Kakushigoto episode 12, which makes it feel like the series is more scrambling to cover its tracks after a shallow bait and switch than attempting to provide narrative clarity. Still, as the episode goes on, things do get better: we finally learn why Hime has been apparently abandoned by her father – he’s in a coma – and how he ended up quitting manga – his private life was leaked to the press – all of which do provide satisfactory answers to those burning questions. 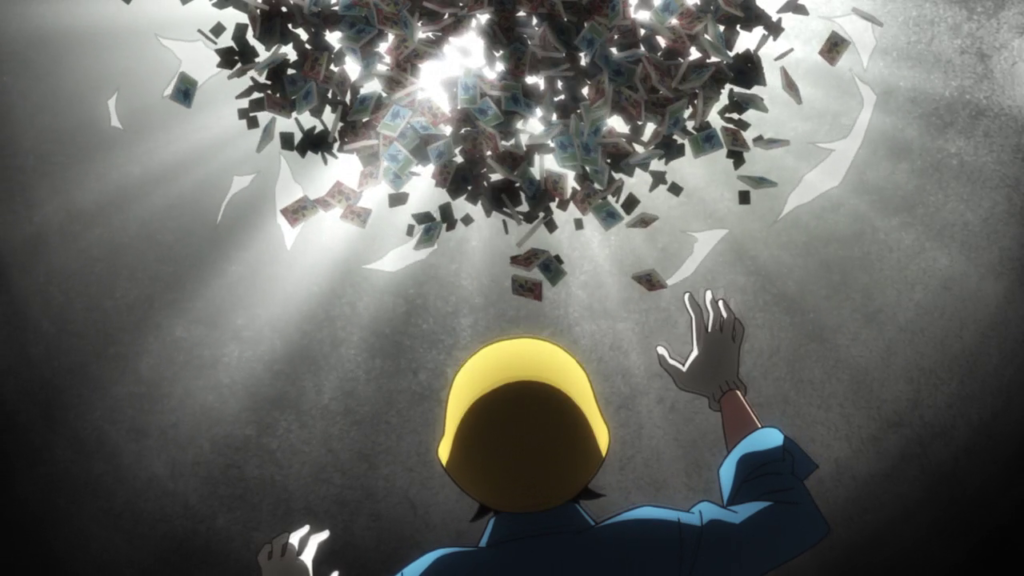 Within these answers, there are several elements that are worth focusing on. Firstly, you could have actually guessed that Kakushi was still searching for his wife in the previous episode, when he looked at a bill that contained such expenses as “diving fee.” Secondly, the actual way that Kakushi ended up falling into a coma contains a lot of irony – as Tomaruin says, it was in trying to run away from manga by taking on manual jobs that put him into a situation where he was crushed by a falling pallet of manga magazines. Truly, reality is stranger than fiction.

In any case, the main narrative in Kakushigoto episode 12 comes when Kakushi regains his consciousness, but is afflicted with amnesia. My first thought was that this was incredibly predictable, but Tomaruin makes the same point, so it is clear that the story is aware of its own kitschiness. Further developments then also serve to reframe the whole structure of the show up until this point: Kakushi is stuck reliving the memories from seven years ago, as that was the time where he was having the most fun both at work and at home. This suggests that all of the gags that we have seen up until this point may, in fact, have been a product of Kakushi reliving his memories in amnesia – that would certainly be an interesting interpretation.

For a while, Hime is fine with letting her father wallow in the past. But when he says that nothing would make him happier than “Hime growing up big and healthy,” she changes her mind; this provides the emotional beat for the narrative to pivot and head into its climax. This is even accompanied by an intensely melodramatic running scene, as the music swells and the Meguro Detective Agency heads to the house in Kamakura. It is then by showing Kakushi all of the manuscripts from the end of Tights’ run that he regains his memories. 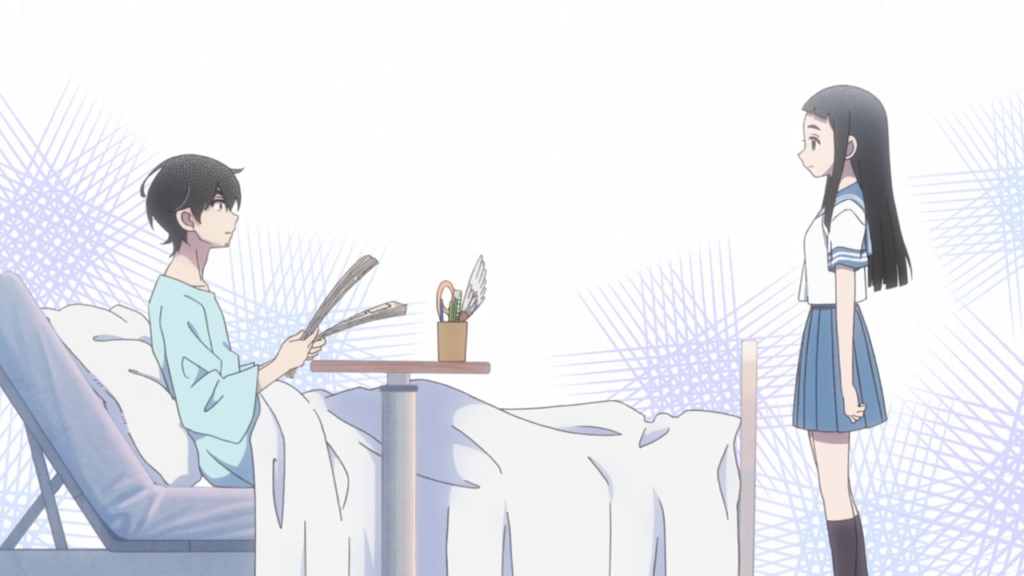 Here, we come to Kakushigoto episode 12’s big problem: the presence of Hime’s friends. In the original manga, there are many scenes involving their adventures as the Meguro Detective Agency, but previous episodes of the anime have chosen to skip over them. As a result, the importance of the four girls feels a little overinflated in terms of their actual contribution to the narrative – Naru as well, who is investigating the Gotou incident as a reporter.

Still, that doesn’t take away from the emotional payoff of the climax, nor the way that the series was able to wrap up all of the previous plot threads into a neat bow. Truthfully, the final scene between Hime and Kakushi as he regains his memories really made me reflect on the role of a creator – there may be tough times, yes, but there are also fun times that can be easy to forget in the heat of the moment. If serializing a manga and keeping that a secret from your daughter is tough, then that can also be fun, too.

On the whole, the Kakushigoto anime turned out to be a fine adaptation. It had its fair share of problems at the beginning, as it attempted to compress the source material and reel off more gags than it could chew, but Kakushigoto episode 12 serves as an encapsulation of the fine work that Ajia-Do has done in recent weeks in slowing down and allowing us to spend more time with the series’ cast of characters. While it would still be difficult for me to recommend the anime over the original manga, if you end up watching this anyway, then it’s not a bad way to experience it.

You can watch Kakushigoto episode 12 via Funimation.