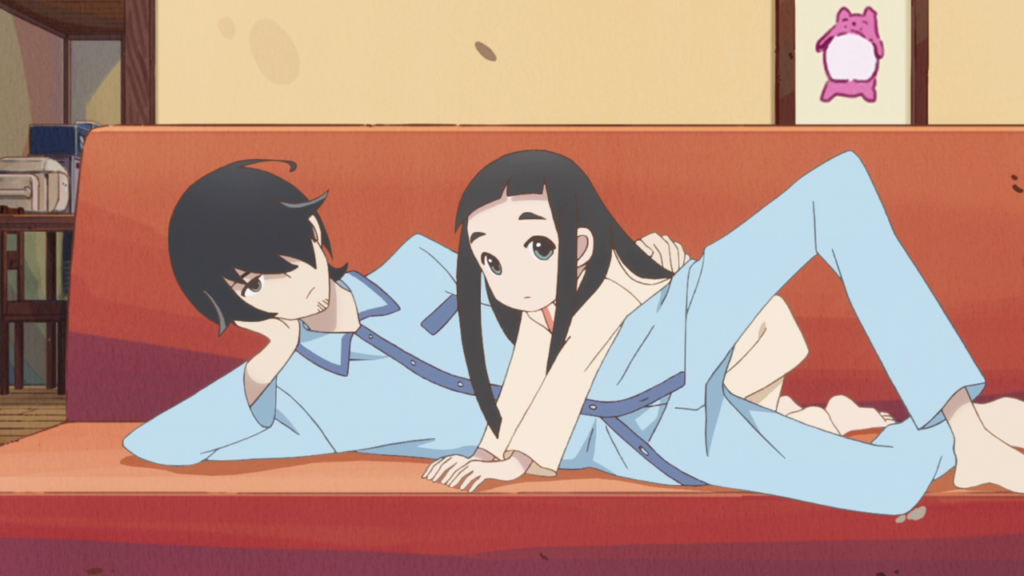 If last week’s Kakushigoto episode sketched a path to success on the basis of its second half, then Kakushigoto episode 5 goes the whole way. Both halves of this episode are equally entertaining, as Kakushi both judges a newcomer manga contest and finishes up a last-minute manuscript in luxurious confinement. All in all, by allowing the source material time to shine, Ajia-Do has succeeded in crafting what is most likely the best episode of the show to date. Things are looking up.

Probably the most entertaining thing about Kakushigoto episode 5 is just how many jokes it makes at the expense of the manga industry, as well as Kakushi as a manga author himself. One of the most interesting things about the original manga is the fact that it is, at least partially, based on the experiences of a man who has been at the center of the industry for the better part of 30 years, which provides a sense of insight that other gag manga don’t usually provide. So when the series makes comments about the fact that the printers no longer prioritise manga magazines anymore (candy wrappers are apparently more profitable) or the fact that an author like Kakushi is considered a “duty” by many editors (something which Kumeta has probably also experienced himself), you know that it has to be true, at least in some sense.

Within the humor, however, are some genuinely profound insights into the industry as a whole. Kakushi’s advice to Keshi about his manuscript when judging for the newcomer competition actually gave some concrete basis to my own process when reading a series for the first time, particularly with regard to exposition and narration. Tomaruin’s explanation that gag manga with dirty jokes often get pulled up at the final, proofing stage is also something that I’ll try to keep in mind going forward whenever I cover ongoing comedy series. 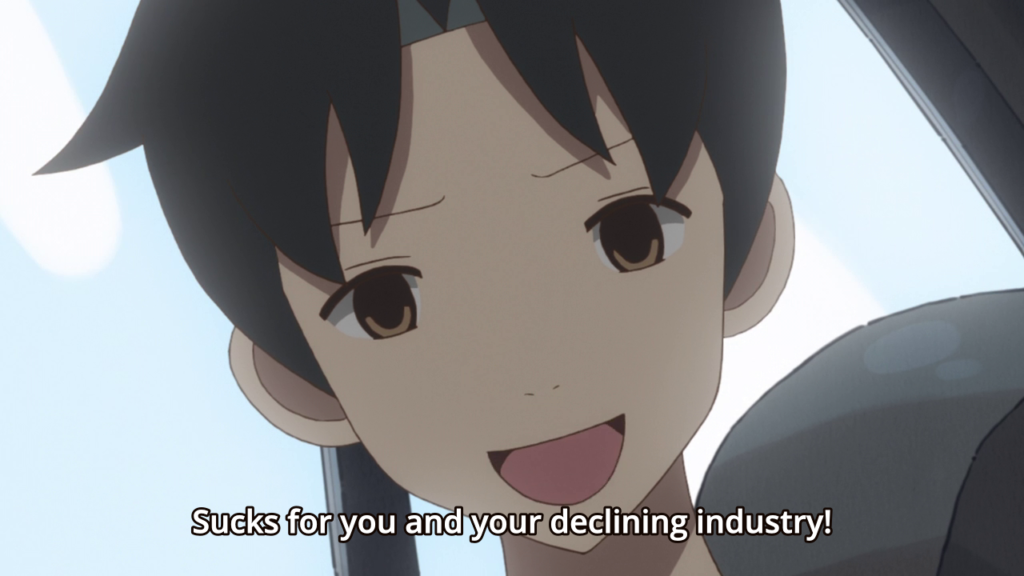 Speaking of Tomaruin, the scummy editor really gets a chance to shine in Kakushigoto episode 5. He has been around since the very beginning of the series, but it has not been up until now that his true comedic potential has been demonstrated. So much of the humor of this episode stems from his actions – his flippancy with regard to Kakushi’s feedback on the newcomer competition and blatant disregard for Hime’s health and safety (he’s more interested in Nadila), to name but a few. My heart goes out to any mangaka that gets an editor like him.

Although I said that both halves of Kakushigoto episode 5 work very well, the second half has to be my favorite. Trapping Kakushi in a room with his assistants to finish up a last-minute manuscript while he frets about Hime is about as hilarious as it sounds, especially when the ante just keeps getting upped: first, Rasuna appears from the shower, then wannabe idol Naru appears at Hime’s door, and then Keshi turns up for a bathrobe party… It builds and builds in a way that we’ve not yet seen from the anime, which often cuts out the lead-in and build-up of Koji Kumeta’s original gags.

Nevertheless, there are some changes from the original manga. Some gags are skipped over, such as Kakushi’s worry that some of his assistants may have entered the newcomer competition (they didn’t) and the parallel experience of the “mangou” Fujita Katsuhiro, who may or may not enjoy his time in manga confinement. But the majority of these changes don’t affect the overall narrative – in fact, they help to shore up the episode’s pacing, which keeps things moving along at a nice speed. The only change I’m a little miffed at is the one pertaining to Ami, where we don’t get to see her in a bathrobe. But that’s entirely personal.

Last week, I ended my review by saying that I didn’t expect Kakushigoto to repeat its newfound success. It makes me quite happy to say that my expectations, or lack thereof, were thoroughly disregarded. Kakushigoto episode 5 is by far the best episode of the series yet, delivering a solid first and second half with plenty of funny gags, character exchanges, and industry insights – all the while not making too many diversions from the original manga. If Ajia-Do can keep this up, then perhaps the anime can live up to the hype, after all.

You can watch Kakushigoto episode 5 via Funimation.