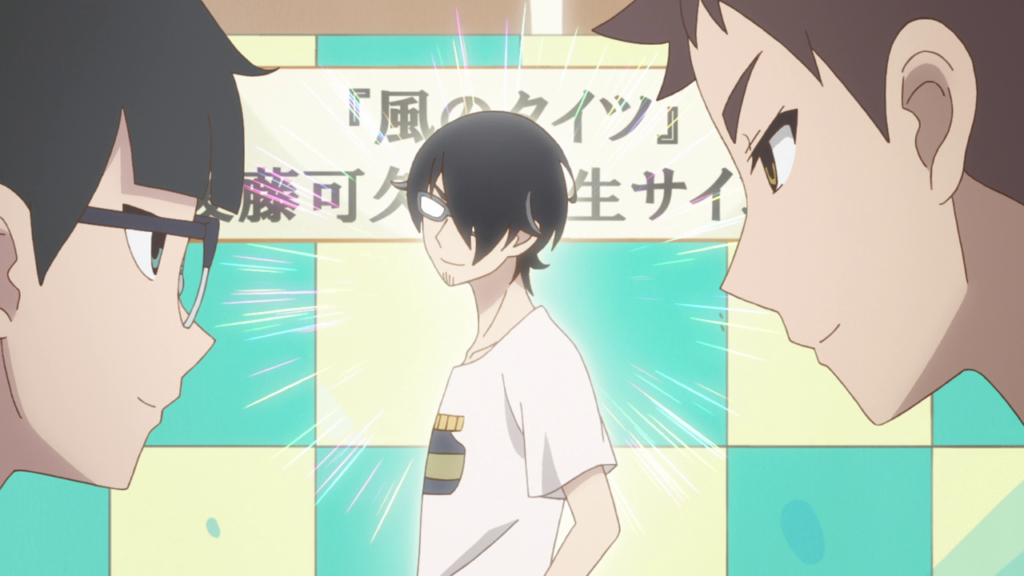 It is not very often that I laugh out loud when watching comedy anime. At best, you may be able to elicit some sort of light chuckle, but that’s usually it. You can imagine my surprise, then, when Kakushigoto episode 6 made me chortle multiple times throughout its 24-minute runtime. What did it do right that so many others failed to do?

Above all, it’s the charismatic personalities of its cast of characters. In any series, not least of which a comedy series, the characters are integral as they are ultimately what viewers become attached to and relate to the most. While my experience with Koji Kumeta’s original manga already proved that the series had this aspect down pat, the anime had yet to demonstrate to me that it could replicate it – that is, until Kakushigoto episode 6, within which the comedic situations proved that these characters really could work.

The focus here is Kakushi, who deals with both his lack of self-confidence and flippant, self-centered nature over the course of this episode. Previous episodes seemed to have forgotten, or at least downplayed, his core conceit – wanting to hide his job from his daughter – but here, it is put front and center and delivered upon with maximum comedic potential. Watching Kakushi both struggle to comprehend the fact that he has fans who want to receive sign boards from him and completely change his outlook on life due to an offhand comment from Hime is equally entertaining, only helped along by Hiroshi Kamiya’s excellent voice acting. 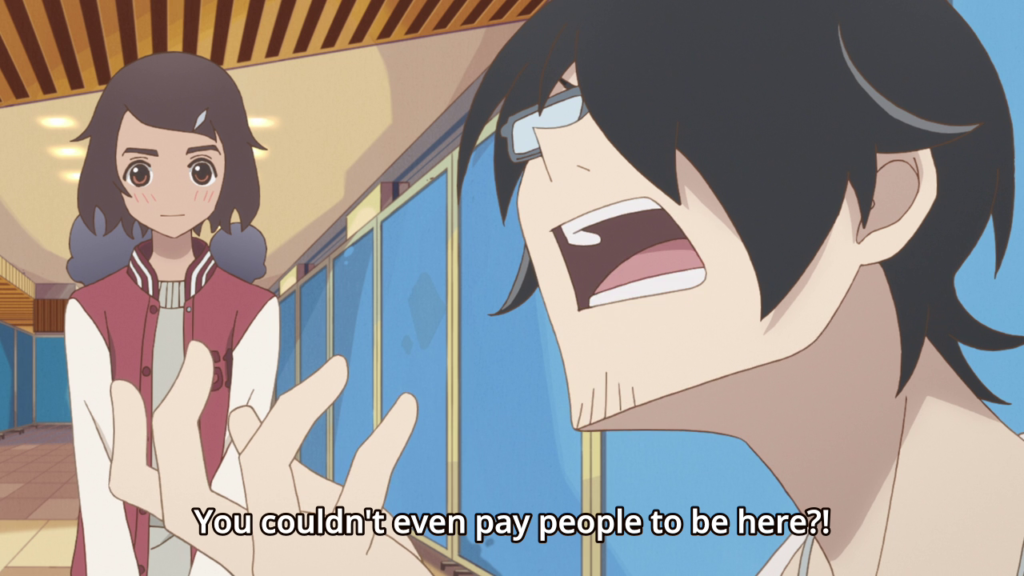 There are also characters who shine in Kakushigoto episode 6, such as Tomaruin, who continues with his assholery from the previous episode. There’s also Keshi and Ami, who try to pass themselves off as Hime’s relatives by inventing crazy backstories (it doesn’t work). The net result of all this is that the episode is practically a laugh-a-minute, with several lines – “Okay, I’ve memorized your faces”/”Like we could afford to hire people to stand in line for someone like you!” – completely breaking me to the point where I had no choice but to laugh out loud. Props to Ajia-Do, I guess.

Aside from the laughs, Kakushigoto episode 6 benefits from a much stronger narrative through-line this time around, as previous episodes were often composed of distinct A parts and B parts. This episode is actually only made up of one part, with each half flowing into each other remarkably well – Kakushi’s fluctuating self-confidence leads him to take on an autograph event without realizing, which leads into the second half at Kidzanira, etc. etc. – in fact, Kakushi’s lack of self confidence could be seen as the core conceit of the episode, eventually leading into its conclusion, where he realizes that he is appreciated by his fans, after all. 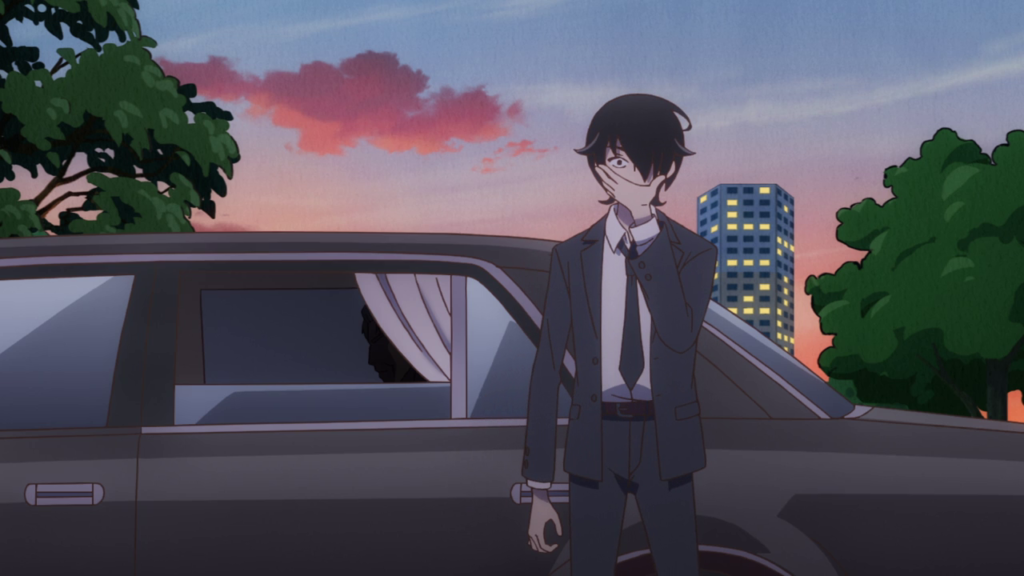 Another, more mysterious through-line is that of “Naoto Date,” who sends Hime a school backpack every year and contributes to the lead-in of this episode. We don’t get a firm answer as to who his figure is, although their conversation with Kakushi on the way back from work makes pretty clear that they are some sort of relative of his deceased wife, given that he mentions marriage. But I’m sure that we’ll see more information as the series goes on, so I’ll leave it at that.

Moreover, this otherwise errant plotline feeds back into the core conceit of Kakushi’s lack of self-confidence, as Date’s comment makes him question his worth as a manga author. In this sense, the polished structure of Kakushigoto episode 6 is quite impressive. Nevertheless, in order to achieve this, the studio was forced to leave several elements on the cutting floor – the train journey to Kidzaira, for one, as well as Kakushi’s walk home accidentally wearing the backpack.

As we have seen in previous episodes, these choices are nearly always made for the better. Furthermore, the studio has come a long way from its disconcerting first episode, which attempted to squeeze in too much while also squeezing out most of the comedic potential of the source material. With Kakushigoto episode 6, however, the series advances one rung further on the ladder to greatness.

You can watch Kakushigoto episode 6 via Funimation.