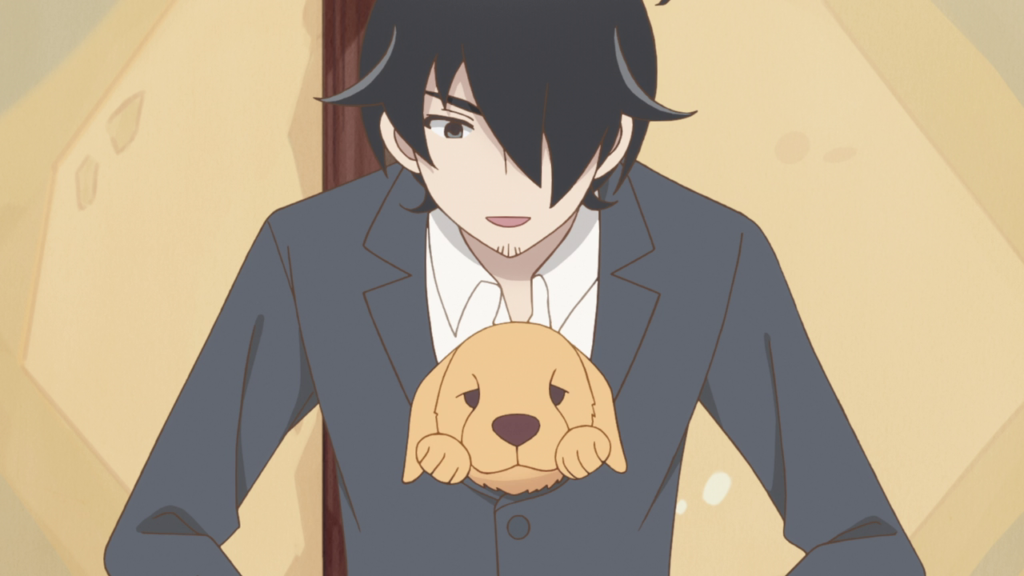 It’s all about dogs in this week’s Kakushigoto episode 7, as Hime finally persuades her father to adopt a furry friend, which Kakushi’s assistants couldn’t be more happy about. There’s also an air of mystery afoot, as Hime’s mysterious grandfather makes another appearance and the inclusion of a certain painting gives us some hints as to his identity. All in all, it’s another strong episode in a string of strong episodes that makes the relatively weak first episode seem that much further in the rear view mirror.

On a personal level, I very much enjoyed Kakushigoto episode 7’s focus on the wonderful world of dog ownership, as I am also the proud owner of a gorgeous Miniature Schnauzer/Shih Tzu mix named Poppy. But even if you’re not a dog owner, the comedy of this episode should shine through – not least of which because of the outrageous reactions of Kakushi’s assistants, who are arguably even more excited then he is at the prospect of getting a dog. 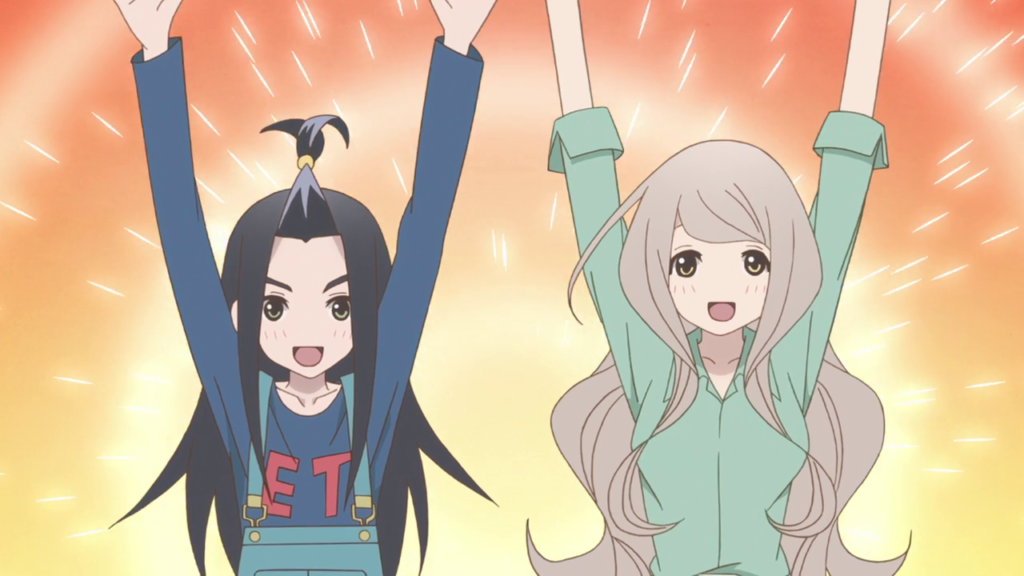 Moreover, Kakushigoto episode 7 outlines the strange parallels that exist between the experience of looking after a dog and being a mangaka. Firstly, Kakushi points out that getting a new serialization is much like getting a new dog – you can’t give up halfway, lest the quality suffer (in this case, the dog’s life) – and then the episode goes on to tackle the old adage of dogs looking like their owners, comparing it to the way in which the art style of an assistant eventually comes to resemble that of their employer, even if they eventually outclass the master as a result.

Kakushigoto episode 7’s keen focus on the central conceit of dog ownership, however, makes that much clearer the instances where Ajia-Do was forced to skip over or cut things out of the original manga. For starters, there is a whole skit missed out about the general public identifying mangaka by the defining features of their work in the same way that owners get ignored in favor of their dogs in chapter 37, and the phone call that leads Kakushi on the tangent of likening getting a dog to getting a new serialization is missed out on chapter 35.

But these omissions are only noticeably when comparing Kakushigoto episode 7 to the original manga, so it is perhaps better to focus on the missteps of the adaptation itself. One of the first things that rubbed me the wrong way was the sudden cut from skit at the start to the OP, which begs the question of why even adapt the skit in the first place. Another thing that is more relevant to the English subtitles comes in a scene between Rokujo and Kakushi, where she misinterprets the connotations of what he is saying about an assistant. 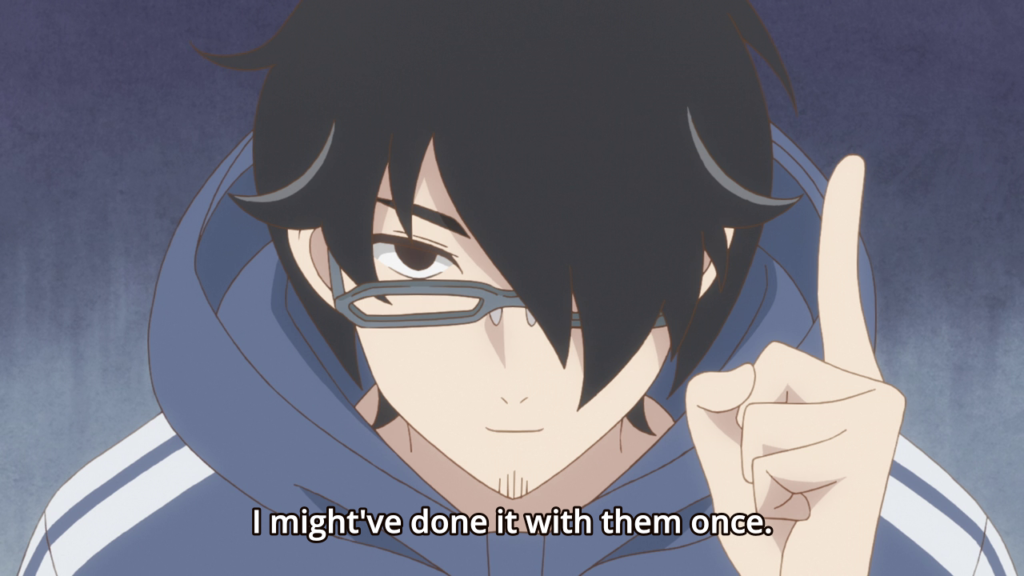 In the manga and in the Japanese voice lines, it is clear why Rokujo would immediately assume the worst by Kakushi’s use of the word ‘ko’ (child). Kakushi’s only using that word because he is much older than his assistants, but Rokujo assumes that he is talking about a literal child. Nevertheless, the Funimation subtitles do not convey this nuance very well, instead talking about ‘someone,’ which doesn’t help the viewer much in understanding the misunderstanding.

Funimation recently got into trouble because of one of their more ‘inventive’ Kaguya-sama subtitles, so I’ll leave it at that. There is also another part to Kakushigoto episode 7 – that being the ongoing mystery surrounding Hime’s family and the fate of her mother – that is deepened not only by the recurrent scenes in the future (which I have neglected to talk about for a good while), but also the painting of Hime’s mother and the family dog’s descendant, which suggests pretty clearly that Hime’s grandfather is in fact the traditional Japanese artist alluded to in previous weeks.

The fact that Kakushigoto episode 7 simply flew by without me really noticing the divide between the two parts should be evidence enough that this episode is yet another step on the adaptation’s road to redemption. We’ll see what next week has to offer, but by now, I am pretty sure that the show has the capacity to succeed. Let’s hope I don’t eat my words!

You can watch Kakushigoto episode 7 via Funimation.