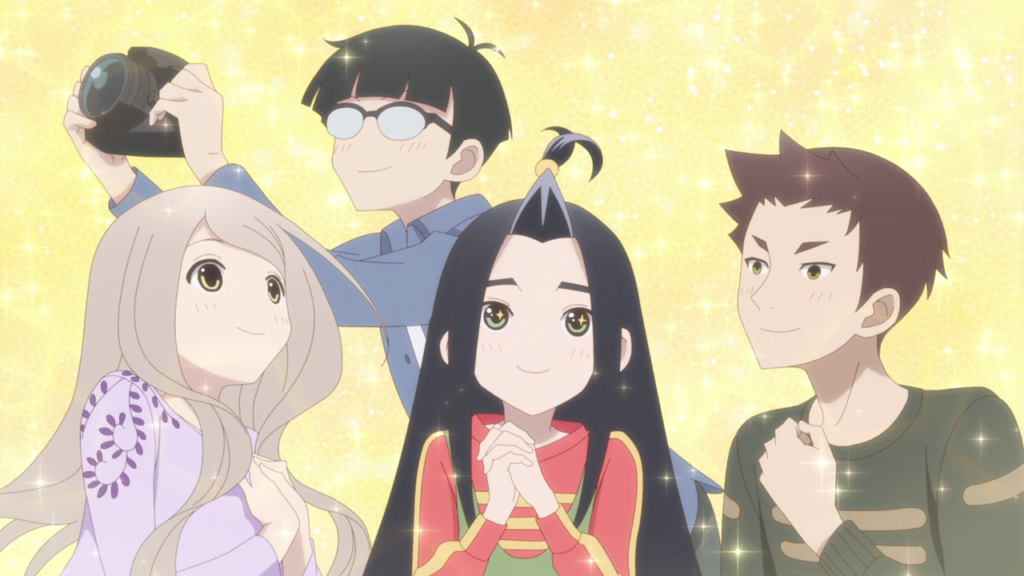 The fact that it is May and summer is only just around the corner makes covering the ‘end of year’ party as it appears in Kakushigoto episode 9 feel quite strange, Kakushi shares my sentiment: given that manuscripts are finished a couple of weeks before they are published, he ends up feeling like a ‘time traveller’ as the characters of Tights in the Wind already go through such celebrations Christmas and New Year’s before they’ve even begun in the real world. But hey ho, on with the review.

Kogansha’s (sic) end of year party is the thread that runs through the entirety of Kakushigoto episode 9, binding the two halves of the story together and making it much more coherent than other, more disjointed episodes in the past. More importantly, it’s also hilarious: Kakushi’s assistants are really up for going, which makes it incredibly entertaining to see them up their expectations while we, the viewers, and Kakushi both know that this year’s event is nothing more than a glorified nomikai (lit: drinking party).

The reason given for this celebration in Kakushigoto episode 9 is also pretty interesting. Tomaruin cites the “publishing recession,” which presumably refers to lowering circulation of manga magazines and collected volumes since the 90s. There’s also an interesting moment during the party where Tomaruin’s bosses turn up – saying that there’s “no time to fight” because of the economic situation. 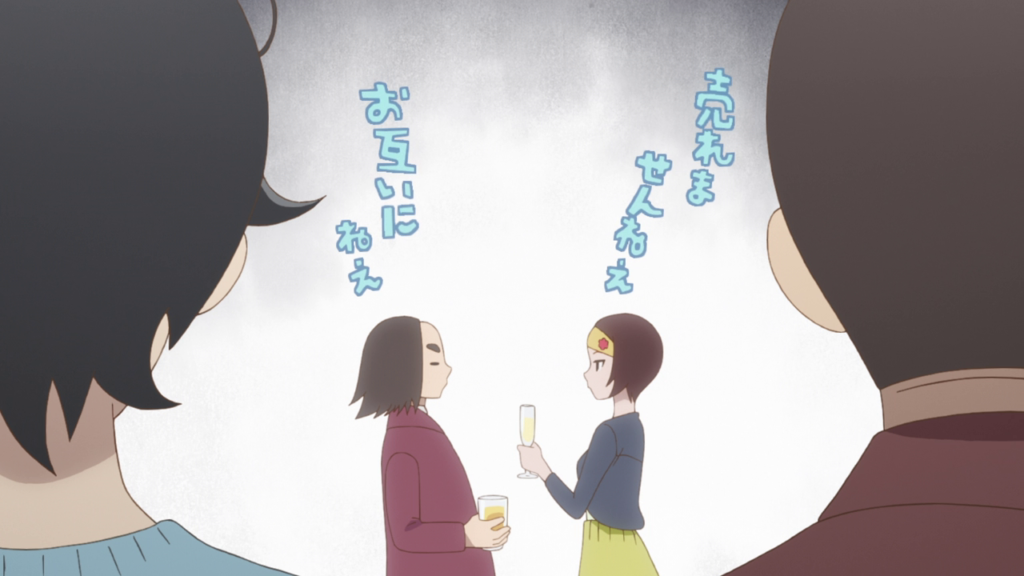 This reminded me, in fact, of an interview that I covered earlier last year between the editors-in-chief of Weekly Shonen Champion and Weekly Shonen Sunday. During this, they declared that they were “not rivals, but comrades.” With this in mind, it seems as if Kakushigoto really is based partly on the real-life manga industry and Koji Kumeta’s own experiences, so the series has educational as well as comedic merit.

In any case, the hilarity continues once Kakushi and his assistants head off to attend Chugakukan’s (sic) end of year party, given that the other company have put a little more effort into it and Kakushi will be able to take Hime. Yet, Tomaruin is up to his usual assholery and ends up inviting Nadila and Hime to the Kogansha joint, which creates both tension and comedy as Hime comes dangerously close to figuring out her father’s true profession.

During Chugakukan’s party, things get even more ridiculous as Tomaruin gets uncovered as an “industry spy,” Kakushi ends up taking the flack for it, and Hime keeps getting scouted by the various modelling agencies in attendance due to her good looks. It must be said that I haven’t really talked that much about Hime in this series of reviews (that’s because I relate to Kakushi a lot more) but the moment at the end of Kakushigoto episode 9 really cemented for me why so many people love her: her adorable mispronunciation of chandelier as ‘Cinderella’ aside, the way that she so enthusiastically reacts to the festive illuminations definitely lends credence to Kakushi’s declaration that he will continue to “protect that smile.” 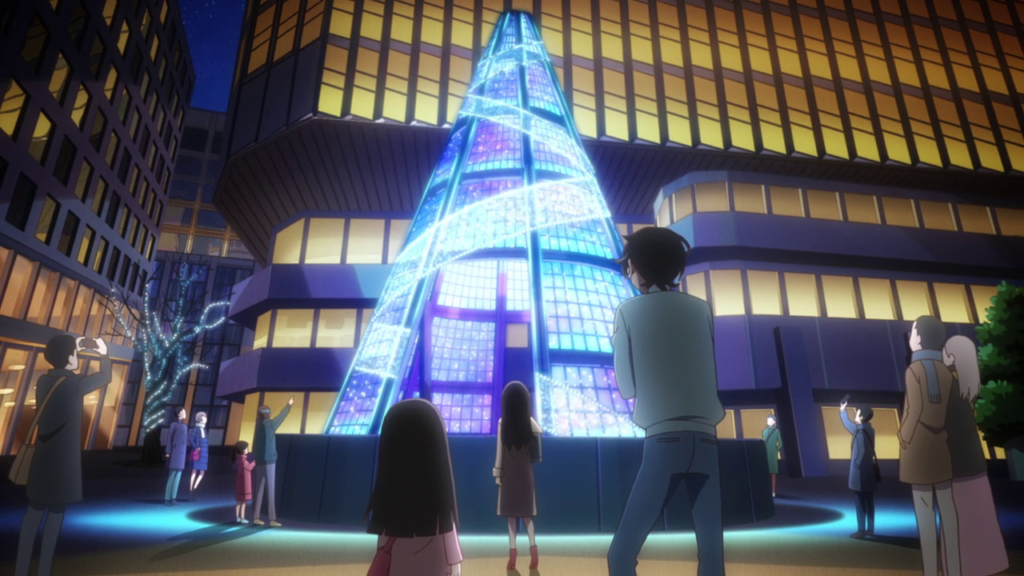 Kakushigoto episode 9 benefits, therefore, from a strong narrative through line and effective comedic material. This is drawn from the original manga, but the team over at Ajia-Do do make some changes. For starters, they cut out several references at the beginning of the episode that compare mangaka to both The Girl Who Leapt Through Time and The Terminator, and there’s also a small scene between Kakushi and Hime that is skillfully avoided by way of the eyecatch.

None of these changes, however, make much a difference. Rather, they help to keep the episode firmly focused on the narrative at hand. If I had to point out any parts of Kakushigoto episode 9 that didn’t work, then, it’d have to be the ‘Shiwasu’ gag: it is quite hard to understand in the first place because it is kanji-based, but I am also not a native Japanese speaker. Better subtitles could have helped, for sure, but it’s such a minor part of the episode that it scarcely seems to be worth the effort.

All in all, Kakushigoto episode 9 is another great episode in an adaptation that has come a long way since its disconcerting beginning. I’d say that it was as good as last week’s, but in a very different way: while episode 8 had a lot of emotional moments, episode 9 is more about non-stop comedy. And that’s not such a bad thing, once in a while.

You can watch Kakushigoto episode 9 via Funimation.