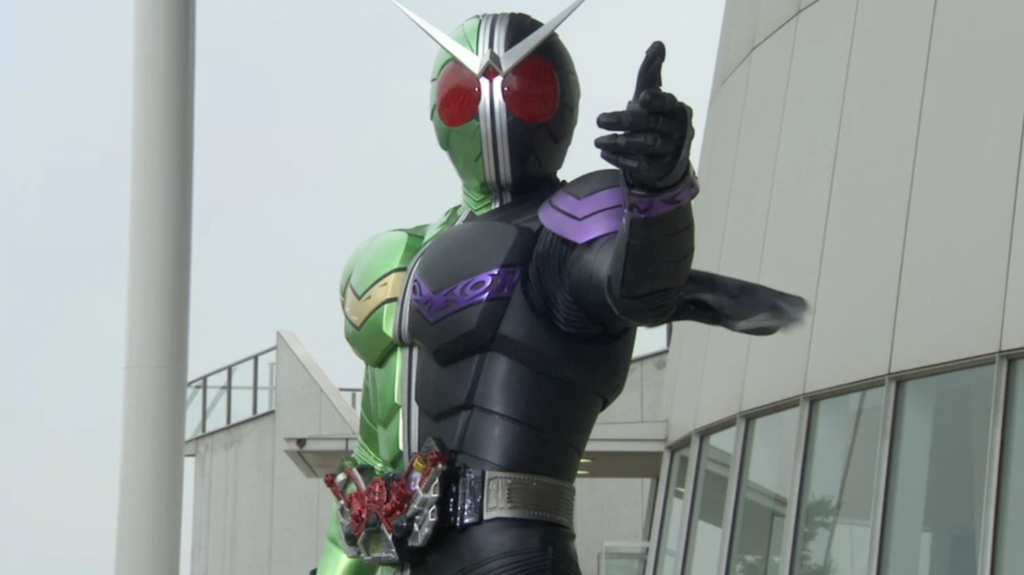 At the ongoing Annecy Film Festival 2021, TOEI held a studio panel discussing the history of the Kamen Rider franchise and providing a glimpse into the future with the upcoming Kamen Rider Fuuto PI anime, scheduled for a worldwide release in summer 2022.

For those unaware, Kamen Rider Fuuto PI is a manga sequel to the 11th Heisei Kamen Rider series, Kamen Rider W. This series, as the name suggests, introduced a 2-in-1 Kamen Rider for the first time as detective Shotaro Hidari and the mysterious Philip transform into a single Kamen Rider. In the city of Fuuto, the Sonozaki Family have been selling Gaia Memories to criminals that allow people to become Dopants in order to commit crimes without the police being able to stop them. These can cause the users to go insane and even kill them, however, so the pair use their Kamen Rider abilities to fight back. 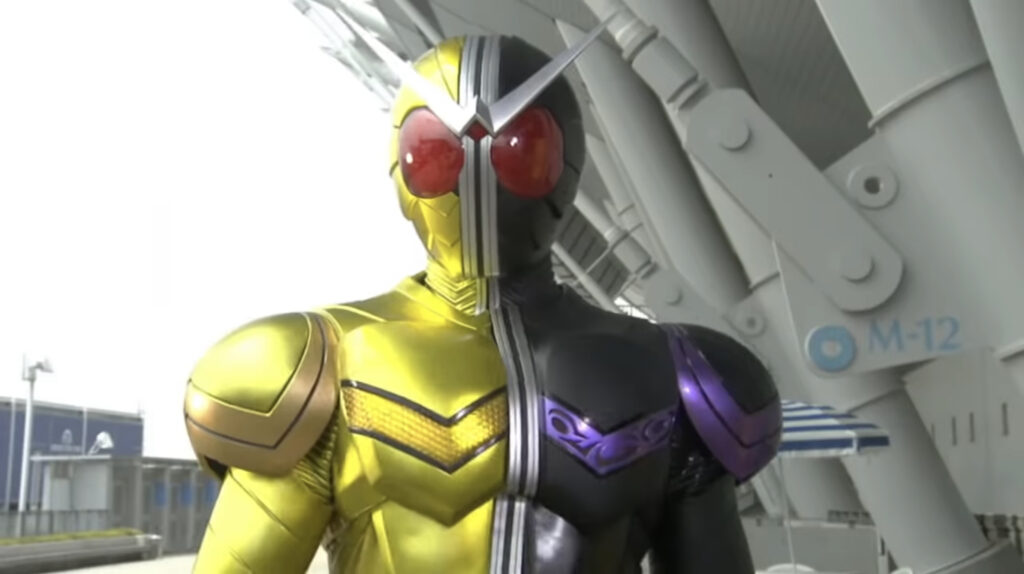 The panel at Annecy for Kamen Rider Fuuto PI featured a discussion between TOEI executive producer Hideaki Tsukada and Kamen Rider W scriptwriter Riku Sanjo, who has also been involved in writing the story for the manga sequel set after the events of the TV series. Here, they discussed the origins of W that helped the series become one of the more popular modern Kamen Rider shows. This came from a reconnection with the roots of the series after the additional freedom given to the Heisei-era creators allowed for fun and original ideas but severed the link the franchise once had to the original series.

When creating Kamen Rider W, they thought about what defined the original Kamen Rider. ‘There were a few things,’ noted Sanjo. ‘For one, the first Kamen Rider is a cyborg. He used to be a human, but not anymore. It was the enemy that made him a cyborg, and he betrayed them and become a cyborg, so they have the same abilities. He rides a motorcycle. Those are the elements that make up the first Kamen Rider so this one needed those things and the hero needed to have the same powers as the villain. So we came up with a device that turns people into super human beings [Gaia Memories].’

It was the villains that helped to make Kamen Rider an interesting hero and this was something that was important to consider when developing W. According to the duo, what made the series so interesting was that the villains were complicated and always had control over their evil deeds, with more to them than simply being defeated. This was another element considered for the original series.

While most heroes stick around for a year and slowly fade away, sometimes these heroes remain popular after their series has finished; W was one of them. It’s why the manga offer came in from Shogakugan and producer Tsukada gave it the ok as long as Sanjo gave it an original plot. ‘Kamen Rider W started as a TV series,’ explained Tsukada. ‘When it was decided that it would get a sequel, but in the form of a manga, I was basically going to leave it up to the experts in the manga field but that maybe I’d need to make some suggestions if needed. So I was surprised to see the manga carry on a lot of what the TV show had.’

The decision to make it a sequel came from the understanding that it wouldn’t work as well if it was simply a spin-off or featured a minor character. The aim with the manga was to make it feel like watching Kamen Rider W on TV again. Still, that didn’t mean you couldn’t take advantage of the new medium to do things that couldn’t be done in the budget of live-action tokusatsu TV. 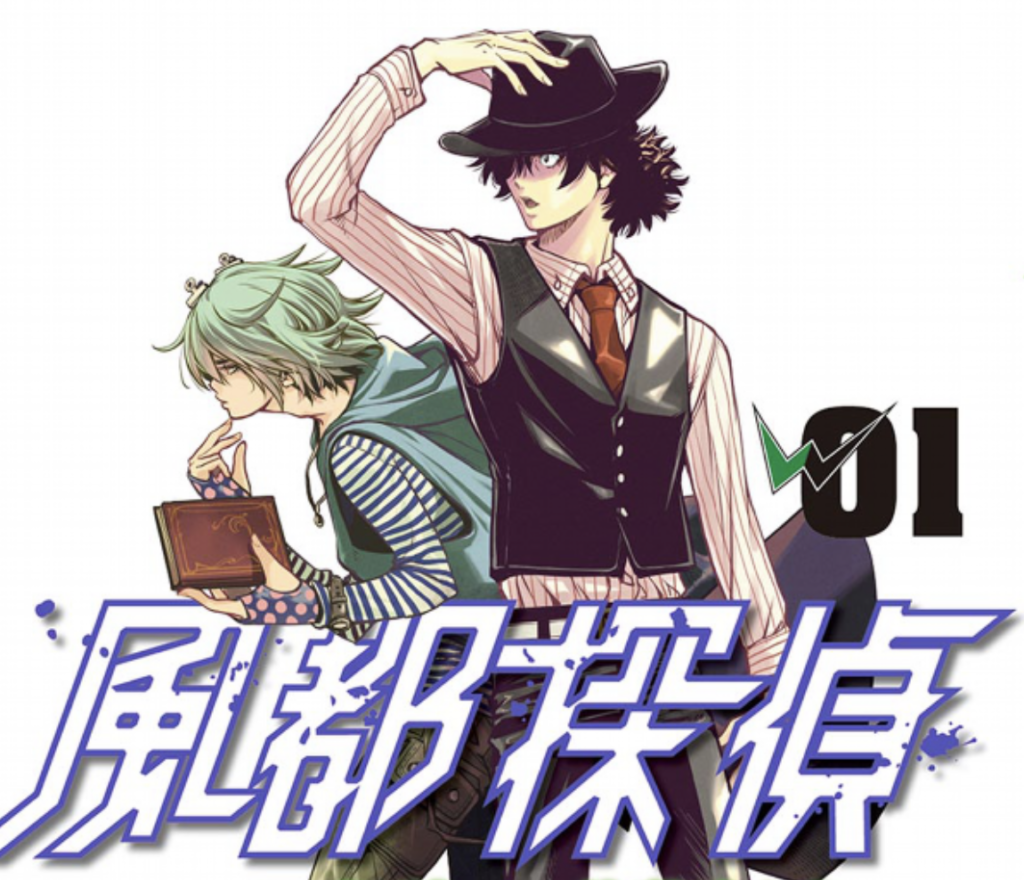 ‘I think it’s big that Fuuto PI is being published in a weekly young adult magazine,’ stated Sanjo, ‘because we can now do things we couldn’t before when it was made as a TV show for children. I can write about crimes that I wouldn’t be able to if it were a TV program. I have a lot more variation on the types of crimes I can talk about too, and I don’t have to think about the budget for filming special effects. I can write a lot of scenes that would probably require a lot of money and CG than I could if it was a TV show.

This ‘unleashed potential’, so to speak, goes beyond Sanjo’s scriptwriting. As much of the staff as possible has been brought into the Fuuto PI project for manga with many making the jump to the upcoming anime that this Kamen Rider Annecy panel was discussing, including the Dopant villain designer Katsuya Terada. He’s had the ability to create new things that he couldn’t for the TV series, such as a liquid-like villain, but that work in manga and can be adapted into an anime because of the medium’s similarities.

Kamen Rider has typically been a franchise that has stayed in Japan with a few exceptions, but between a new anime and reaching out through events like Annecy Film Festival, they’re hoping to change that. To them, anime has the potential to bring Kamen Rider to international audiences in the ways that previous attempts to bring the series into English have failed.

‘Animation is strong because you can export it overseas without altering anything,’ explained Sanjo. ‘I’ve had several of my manga translated overseas before, but animation is even easier to export and expand, so I’m excited about that,’ Tsukada continued, noting the differences between the vastly different international fortunes of Super Sentai and its English localization, Power Rangers.

‘To some countries, we export the Japanese shows just the way they are, but in English-speaking countries, they have a localized version. They’re quite popular, and people around the world know of the Power Rangers. In the past, Kamen Rider has had the chance to be marketed overseas, too, but the plan wasn’t as successful on a worldwide scale as it was with Power Rangers. We want the global audience to know there’s a hero called Kamen Rider created 50 years ago, even before the original Super Sentai. Animation is a form of media that connects us directly with fans across the globe, so I think this is a very important opportunity as it gives us the chance to reintroduce Kamen Rider to the world.’ 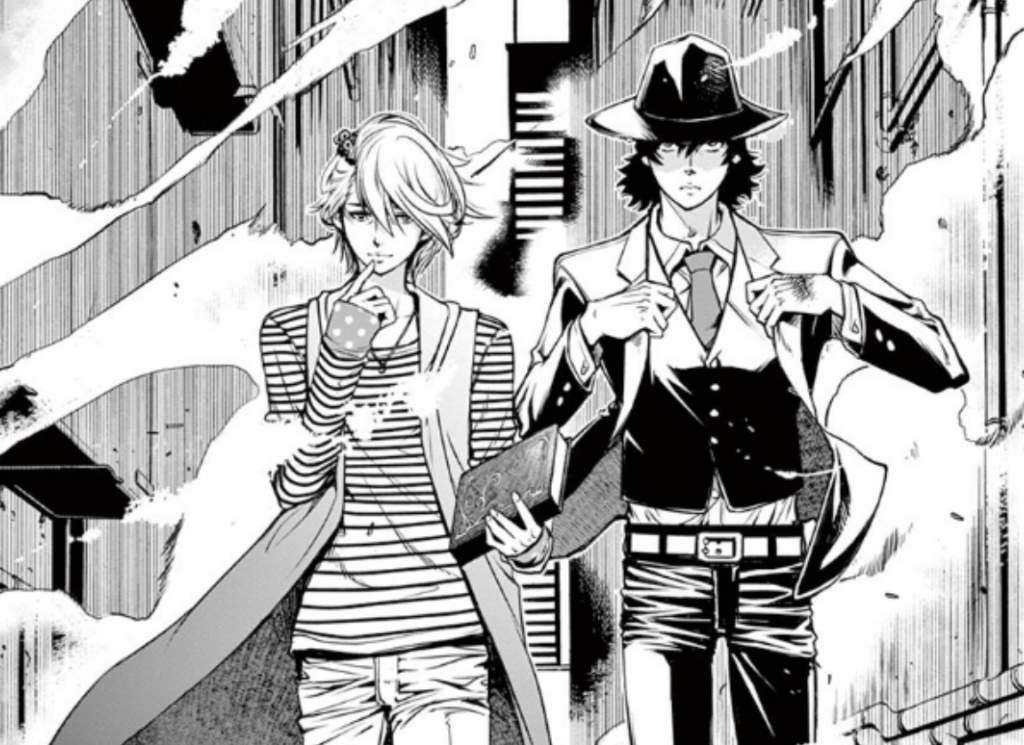 That’s the ultimate goal with Kamen Rider Fuuto PI. While the series differs from traditional Kamen Rider and tokusatsu by targeting a slightly older audience and being in animation, it could prove to be a stepping stone to bringing new people into the franchise for the first time. For all its differences, the manga and upcoming anime adaptation have been created as tokusatsu series first and foremost.

As Kamen Rider turns 50 and with a Hideaki Anno movie also in the works, TOEI will be hoping Fuuto PI is the start of a franchise transformation outside of Japan.