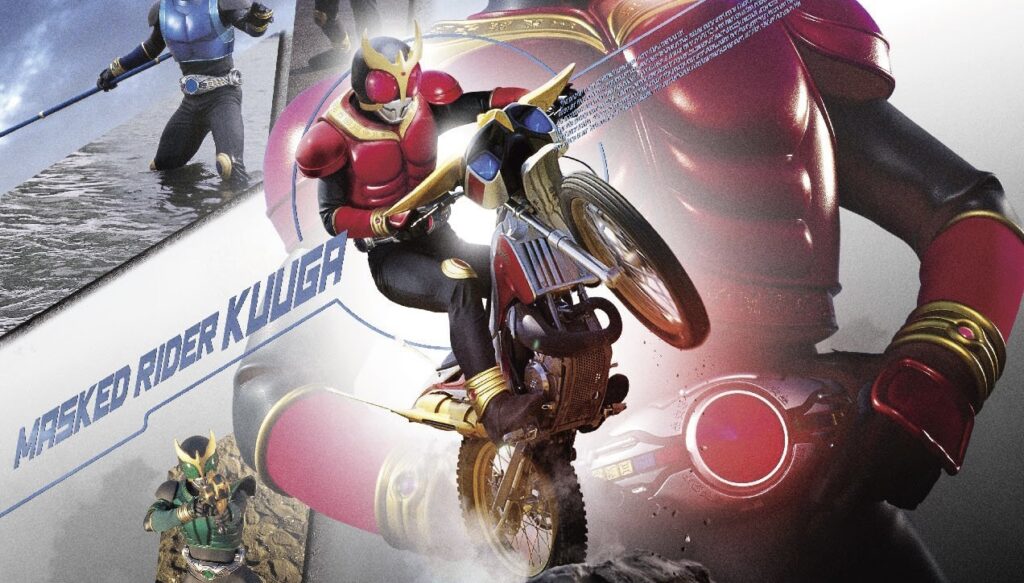 Whether you’ve ever watched Kamen Rider or steer clear of anything related to the franchise, you’re likely familiar with one of the tokusatsu juggernaut’s biggest unintentional contributions to Japanese pop culture: the Odagiri Effect. Confused? Let me explain.

The Odagiri Effect can essentially be simplified to a merchandizing phenomenon brought about through the content of one series from the franchise, Kamen Rider Kuuga. It broadened the scope of tokusatsu to a new audience in such a way that film, TV, anime, and more took inspiration from this trend to help chart a path to success. Despite the series airing 20 years ago, the phenomenon not only parachuted an actor into mainstream success but is still weaponized today within Japanese media.

What Is the Odagiri Effect?

First things first, what is Kamen Rider Kuuga and the Odagiri Effect? Kamen Rider Kuuga is the tenth installment in the series, and the first to air in Heisei and bring the franchise into the modern era. After being off Japanese TV screens for a decade, Kuuga brought Kamen Rider back into children’s homes a big way.

In the past, two tribes, Grongi and Linto, had been at war until one of the Linto warriors acquired the power of Kuuga and locked the leader of the evil Grongi in a cave. The Kuuga stone is later excavated in the modern day, freeing the Grongi to resume their rampage on humanity. As a result, Yusuke Godai becomes the new Kuuga to help defend it.

It’s a pretty standard setup for a tokusatsu and Kamen Rider series, but we’re not here to talk about the show itself, despite being generally regarded as one of the best Kamen Rider series to date. The main character, Yusuke Godai, was played by a newcomer actor, Joe Odagiri, whose performance was significant in more ways than one.

Odagiri sold the role as the show’s protagonist and lifted the series to the heights needed to ensure a successful return for Kamen Rider after a lengthy absence… And it wasn’t just the kids taking notice. Toei executives found out that, alongside the young audience watching the show for the heroes themselves, a noticeable subset of the market watching the show was far outside of the core demographic for Kamen Rider. In fact, a surprising number of women in their 20s and 30s were also tuning in, and it was because of Joe Odagiri. 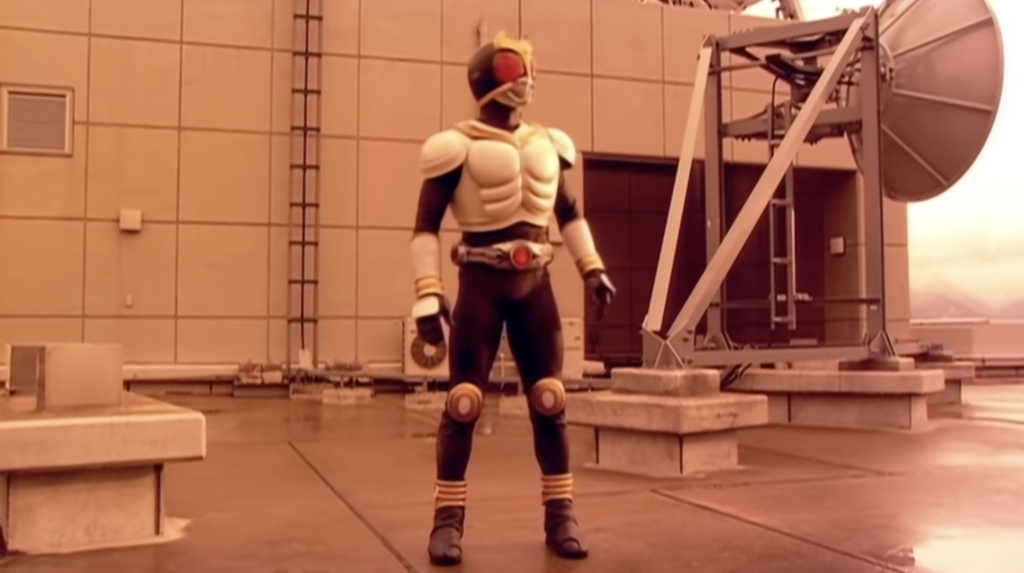 You may have guessed by this point, but the Odagiri Effect is named after the actor’s impact on the show’s fortunes by bringing audiences outside of the show’s target demographic into the fanbase. He brought in a new market, and in the hope of replicating this, Toei cast three similar male actors in lead roles in the show’s follow-up, Kamen Rider Agito.

Joe Odagiri, meanwhile, saw his success buoyed by this. He continues to be a prominent and popular actor in Japanese entertainment, scoring lead roles in shows like Rivers Edge Okawabata Detective Agency and Time Limit Investigator 2019, movies like I Wish and Air Doll from Kore-Eda Hirokazu, alongside films like Her Love Boils Bathwater, and more. He even directed his own film in 2019, They Say Nothing Stays the Same.

The Impact of the Odagiri Effect Today 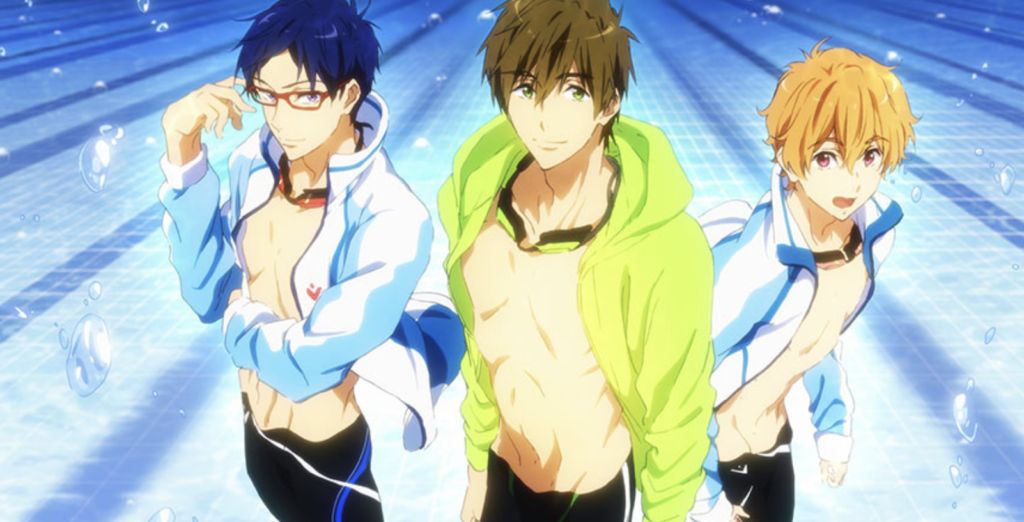 The Odagiri Effect, as we have established, is the use of casting or characterization to bring in a wider audience that typically wouldn’t tune into the show otherwise. It’s typically argued that sports anime are a perfect representative example of the Odagiri Effect in action, but I feel this misrepresents what it is and its impact on the way content was produced and consumed following Kuuga’s release.

While the effect showcased to many studios the spending power and influence large cohorts of female fans could have on a show’s fortunes, and this has certainly increased the production of shows targeted primarily at this untapped female audience like  Free or Yuri on Ice, but this isn’t the Odagiri Effect.

Sports series aren’t examples of this effect, as they have always traditionally attracted a largely female audience because of their heavy focus on homosocial male relationships that are rare in other forms of media. While the phenomenon may have influenced how later shows were marketed or produced to more proactively or directly attract this audience (think Free’s open portrayal of its male characters in lycra and a self-insert female character, or Yowamushi Pedal), trends in consumption of sports series don’t suggest a new shift of fans to a property that the Odagiri Effect typically suggests.

You can, however, see this phenomenon in action both in shonen manga and in live-action anime adaptations targeted at a mainstream audience. The effect is used to grow the audience of a show beyond the traditional audience to ensure a property’s success. To tackle the latter example first, the appeal of adapting an established manga or anime into live-action is to attract the series’ in-built audience towards the big-screen and ensure a film already has an audience before it is even released. It’s safer to produce a well-known IP, knowing a certain number of people will turn up no matter what, than to produce an original IP. 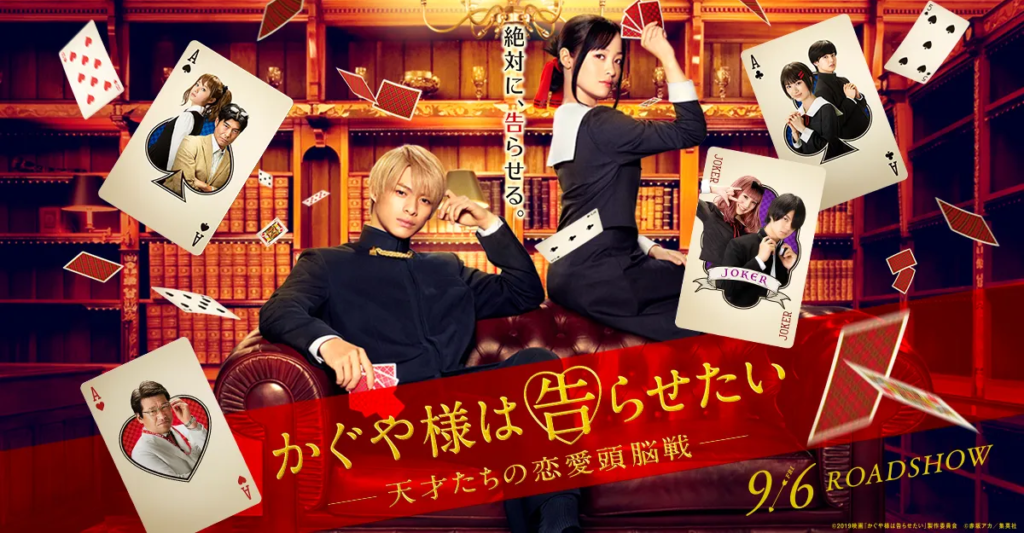 In these sorts of productions, talent companies will be involved in the creation of these adaptations to push up-and-coming talent to this audience, or to capitalize on this market and a talent’s inbuilt fanbase to make a profit. It’s here where you see the Odagiri Effect holding real power over the success of some of these films. Johnny & Associates chose to partially fund the live-action adaptation of Kaguya-Sama: Love is War to push King & Prince talent to a broad audience by placing Sho Hirano in the lead role of Shirogane. The movie was promoted heavily on this casting decision, leaning heavily towards an audience who may not have encountered the original manga but like Hirano thanks to being a fan of King & Prince.

As for shonen series, there is a growing audience of women reading shonen manga, partially thanks to this trend impacting the development of these series. Even as far back as 2012, the readership of shonen magazines was split almost equally between men and women, with the most recent major success being none other than Demon Slayer: Kimetsu no Yaiba, a series with a female mangaka that was initially driven by a large female fanbase attaching themselves to the manga. Some of the most popular characters in the series is Zenitsu; with his large female fanbase, he is attracting the demographic to a series they might otherwise pass up.

While the series’ astronomical jump to mainstream success somewhat limits the comparison (almost everyone is a fan of the series at this point), its pre-anime success was driven by Weekly Shonen Jump’s growing female fanbase who was initially attracted to the manga’s art and designs, alongside its strong male cast.

How the Odagiri Effect Changed Production 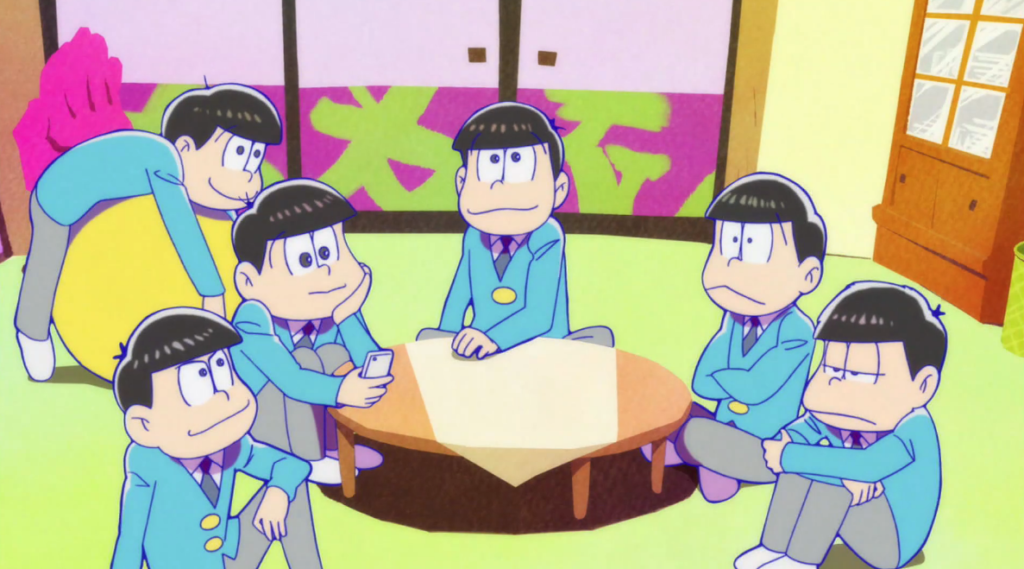 It can feel somewhat demeaning that the lesson executives appear to have learned from the success of Kamen Rider Kuuga wasn’t that there’s a strong base of female otaku willing to invest in series made for them, but instead that they should continue to include male idols and attractive guys in otherwise male-targeted series, while overlooking the content that women already consume and yet isn’t adapted. This isn’t to make the argument that women wouldn’t be fans of tokusatsu series or films like Kaguya-sama without these casting decisions (it’s certainly not what draws me to them), but it’s telling how idol and celebrity fandom have influenced casting and productions due to it being a tried-and-tested method of success, when they could create content aimed directly at young women instead.

When analyzing the success of series like Free and Osomatsu-san, it’s not just for incorporating celebrities or voice actors they like, but instead by creating works directly aimed at this audience, or in the case of the latter series, by encapsulating what it is they like about these celebrities and incorporating it directly into the series itself. Osomatsu-san, for example, hosts many meta-textual jokes at the viewer or voice actor’s expense that showcases an understanding of the audience who may watch a show because of their love of the voice actors involved. Whereas the Odagiri Effect is more about casting choices that aim to bring in audiences beyond a show’s target demographic, Osomatsu-san is a recognition that this merely showcased an untapped market that could be served by creating new series made for this audience.

What we should be asking is this: does Odagiri Effect represent an outdated method of production and cross-promotion that repeats past success rather than learn the lessons it provides? I feel that after two decades of the Odagiri Effect in action, producers should be taking inspiration from series like Disney’s Twisted Wonderland, Osomatsu-san, and Uta no Prince-sama that recognize the female fans that brought Kamen Rider Kuuga’s success to new levels.