Kamen Rider Ryuki Was More Than A Kids Show 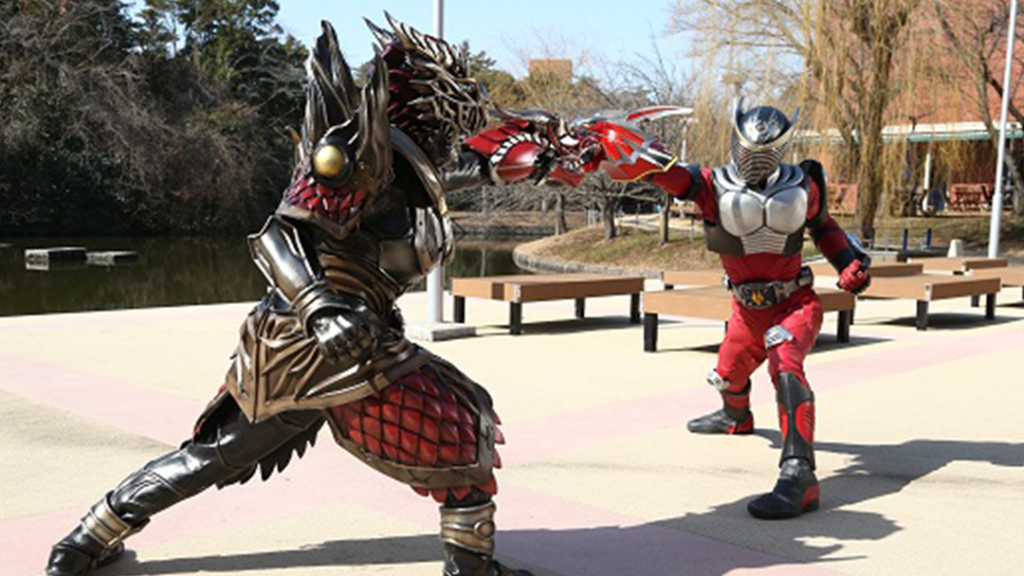 Kamen Rider now is a decades-old franchise with dozens of entries between its Showa, its Heisei, and now Reiwa era iterations. With one a year, few people have seen the whole thing. Furthermore, it’s a kid’s toy selling franchise which means many are going to write it off at a glance. If for whatever reason you’ve become slightly interested though, at least enough to only ever watch one Kamen Rider, we strongly recommend the 2003 Kamen Rider Ryuki.

Plot-driven, atmospheric, and at times experimental, there’s a lot more going on with Kamen Rider Ryuki than your average kids show. It was the first Kamen Rider to pit Rider against Rider as its main storyline, giving it a particularly dark edge in the lineup. There’s death, destruction, and genuine anguish and it makes Ryuki an extremely strong TV show in its own right.

No wonder in the 2000s when producers wanted to give Kamen Rider the Power Ranger treatment in America, they chose to adapt Ryuki into Kamen Rider: Dragon Knight for a test run.

The premise of Kamen Rider Ryuki is a simple one. Start with 13 riders and make them kill each other until there’s only one left. The winner gets a wish granted. Not all 13 characters end up being major characters in the tv show so we’ll exclude the lesser riders for the time being.

Let’s summarize the who’s who in Kamen Rider Ryuki. 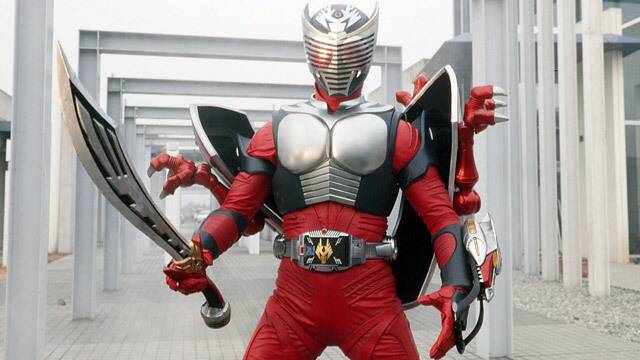 A truly delightful bumbling idiot, Shinji Kido continues the fine shounen hero tradition of being dumb as rocks popularized by Son Goku himself. While he’s not the sharpest tool in the shed, what kido lacks in brain cells he makes up for with heart. Always more than willing to put himself on the line to save others, he maintains a pacifist position in the Kamen Rider Ryuki rider fight and often tries to get them to stop fighting each other. A constant annoyance to the other Riders, namely.. 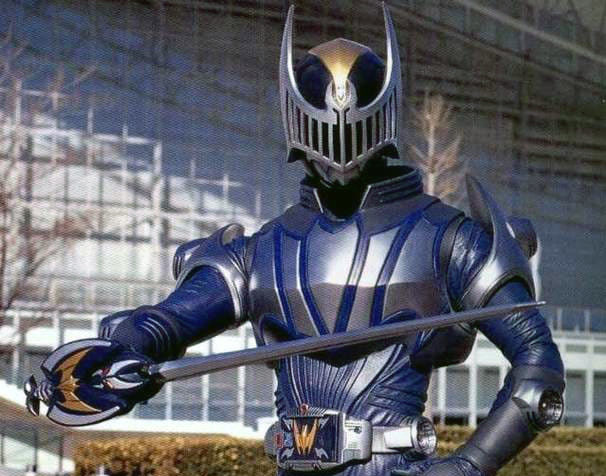 An edgy too cool for you anti-hero type, Kamen Rider Knight is the defacto Sasuke of the series. It’s clear he has more of an idea of what’s going on than Shinji and is more willing to fight. For some reason though, the two keep finding themselves teaming up more than not despite Ren’s constant ire. As these things go, he has a hidden past he’s not so willing to share. 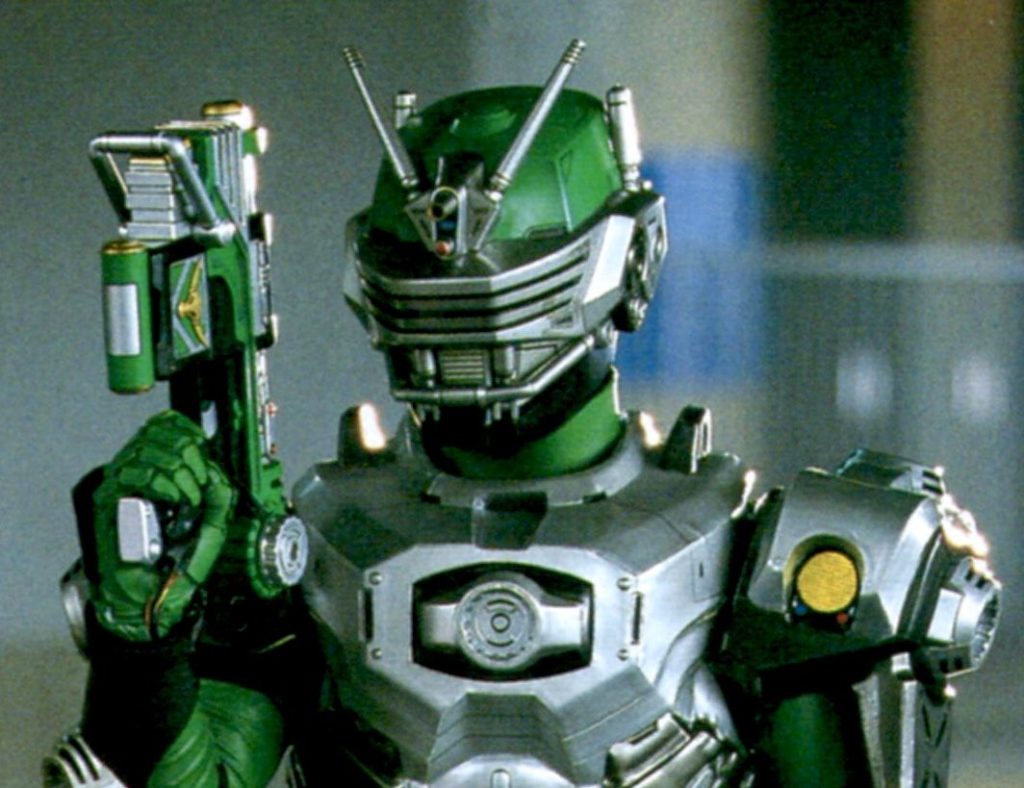 Friend or foe? You never really know with Kamen Rider Zolda. Probably, you’d say he’s out for himself.

Shuichi Kitaoka is a charismatic young lawyer with a promising career who gets wrapped up in this Kamen Rider battle. He’s got a lot of charisma, a lot of smarts, and even a dedicated servant named Goro Yura who would do anything for Kitaoka. 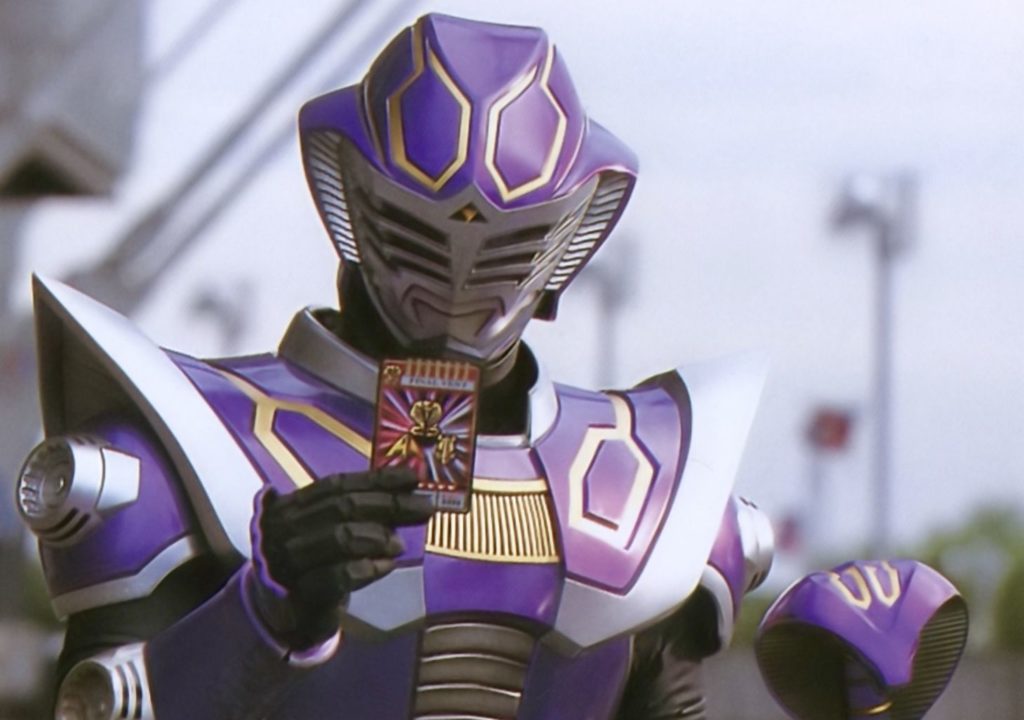 While not the big bad of Kamen Rider Ryuki, Kamen Rider Ouja was certainly the bad guy of the series. The most willing to kill and having very little humanizing qualities, he remains one of the most ruthless and cruel Kamen Riders of any series. There’s a certain edge and drive to his character that makes you secretly root for Takeshi Asakura though. 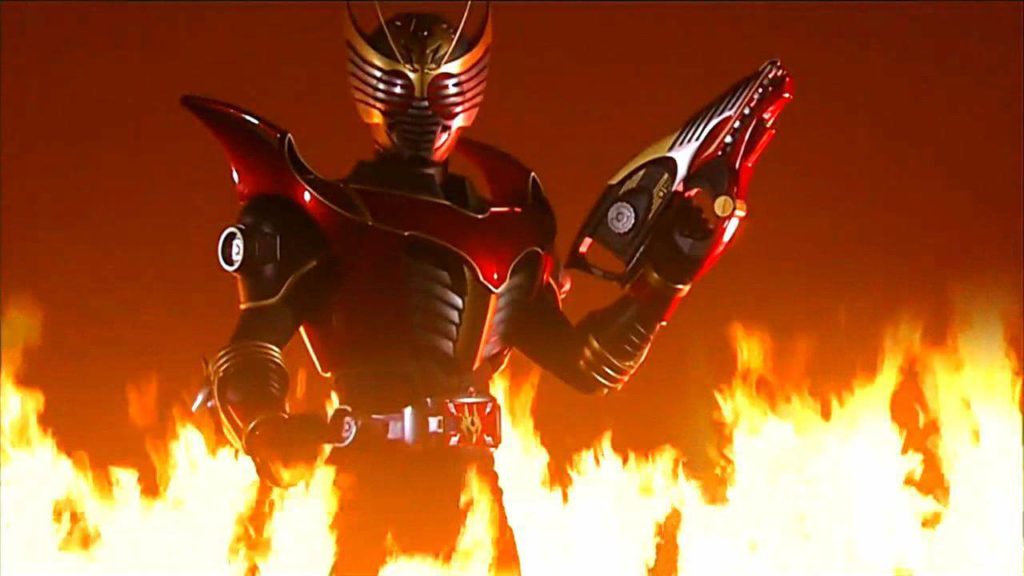 Like any shounen hero, Kamen Riders often have more than one form or transformation. As their shows go along, different riders get more powerful forms along the way. Modern rider shows have tons but since Kamen Rider Ryuki already started with 13 riders, they decided to only include one higher form for Ryuki.

Just a bit of trivia, but the classic Puella Magi Madoka Magica owes a huge debt to Kamen Rider Ryuki.

After it came out, fans who had seen the 2003 Kamen Rider Ryuki couldn’t help but notice more than one similarity between the two shows. Contracts, fighting other characters instead of monsters, and other odds and ends, Madoka didn’t rip off Ryuki for sure but it was too much to be a coincidence.

When finally asked, Madoka writer Gen Urobocchi admitted that Ryuki was a strong influence on the show. Interestingly enough, after reading that interview Kamen Rider producers offered Urobocchi the chance to make his own Kamen Rider resulting in the 2013 fruit themed Kamen Rider Gaim.