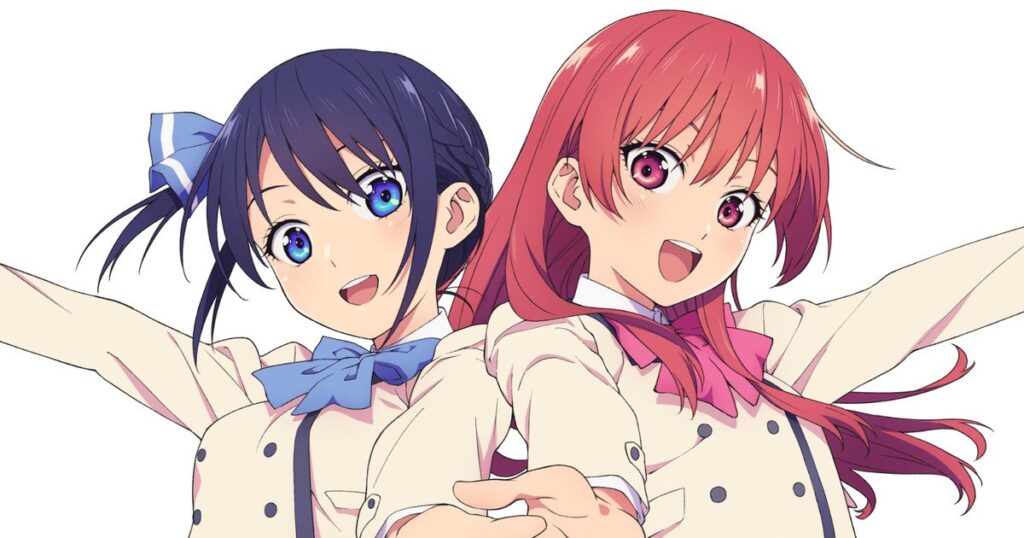 The first promo video for the romantic comedy anime series Kanojo mo Kanojo was released on Saturday. And it introduces some familiar names for the main cast.

Ayana Taketatsu will play Rika Hoshizaki, who shows up several chapters into the manga. She starts out as a secret video blogger and decides she will become Naoya’s third girlfriend. Rie Takahashi will play Shino Kiryu, Saki’s friend. She learns about the weird relationship and initially wants to put a stop to it.

Interestingly, Taketatsu and Sakura provided voices for a bunch of animated manga promo videos that Shonen Magazine posted to YouTube back in October. In hindsight, these almost feel like pilots or auditions for the anime series.

If the voice actors are any indication, this ought to be a good series. Sakura is also Ochaco Uraraka in My Hero Academia, Natsumi in Non Non Biyori, and Cocoa in Is The Order a Rabbit? Waki voiced Maika in Blend S. Taketatsu was Azunyan in K-On! Takahashi is Ena Saitou in Yuru Camp, and Megumin in KonoSuba. Kanojo mo Kanojo starts in July. No word yet on if overseas fans will get Crunchyroll simulcast; or ‘Netflix jail.’