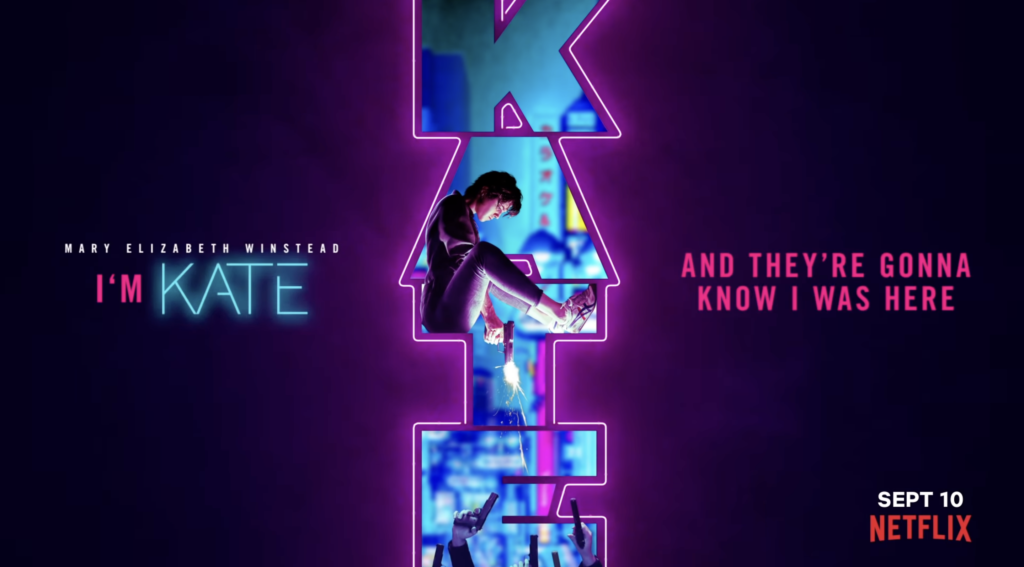 Following a first look at the upcoming film, Netflix’s original movie Kate, starring Mary Elizabeth Winstead with guest appearances from MIYAVI, Jun Kunimura, and BAND-MAID has now been dated for a September release.

It can sometimes be easy to lose track of upcoming Netflix releases because of the sheer gluttony of stuff the company puts out. New anime series like Eden or even major projects from the company can easily get lost within the unforgivable algorithm, while the constant new announcements mean it’s easy to lose track of what’s coming. A perfect example of this is Kate, a movie originally announced in 2019 but mostly forgotten, until a new teaser released today gave new details on the film’s planned release.

The teaser for Kate is short, without a lot to showcase of the movie, but we do get to see a little bit of the action featuring Alien star Mary Elizabeth Winstead, before an intriguing neon-lit title call fills the screen and the release date is revealed.

Still, this is an American thriller movie coming to Netflix. For a site dedicated to Japanese pop culture, such an announcement seems somewhat out of our wheelhouse. However, there’s more than a few reasons to keep this on your radar in the coming, since several Japanese talents are involved in this film.

The film follows Kate, an assassin on a job in Tokyo who gets poisoned. With just 24 hours to live, she sets out to kill her murderer before she dies. With the setting, a few exciting Japanese talents have joined the film in guest or supporting roles: Japanese actor and musician MIYAVI plays a dangerous character who confronts Kate during the film, while veteran Japanese actor Jun Kimura is also involved. Rock group BAND-MAID will also feature and perform two songs during the film.

Kate is set for release worldwide on Netflix on 10 September.