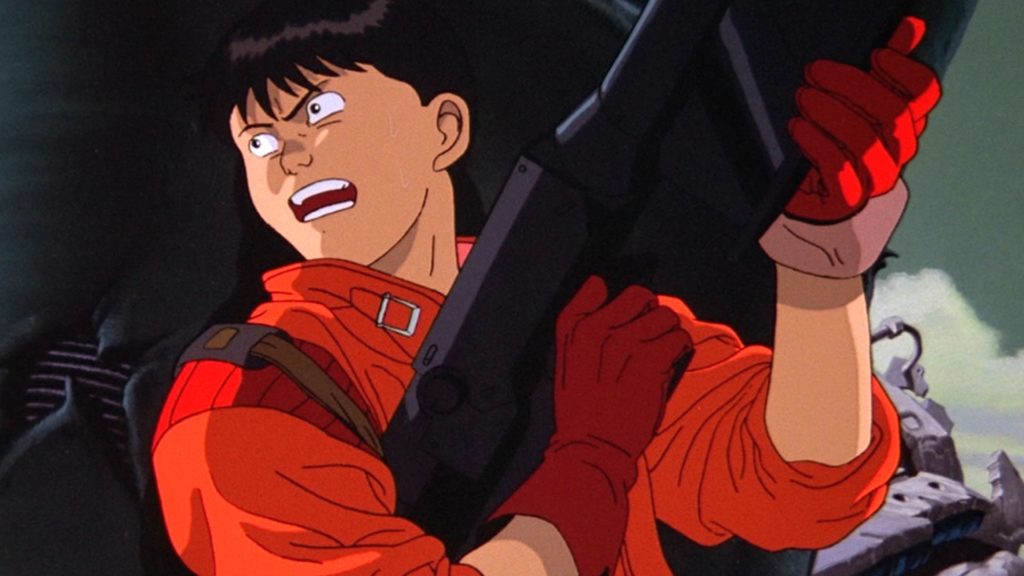 Just like the titular Akira changed the world in the world of the movie, the film Akira changed our world forever. Generally cited as one of the greatest films ever made, not just in the realms of animation or anime, as a cinematic experience Akira has never been topped.

There’s a reason the now 30-year-old film still carries as much weight with both anime fans, the film critic crowd, and general pop culture as it does. More relevant to our side of things, it inspired a glut of ultra-violent, cyberpunk, and dystopian nonsense in the late 1980s and early 1990s that’s a delightful rabbit hole to go down.

With an anime remake that will cover the entirety of the equally incredible original Akira manga on the horizon, now is the perfect time to revisit Akira and maybe check out some of the more underappreciated works of the legendary Katsuhiro Otomo.

The Legacy Of Akira

Akira’s not only one of the best anime movies ever, it’s also the anime movie. Beyond personal opinion, there’s no denying just how striking the entire production is. Both what the film animated and how it animated made for some of the most visually powerful media ever created. Throw in the haunting alien soundtrack and the bonkers story people are still trying to decipher 30 years later and the film became the stuff of legends.

You’ve probably seen Akira and have made other people see Akira, so you know there’s a reason why even the likes of Hollywood film directors, Kanye West, and other big figures in the art world cite the movie as one of their biggest influences.

People talk about Akira the movie so much though that often the Akira manga often falls by the wayside. The comic was groundbreaking enough in its own right that when approached to have a film version made, producers let Katsuhiro Otomo direct the movie when he insisted on it. Fans usually cite the manga for having better writing and a fuller story than its film adaptation.

Those claims are generally true but we don’t think it was the story alone that made Akira manga a once in a generation beast. Katsuhiro Otomo created a comic with a narrative scale and visual presentation the medium hadn’t really seen previously. Instead of using said medium to take readers on a fantastic adventure though, he threw us all into a cyber-apocalyptic gutter. A cynical thing to do in a way, but we ate it up. 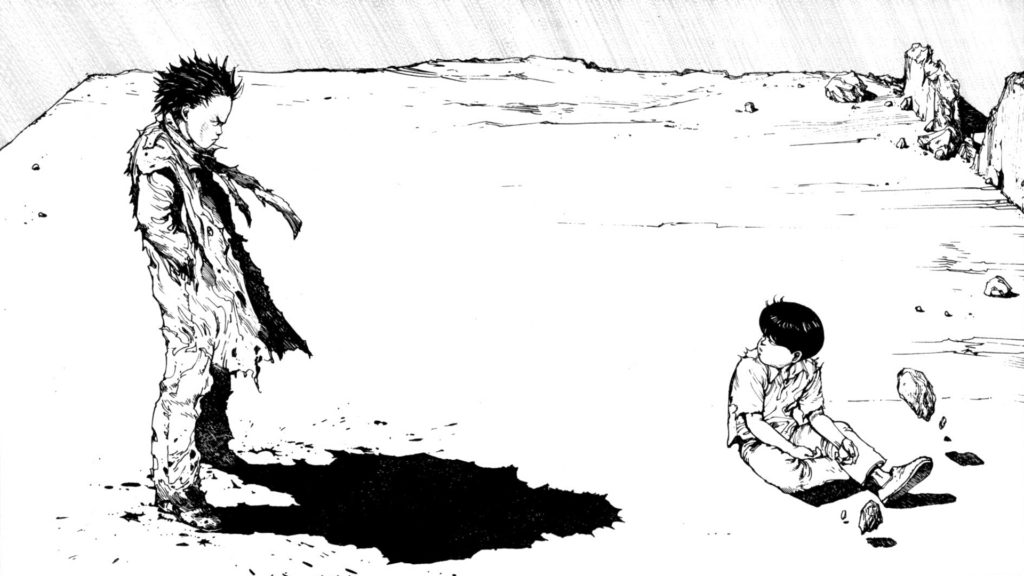 The Grit and Realism of Katsuhiro Otomo Art

Of course, Katsuhiro Otomo wasn’t the first artist to draw manga in a ‘realistic’ style but something about his take on near-future dystopia hits hard. Akira featured extremely realistic backgrounds and cityscapes paired with intricately detailed industrial and mech design. Not to put down other artists, but he was creating manga art on a visual no previous artist could pull off.

While his characters aren’t photorealistic, they’re drawn with so much intentional dirty and grime that the little details make them come off as human instead of pristine anime characters. in essence. Unfortunately, since finishing the Akira manga, Otomo’s been more interested in illustration and direction and hasn’t given us a second pen to paper masterpiece to chew on.

Katsuhiro Otomo has spearheaded and been a part of more than one animation short compilation films. Robot Carnival, for instance, is an absolute classic we’d recommend to anyone who loves animation, whether they’re specifically into anime or not. Another, Short Piece, was even surprisingly nominated for an oscar!

One we really specifically have to highlight though is Memories, which includes the phenomenal short Magnetic Rose which included some involvement by anime legends Yoko Kanno and Satoshi Kon in their early days. Each short story featured involvement by Otomo to varying degrees, including Cannon Fodder being full-on directed by the legendary creator.

It was a comedic piece that showed off a very different side of Otomo than Akira. We’re hoping for a western Blu Ray release someday.

The *other* Movies Of Katsuhiro Otomo

Akira wasn’t the only movie Katsuhiro Otomo directed. His 2004 anime film Steamboy has unfortunately been forgotten about in the annals of anime history. People couldn’t help to compare it to Akira at the time of its release despite it being a completely different beast in nature and that innate yet unnecessary comparison always held it back.

Otomo’s also delved into live-action films over the years, including an adaptation of the cult classic seinen manga Mushishi. Unfortunately though in that case, we’d recommend just sticking with the manga and anime versions.

Thankfully though, Katsuhiro Otomo announced earlier in 2019 he would be returning to the world of animation with the upcoming film Orbital. We don’t know exactly when it will come out, but a space tale sounds completely up Katsuhiro Otomo’s ally. It’s sure to be an event.