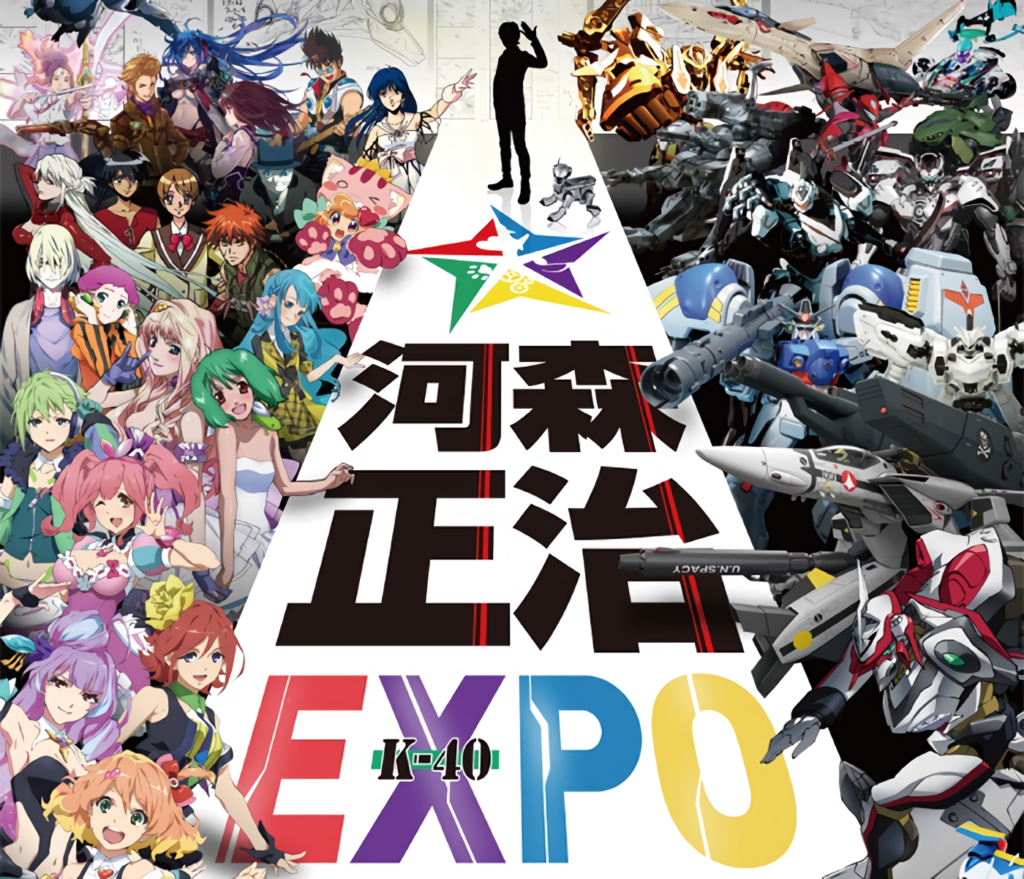 Even if you’re the most casual of mecha fans, you’ve probably heard the name Kawamori Shoji. Over his 40 year career as a designer, Kawamori has been behind some of the most influential and successful works in the mecha genre, reshaping it and advancing it to become what we know it as today. You’ll be able to catch some of this incredible legacy at the new ‘Kawamori Shoji EXPO’ event, set to begin on May 31 in Tokyo Dome City.

The Kawamori Shoji EXPO event will celebrate 40 years since Kawamori made his professional debut designing Diaclone toys and his incredible contribution to the world of mecha by assembling original designs, design notes, and animation cels for over 60 projects that Kawamori has been involved with over the years.

Such projects will, of course, include the numerous Macross anime series, which Kawamori launched in 1982. Material from other well-known anime projects such as Genesis of Aquarion, Future GPX Cyber Formula, and Eureka Seven will also be present.

Video games have also been a key part of Kawamori’s creative output over the years, so the Kawamori Shoji EXPO will indeed also include material from the FromSoftware-developed Armored Core as well as some material from his latest video game project, the Capcom-developed Devil May Cry 5.

Designs and materials pertaining to the real-life manifestation of Kawamori’s mecha imagination in the Sony Aibo ERS-220 robot dog will also be present – a collaboration that changed our perception of technology and robotics at the time of its release in 2000 and ended up becoming an icon of the millennium.

Kawamori’s influence on the landscape of Japanese pop culture as a designer is unfathomable, not least because of how many projects he has been involved with over the years, but also because how many of his projects have come to symbolize the genre of mecha itself. With materials pertaining to a whopping 62 titles set to be on display during the event, even the most casual mecha fan will surely find something to appreciate.

Tickets are on sale now for the Shoji Kawamori EXPO ahead of its opening on May 31 at Gallery AaMo in Tokyo Dome City. The event will then run until June 23. Further details, including full series line-up, can be found via the official website.