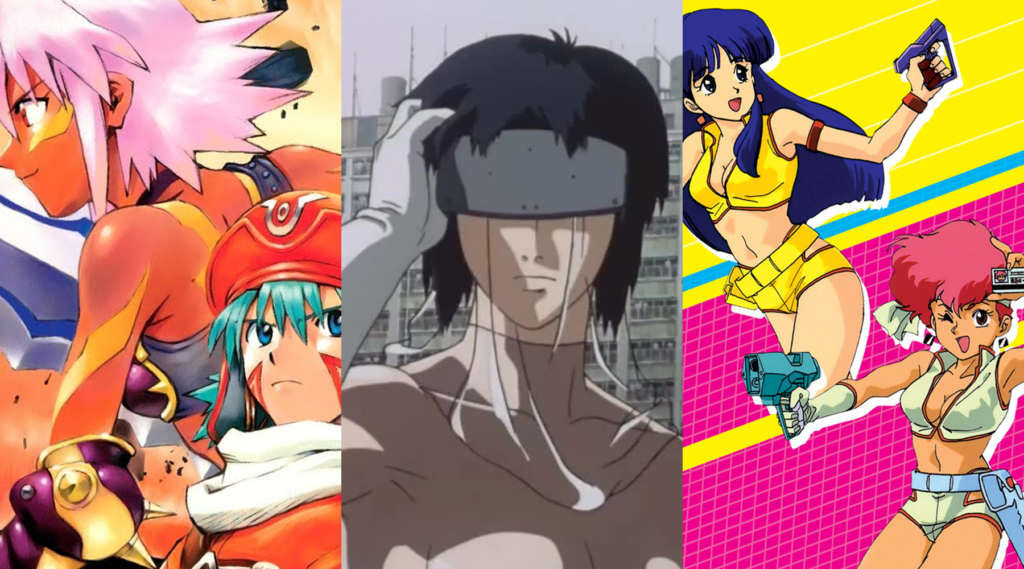 Along with key-animators and ‘animation directors‘ who don’t often sit in the director’s chair, anime screenwriters are often the unsung heroes of the creative process, despite having much power and influence over how a series of film will turn out.

Occasionally, a stand out like Mari Okada will cultivate their own following, but many of yesterday’s champions, like Digimon Tamer and Lain’s Chiaki J. Konaka, get swept into the digital chaff, going on undiscovered by younger generations, like so much of anime and manga’s rich history today does. Getting readers spiritually in touch with these under-sung creators is the mission statement of this column, and those who write instead of draw are some of the most underappreciated.

Kazunori Ito’s career stretches from the early 80s until now, and has taken him from the classics to experimental multimedia projects and even the hallways laden with rubber monster suits. He’s probably helped create something you love.

Kazunori Ito’s didn’t have a common post-war upbringing, since his parents owned a local movie theater. Because of that, he developed an interest in cinema and storytelling early on, and held a boyhood dream of becoming a special effects director. He studied at Waseda, one of Japan’s best schools to this day. He ended up dropping out three years and started getting by on scenario writing work and assistant directing.

He realized early on that directing wasn’t his goal, as he couldn’t handle the early mornings. He got fettered into anime production after responding to a newspaper ad by SUNRISE, and moved to Studio Pierrot soon after. There, he would meet a young Mamoru Oshii who’d help mold him into the professional class screenwriter he is today.

Dirty Pair, Maison Ikkoku, Urusei Yatsura… Kazunori Ito cut his teeth penning scripts for the TV adaptations of hit manga of his era, imparting on him a journeyman-like versatility in his compositional abilities from the get-go.

Encountering the forward and humanistic Mamoru Oshii became the catalyst for Ito’s personal growth, with the two influencing each other as they’d go along. Being able to eloquently write about anything, Oshii would put Ito to the test to craft dry, dense diatribes that helped comprise the likes of Ghost in the Shell‘s philosophical and technological meditations.

After his time with Oshii, Ito couldn’t drop the introspective edge to his scripts, making the first iterations of the .hack anime and games he’d helm grand cerebral experiences, nothing like the trough of isekai spillover today.

That said, he still can employ restraint, as his tokusatsu work remains specific in intention, without crossing over into Oshii-inspired monologue hell.

As we always do on Know the Creators, we’ve come to that section where we tell you to do the homework, promising that it will be its own reward. Kazunori Ito’s career spans four decades, cultivating a detailed and intensive style; For that reason, we’ve opted to not include classics like Dirty Pair and Maison Ikkoku, as good as they are, because these early manga and novel adaptations don’t best represent his personal creative prowess.

The third of five collaborative efforts between screenwriter Kazunori Ito and director Mamoru Oshii, Patlabor 2 stands unique not only amongst their combined filmography but all animated cinema. Weaving a tale of hardened middle-aged problem solvers navigating bureaucracy in the face of a terrorist attack spurned on by previous governmental failing, Patlabor 2 could be called the most sophisticated narrative animation out there.

A real feat, considering this was on paper and in title the sequel to a tie-in film of a relatively light-hearted 80s mech franchise.

While Oshii’s salt-of-the-earth directorial style can’t be underappreciated, Ito penned a story that successfully conveys the almost granular intricacies of adult relationships, while simultaneously lodging a successful critique of the mismanagement of governmental power.

.hack//Sign, the inaugural major title of the ambitious and predictive .hack multimedia project that flourished all-throughout the 2000s, arguably has more in common with Serial Experiments Lain at its core than the today’s isekai craze it often gets called a ‘progenitor’ of.

Intentionally or not, Kazunori Ito picked up on some of the threads he helped weave into Ghost in the Shell, waxing on the integration between humans and technology via the internet, and takes them to the next step. What happens if you actually throw someone in the internet with no escape? As would be proven time and again by many who spend too much time online, their brains would break in real time as they struggle to meaningfully connect with someone! Great!

The most casual of watchers may have only heard of Gamera’s name, and assumed the turtle to just be a B-Team Godzilla. As our own Alicia lovingly detailed, that just isn’t the case!

Many dedicated and passionate tokusatsu fans have lauded the Heisei Gamera Trilogy as the pinnacle of kaiju cinema. All three were scripted and created in part by Kazunori Ito. He is a lifelong fan of the sub-genre; he grew up passionately devouring the Showa era monster films in the very movie theater his parents ran. Gamera 3: Revenge of Iris in particular maintains a dedicated cult following for its surprising edge and depth.

You can keep up with Kazunori Ito on Twitter.

The Cyberpunk Mania of Ghost in the Shell