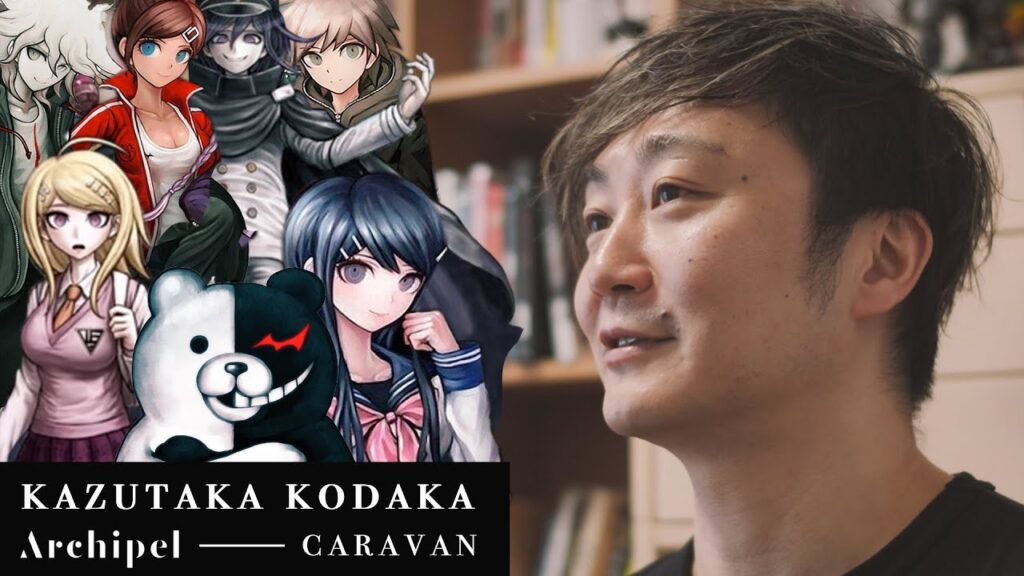 One of the best YouTube channels for documentary coverage and interviews centered on the Japanese gaming and creative industries is Archipel, interviewing the likes of Yoko Taro and Hideaki Itsuno of Devil May Cry 5 fame, as well as offering fly-on-the-wall insight into how media is made. The latest of these is with Danganronpa creator Kazutaka Kodaka as he explores his creative inspirations in the debut episode of a new series on the channel titled Archipel Caravan.

Thanks to his work on Danganronpa Kazutaka Kodaka has become known as the father of the death game genre, and its this status that this 9-minute interview seeks to explore, as well as how his creative process when it comes to creating games. Most important to him is the ability to create a central concept and big picture for the title that can be summarized in just a few lines, from which a more detailed synopsis can be built up from there.

It’s an interesting insight into how Kodaka goes about his work, and you can see this process clearly in how simple it is to summarize each of his most iconic games. Danganronpa can be easily summed up in a single sentence by saying it’s about a group of schoolchildren forced to take part in a death game by a maniacal ringleader in Monokuma. There’s much more to the game than this, obviously, but at its core is an easy-to understand idea that drives the rest of the game. Even his most recent title, World’s End Club, can be easily described as a supernatural journey across Japan with a group of kids in a post-apocalyptic world.

The interview shares his love and inspiration for David Lynch, what he does to create a sense of submersion into the worlds he creates and his views on the death game genre he helped to pioneer. As opposed to being about death, these are games about playing for your life, since killing is much less purposeful without a motive to justify it. This is something you can really see with all his titles.

The full interview with Kazutaka Kodaka is worth watching and rather interesting, with more interviews with other creators being promised weekly on the Archipel YouTube channel.