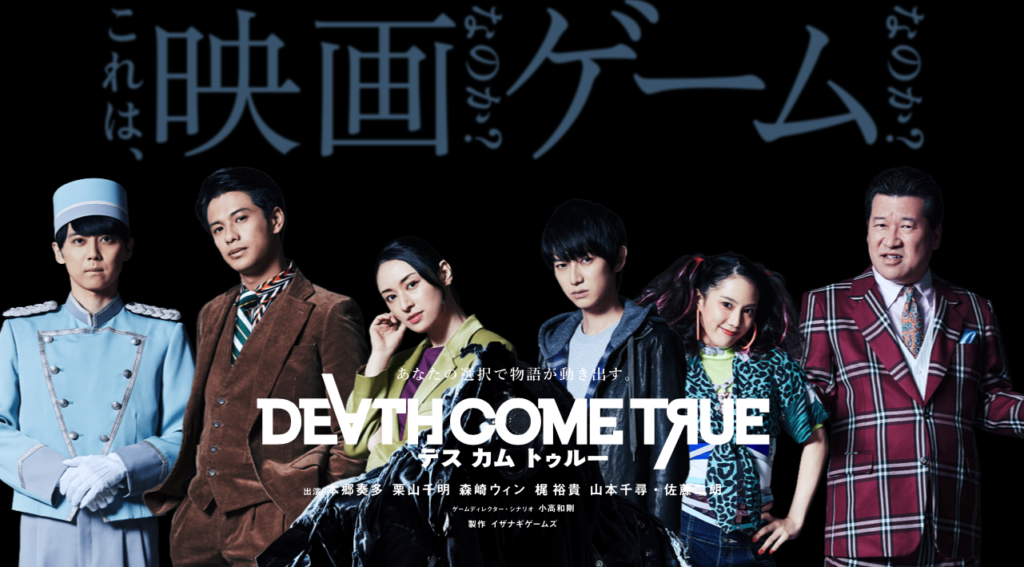 Death Come True is a curious project. The latest game from Danganronpa creator Kazutaka Kodaka, this FMV game will serve as the first project to be released by Too Kyo Games, a small development company founded by him and other prominent niche developers and creators. Following a slowly-accelerating promotion campaign for the title over the last new months, a new trailer has revealed that Death Come True will release on certain platforms on June 25th.

Death Come True is an adventure game that builds upon the story-heavy titles the director has previously worked on within an FMV framework. Makoto Karaki wakes up in a mysterious hotel room devoid of all memories, before turning on the TV to find out they’re a wanted serial killer. Confused by this turn of events, Karaki, who has the ability to travel through time, looks for clues to discover the truth behind his actions.

As an FMV adventure, the ‘gameplay’ takes the form of real actors acting out each scene, with the player making decisions that alter the direction of the story in turn. The release date announcement trailer released today features prominent Japanese actor Jiro Sato as he attempts to introduce the premise of the game before quickly losing track of the purpose of the video.

In any case, the video confirms that Death Come True will release on June 25th, in just 3 weeks time, with a retail price of 1960yen. Although the game has been announced for release on Nintendo Switch, iOS, Android, PS4 and PC, this release date is only for Switch and mobile platforms, with PS4 and PC coming at a later date. Also, although we know that the game will be localized into multiple languages and launch worldwide, this announcement doesn’t confirm whether this date also refers to territories outside of Japan.

You can find out more about Death Come True over on the game’s official website.