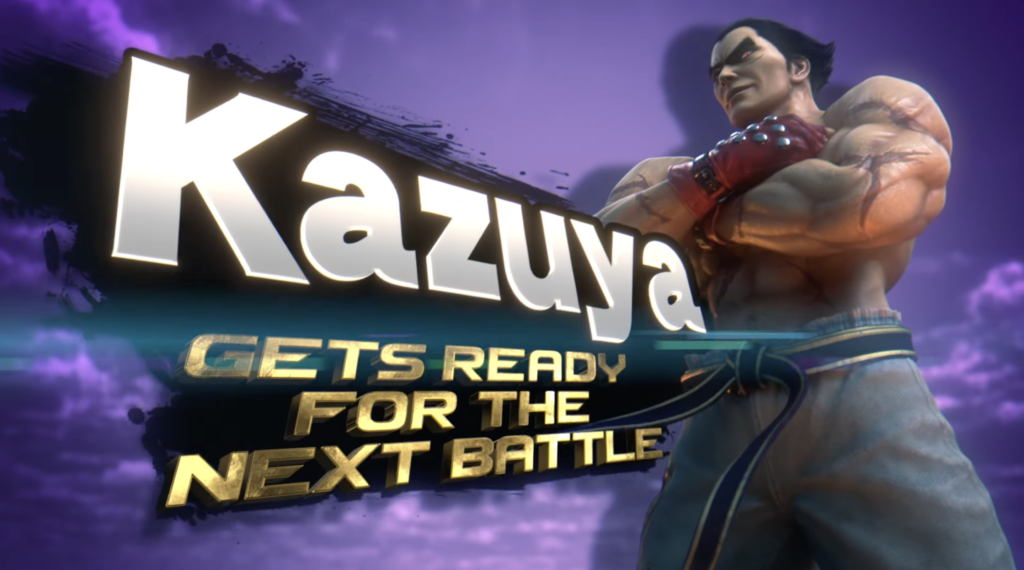 Kicking off the E3 2021 Nintendo Direct was news of the latest fighter to join the Super Smash Bros Ultimate, this time bringing another fighting game franchise in Tekken and its main character Kazuya into the world of Smash.

With the reveal of Pyra from Xenoblade Chronicles 2 as the most recent character in the second Fighter Pass for Super Smash Bros Ultimate, enough time had passed where dedicated fans of Nintendo’s premier party fighting experience were wondering who would be the next fighter to join the game’s massive roster. Few would have expected Kazuya from Tekken to be that new Super Smash Bros Ultimate fighter.

A new Super #SmashBrosUltimate fighter has been revealed! pic.twitter.com/mjyJQwZ2pX

The reveal trailer kicked off Nintendo’s 2021 E3 Direct with Ganon’s limp body being thrown off a cliff into a pool of lava. It was only then that we got to see the unveiling of the man responsible for this act: Kazuya. Following this cinematic we finally get to see the fighter in action, including against his old fighting game rivals like Ryu from Street Fighter.

Included with the fighter is a new stage, based upon the dojo associated with the character in the series. All the moves used by Kazuya in Super Smash Bros Ultimate are based on his moves in Tekken, as well, such as Tornado Kick, Searing Edge, and Flash Tornado.

The sooner the better. After all, Kazuya killed Kirby, and we need revenge!