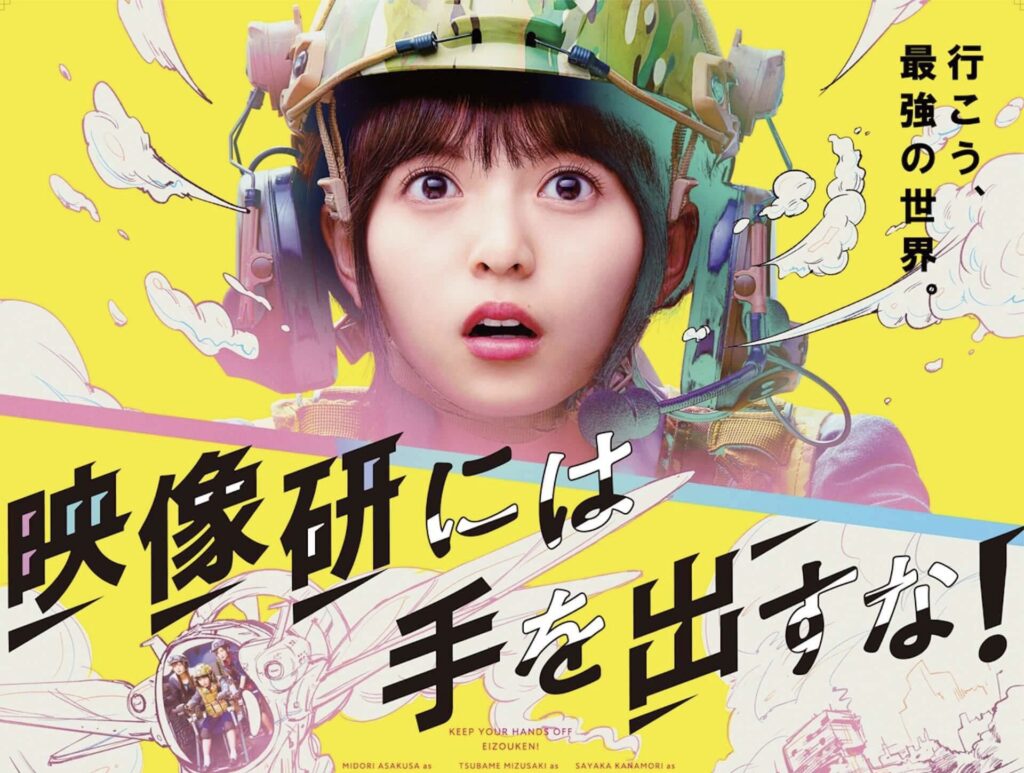 And so the great COVID-19 cinematic realignment continues. Another anticipated film delayed as a result of the recent pandemic that has now received a new release date would have to be the live-action adaptation of Keep Your Hands off the Eizouken. After a well-received anime adaptation and TV drama that released at the beginning of the year, this film was supposed to coincide with the release of these productions to act as a trifecta of adaptations of the original manga. Instead, the film will now release in September, with TOHO promoting the film and pinning hopes on this acting as a grand return of the cinema upon its release.

Cinemas have re-opened following the lockdown as a result of coronavirus, but attendance remains low. Audiences are scared to return out of safety concerns, and companies are scared to release a movie without attendance returning to normal, and as a result, films like Shin Godzilla and Studio Ghibli classics are topping the box office. Until things change, the release of new films will be slow.

Considering this, it makes sense that TOHO, one of the main production companies on the film and the owner of TOHO Cinemas, have decided to promote the film as a movie you should end your cinematic exodus to see. A new trailer for the film released alongside the new September release date downplays footage for the film in favor of spouting out the wonders of watching the film on the big screen and the unique experience this brings. Even the Nogizaka46 stars that play the main characters on this film are pushed to the background, assuming fans of the group will remember their roles in the production.

It’s a promotional campaign fitting for a film about a trio of characters who want to protect the medium they love (in the case of the series, protect the animation club from closure) and share it with others. The hope for TOHO is that this new trailer and release date for Keep Your Hands Off the Eizouken encourages audiences to return to the cinema when the film premieres on September 25th. You can find out more about the film over on its official website.