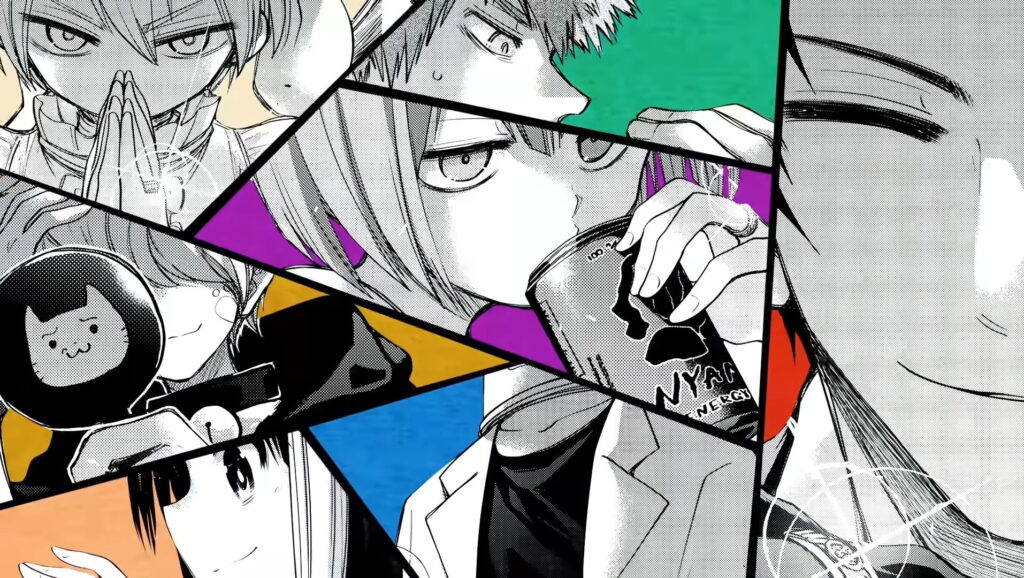 Titled ‘DA・DA・DA・DA・I・SA・KU・SEN’ (a reference to the series’ Japanese title, Yozakura-san chi no Daisakusen) and available to watch in animated music video form via the official Jump Channel now, what makes this original song so special is that Keiichi Kendou has managed to give each and every member of the Yozakura spy family their fair share of the spotlight.

In a blog post on the V Jump Play website, Kendou details how he went about creating the song in accordance with the editorial department’s wishes. Apparently, they told him that they wanted the song to evoke the ‘family love, bonds, togetherness of the Yozakura family,’ and it must be said that the composer stepped up to the plate… and then some.

With the obvious exception of Ban and Keiko Yozakura, who aren’t part of the same generation as Kyoichiro et al., not a single family member gets left behind in Keiichi Kendou’s original Mission: Yozakura Family song. Even when certain characters’ personalities are quite weak and haven’t been explored in the story in that much depth (cough, Kengo, cough), the same amount of care and attention has been afforded. The little musical and lyrical flourishes, too (such as the glitchy, electronic breakdown during Shion’s part) make it clear that the composer has done his homework.

All of this is, of course, underscored by a catchy tune and charismatic vocals from Akitoshi-KamberLand. Without these collaborators, Keiichi Kendou wouldn’t have been able to put this piece together; nevertheless, the quality of the work speaks for itself. If Mission: Yozakura Family ever does get an anime, then this is a dead ringer for the OP.