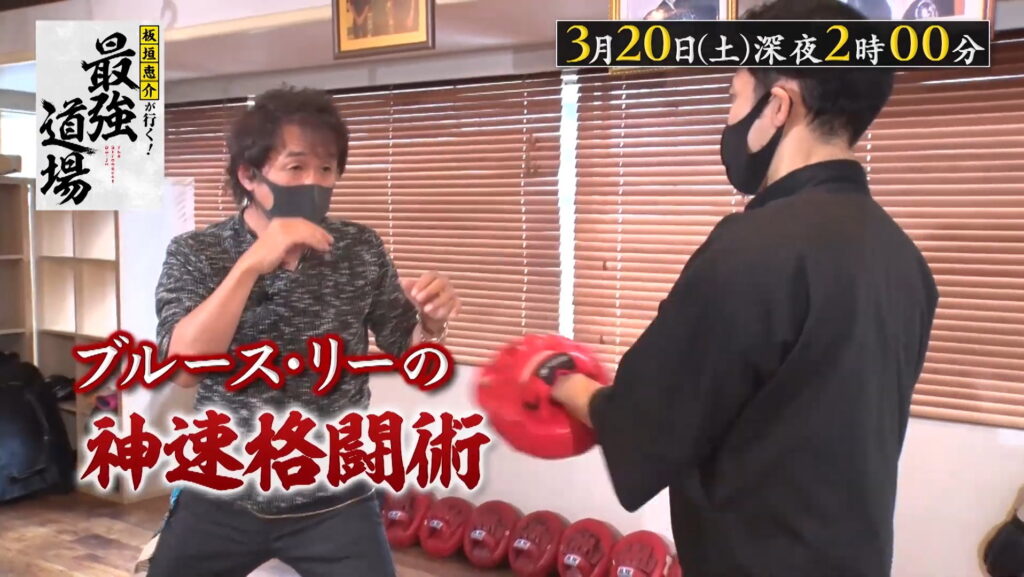 Creator of the long-running Baki series (now on its fifth incarnation) Keisuke Itagaki has always used his real-life experiences with martial arts as inspiration for his manga, but now the author is taking it to the next level: searching for the strongest fighting style around in a new TV documentary produced by BS-TBS.

Before becoming a mangaka, Keisuke Itagaki spent five years serving in the JSDF: more specifically, the 1st Airborne Brigade of the Japan Ground Self-Defense Force. There, he took part in amateur boxing and even competed in national events; he is also a keen practitioner of shorinji kempo, which he has maintained ever since he was a teenager. These real-life experiences were instrumental in providing the inspiration for Baki, which he began in 1991 after his first series, Make-Upper.

In this BS-TBS documentary, Keisuke Itagaki will explore two new forms of martial arts: jeet kune do and krav maga. The former was conceived by Bruce Lee and is influenced heavily by his experiences with fighting and self-defense, while the latter was developed for the Israel Defense Forces and derived from former boxer Imi Lichtenfeld’s experiences defending his local community from fascist attack. Both are relatively new, being developed in the 20th century.

In the above video, you can see the author learning some moves from the local practitioners, even having a go at sparring himself. They’re all wearing masks, of course, although I can’t imagine how uncomfortable it must be working up a sweat while your face is covered. Serialized mangaka are usually quite sedentary creatures, so this is a rare sight indeed!

Keisuke Itagaki’s preferred form of martial arts (shorinji kempo) is also quite new, being developed in the aftermath of the Second World War, so neither jeet kune do nor krav maga should pose much of a problem for him. Concerned viewers in Japan should, however, consider tuning into this documentary on BS-TBS at 2 a.m. on 20 March to see how he fairs!

Grit Your Teeth For Baki: The Great Raitai Tournament Saga