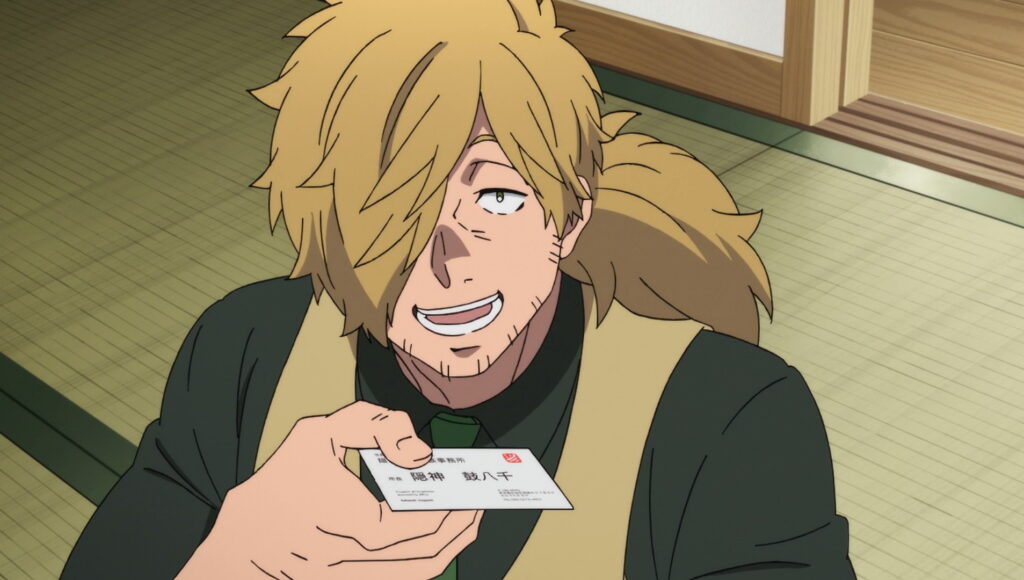 In Kemono Jihen (original manga by Shou Aimoto), the series’ main protagonist Kohachi Inugami runs a detective agency of sorts called the ‘Inugami Strangeness Counselling Office.’ The inciting incident of the series then comes when Inguami visits a small village to investigate a series of animal killings, during which he hands over his business card to the series’ other main protagonist, Kabane Kusaka. As it turns out, the number on that business card is actually real, and will play a series of messages if you call it as part of a phone-in campaign for the recently premiered Kemono Jihen anime.

Those messages include lines spoken by Natsumi Fujiwara in character as Kabane, Natsuki Hanae as Shiki Tademaru, Ayumu Murase as Akira Iwakiyamayukisatoshironanogojuurokushi (yes, that’s a real name), as well as Junichi Suwabe as Kohachi himself. What message you’ll hear will be chosen at random, after which you’ll receive an SMS with a short message containing a URL to a website where you can download a set of special Twitter icons. How exciting!

The phone number in question is 050-5576-4924 and will be in operation until 9 February, but our readers should be aware that this is a Japanese number: you may, therefore, incur international calling charges if you attempt to dial it from overseas.

This phone-in campaign is a perfect way to promote the Kemono Jihen anime and blurs the boundaries magnificently between fiction and reality. What would’ve been even cooler would be if this news wasn’t posted officially and fans found out accidentally by calling the number themselves, but what are the chances of this? Probably slim, but that certainly would’ve made for an even more interesting story.

You can watch Kemono Jihen as it airs via Funimation. The manga has yet to be licensed in English, but you can read it in Japanese via Jump SQ.

Upcoming Godzilla Animated Film to Be Available Worldwide via Netflix