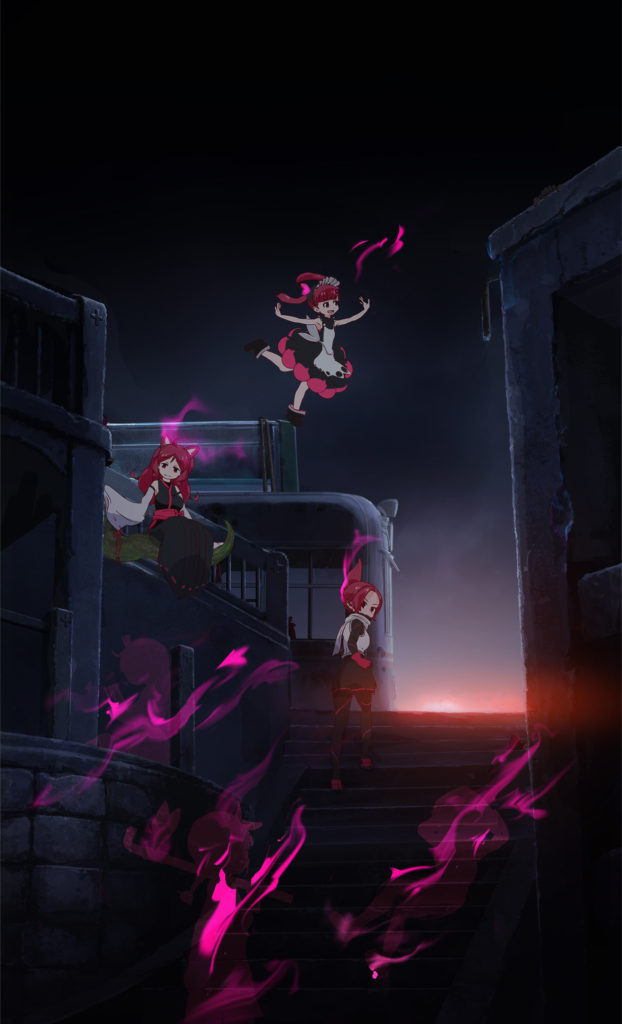 Even though 2019 remains a few weeks away, it’s already shaping up to be a year full of exciting new anime releases that include an all-new Fruits Basket anime adaptation, as well as a Blade Runner 2049 spin-off series, Blade Runner — Black Lotus. But even if it isn’t a pre-existing big-name property, you can definitely include the upcoming Yaoyorozu-produced series Kemurisuka in that group.

In February of this year director Tatsuki, best known for his work on the incredible Kemono Friends anime series, and his three-person team Irodori announced on Twitter that a Kemurisuka television anime was in the works, and now we finally know where we can watch it. On January 9, 2019, the show will premiere on Japanese television stations (Tokyo MX,  Sun TV, Tochigi TV, BS Fuji, Hokkaido Bunka Hōsō, Chiba TV, and Mie TV) as well as having an “exclusive” early stream on Amazon Prime Video.

For those of you that are unfamiliar with Kemurisuka, it first premiered in 2010 as a short original net anime (ONA) film that was broken up into two parts on Irodori’s official Youtube channel. It was also available on DVD in Japan. The science fiction-themed ONA is about a world covered in red fog and a group of girls who fight strange creatures known as “Mushi” (bugs). The short anime film won an award at the 24th Annual Computer Graphics Anime Contest in 2012.

Kemurisuka will pair studio Yaoyorozu and anime director Tatsuki once again after they formerly worked on Kemono Friends together. Additionally, the other two Irodori members, Yoshihisa Isa, and Yūko Shiromizu are also attached to the series as the animation director and art director. The anime will have a twelve episode run and will star Mikako Komatsu as Rin, Arisa Kiyoto as Ritsu, and Tomomi Jiena Sumi as Rina. The producer of Kemono Friends, Yoshitada Fukuhara, is attached as the animation producer for this series as well.

Those interested in checking out additional details on the series, be sure to check out Kemurisuka’s official website.