Kengan Ashura Launches On Netflix to a Knockout Success 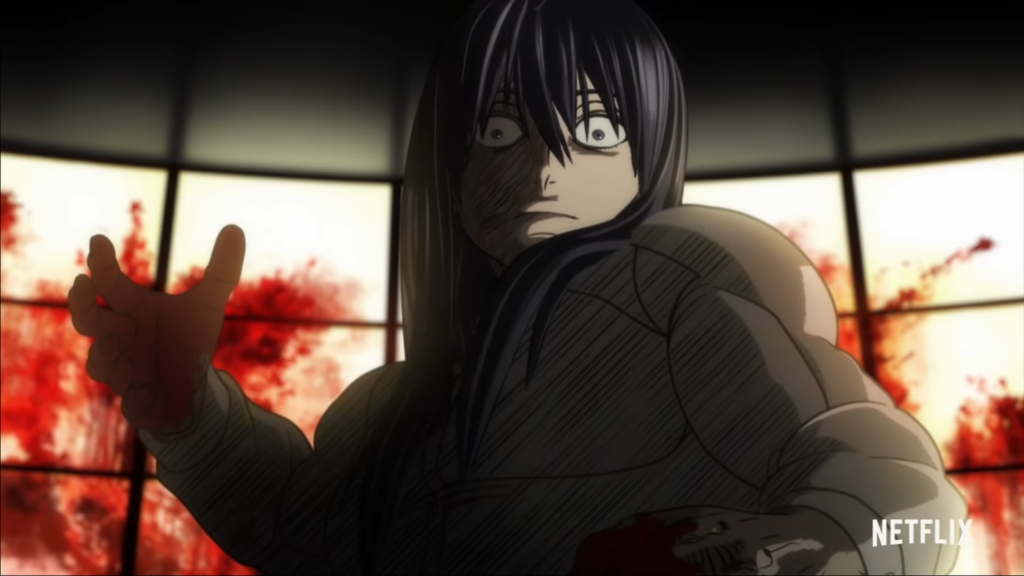 Lord knows I’ve been really excited for the anime adaptation of Kengan Ashura to hit Netflix. While I’ve never read the original manga, repeatedly all I’ve heard is that it’s the only martial arts series to stand toe to toe with the legendary Baki The Grappler. That too has an Netflix anime which I cannot recommend enough. Maybe on some level, I was excited for Kengan Ashura to drop to help fill the void as we wait for the thankfully confirmed season 2 of Baki, but now that it’s out I’ve got to admit it really does stand on its own two feet.

Kengan Ashura is a nonstop barrage of fist barreling muscle against muscle action. The series wastes no time in throwing the audience, and the show’s lead Ohma, into fight after fight. The euphemism ‘packs a punch’ has been uttered millions of times but if any one piece of media embodies that phrase, it’s this. This high octane story centers around ‘Kengan’ fights; in series, a way for the wealthy to settle disputes by hiring skilled fighters to duke it out in unarmed combat. It’s a simple premise but the way the show executes these battles makes it all worth it. Substance in the style, as they say.

I haven’t watched all the episodes released for Kengan Ashura yet, only half at the time of writing, but I’m already hooked. The manga finished at 27 volumes, before unleashing its sequel Kengan Omega, so I’m sure Netflix’s 12 episodes doesn’t cover the entire story. I’m hoping enough people watch it so they’ll continue making this absolutely wild show. It is mostly a 3DCG show which may be off-putting to some, but this kind of animation allows the martial arts matches to look something. There’s lots of dynamic and precise movement that the animation successfully articulates.

You can watch Kengan Ashura on Netflix now.