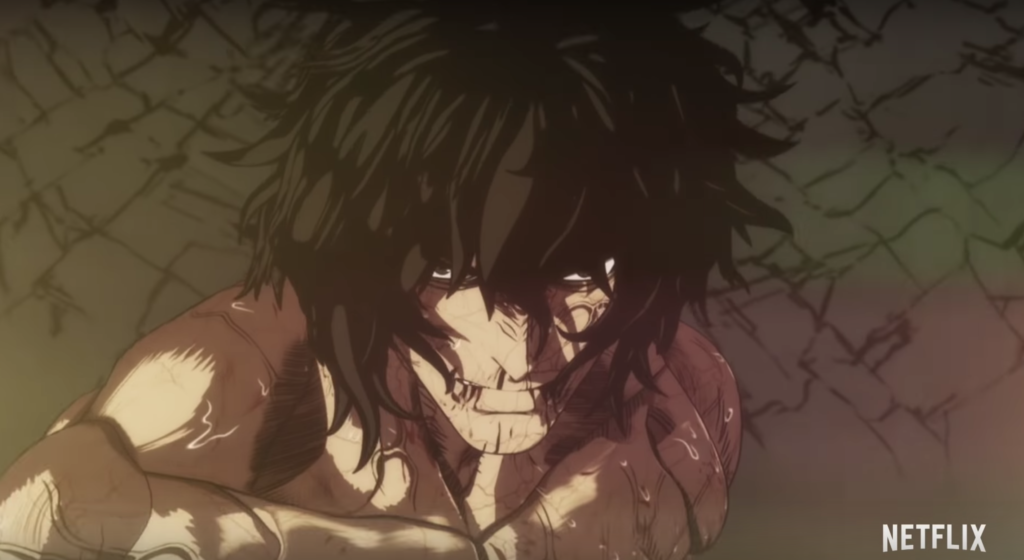 Muscle Boys. Netflix has figured out what the anime world needs right now isn’t monster girls nor is it I Tripped Into Some Different World With My Nin*endo 3*S. No. It’s muscle boys. Netflix dropped its latest PV for the upcoming Kengan Ashura. Right off the heels of the excellent Baki, another Netflix original featuring nothing but Muscle Boys beating each other within an inch of their lives which just got a second season announced, we get this. The trailer a minute of beefy CG dudes wailing on other beefcake CG dudes and honestly, I’m so into this turn for Netflix original anime. Keep em coming.

The Anime for Kengan Ashuara’s been a long time coming. Based on the original manga by artist Daromeon and writer Yabako Sandrovich, serialized in Shogakukan’s Ura Sunday magazine, it won a 2015 fan contest to be animated. Formally announced in 2017, with its first episode premiering almost a year ago at Anime Expo 2018, it will finally come to Netflix on July 31. Its basic premise is pretty light; rich people hire the muscle boys to fight each other so they can gamble on the matches. That’s it. The original manga ‘finished’ last August but started again this year under the name Kengan Omega.

The anime looks to be entirely 3DCG, unlike its bigger brother Baki which mixed 2d and 3d animation. However, what we’ve seen of the show so far looks fluid and expressive. It’s probably utilizing motion capture to get the martial arts just right, with industry veteran Seiji Kishi directing Kengan Ashura. He’s known for being extremely versatile, having directed works like the original Persona 4 animation, Yuki Yuna Is A Hero, and a personal all-time favorite, Angel Beats. I’d argue the show is in good hands.