Kenjiro Tsuda is Perfect in These ‘GOKUSHUFUDOU’ Commercials 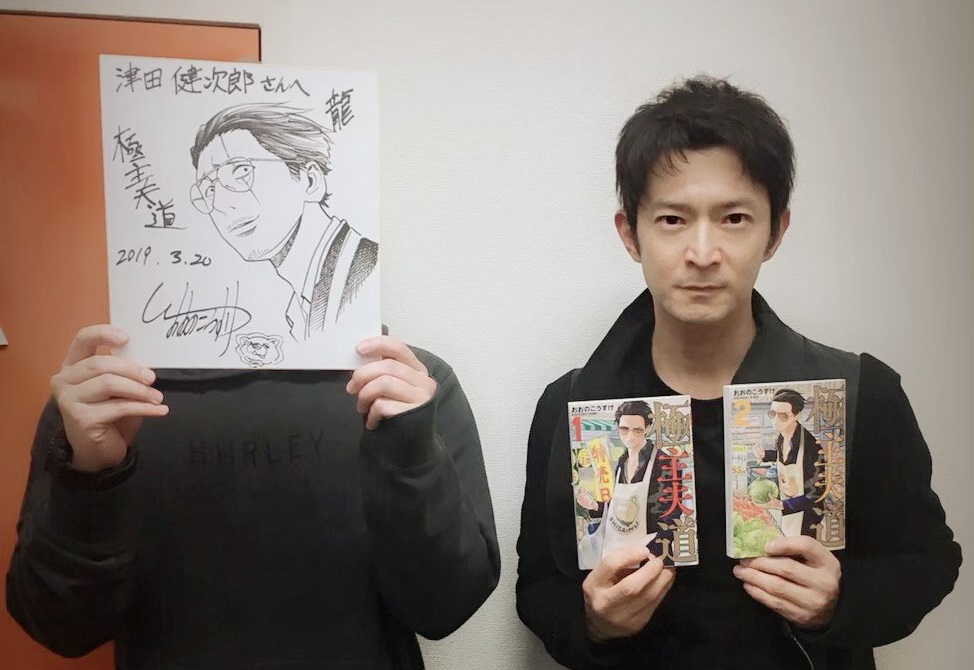 Seeing characters from a manga you read receive a voice, whether it be for an anime adaptation or even just a radio play, can be a stressful experience. Sometimes that voice is different from the one you always imagined, and sometimes the voice just doesn’t fit at all. Luckily, when it comes to Kenjiro Tsuda as the “Immortal Tatsu” in the GOKUSHUFUDOU commercials, that couldn’t be further from the truth.

Kenjiro Tsuda has been lending his voice to the protagonist of Oono Kousuke’s GOKUSHUFUDOU ever since the manga’s first voiced commercial all the way back in August of last year. So far, he’s done three commercials for the manga, one for each collected volume.

GOKUSHUFUDOU follows the story of the legendary yakuza “Immortal Tatsu,” as he retires from criminal life to become a stay-at-home house husband. But old habits die hard, and Tatsu can’t help but exude the air of a professional criminal and often faces hilarious situations in his everyday life because of it.

I’ve been following the manga ever since it blew up in online manga discussion following it’s high ranking in the 2018 ‘Kono Manga ga Sugoi’ list, which is fairly easy considering it’s serialized online for free (on a rotating basis) via Kurage Bunch.

I’ve also been following the activities of voice actor Kenjiro Tsuda ever since I saw him in person at last year’s AnimeJapan, where he was doing PR for his character in Lupin the Third: Part 5. At the time, I was struck by his cool demeanor, as well as his iconic rough voice.

It was this voice that landed him the gig as the Japanese voice of Norman Reedus’ character in Death Stranding, Sam, as well as – obviously – Tatsu in the GOKUSHUFUDOU commercials.

It should go without saying, but Kenjiro Tsuda is absolutely perfect as Tatsu in these commercials. His voice perfectly matches the threatening yet cool demeanor of the character, and the way he rolls his “r’s” is absolutely breathtaking.

One of the other reasons why I know he’s the perfect choice for the role is that we’ve actually seen another actor ‘play’ the role of Tatsu in another commercial.

I’m not quite sure who the actor playing Tatsu in the above GOKUSHUFUDOU commercial is, but he’s no Tsuda – that much is for sure. While he’s certainly got the threatening part down pat, his voice definitely isn’t as smooth as Tsuda’s; consequently making him seem more like a thug than a cool, confident yakuza.

Of course, Tsuda’s perfect casting as Tatsu does also beg the question: will he be voicing him in an anime adaptation, if that ever happens? Perhaps. There’s certainly the possibility that the casting director behind a GOKUSHUFUDOU anime adaptation might find another suitable candidate – but I’d have to see it to believe it, as Tsuda really is perfect in the role.

Tower of God Episode 2 Review: Getting the Team Together