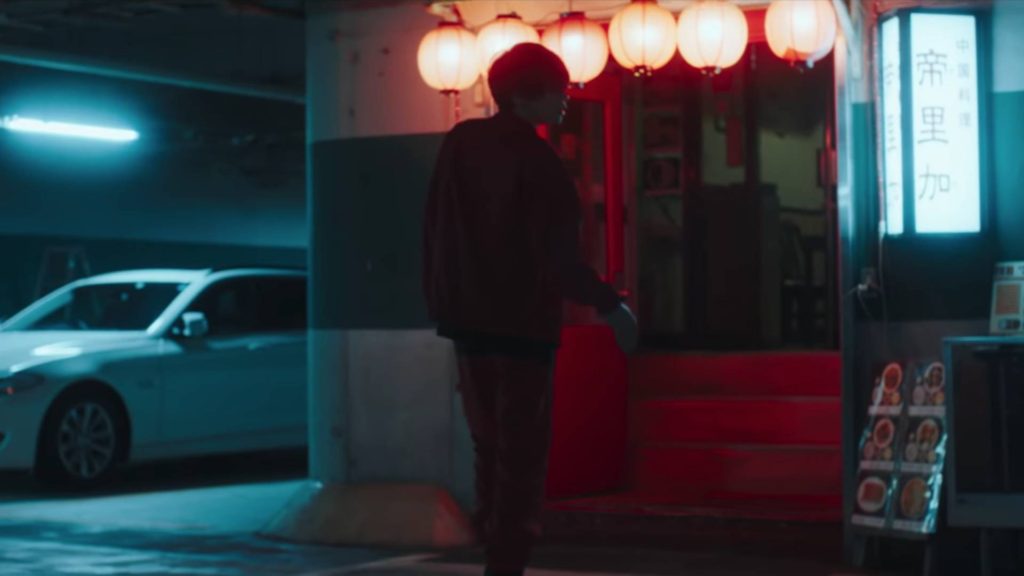 Earlier this week saw the release of Kenshi Yonezu’s long-awaited ninth single, a sadistically playful tune by the name “Flamingo”. Accompanied by an all-new music video which debuted on the rapidly-rising talents YouTube channel, “Flamingo” was joined by the announcement of two other songs composing the three-track single release that is set to drop on October 31, 2018.

It’s totally questionable whether Kenshi Yonezu himself, or music video director Tomokazu Yamada, is an avid follower of Twitter trends, but I found myself immediately grabbing my phone when I noticed the filming location for this video — it was all too familiar. As it turns out, this exact spot was the center of a recent viral tweet in Japan detailing the restaurant and sharing praise for its off-trail location and cheap prices. Well, either that or he’s a diehard fan of Hiroshi Fujiwara, given it was this exact store that inspired him to launch his The Park-ing pop-up store in Ginza following his chance encounter with Derika while returning to his car.

Either way, there remains no doubt to the testament that Kenshi Yonezu is one of the biggest talents in Japan right now, and that’s a trend that isn’t looking to slow down any time soon. Several months ago the airwaves were filled with “Lemon”, Yonezu’s eighth single and a major turning point for the artist. Whether it was on television or the streets of Tokyo, your favorite music stores, or even arcades, you couldn’t step anywhere without hearing Kenshi Yonezu’s infectious life-after-loss ballad.

While it remains to be seen if “Flamingo” will have the same lasting effect, this certainly won’t be the first time I’ve had a song called “Flamingo” stuck in my head for weeks on end.