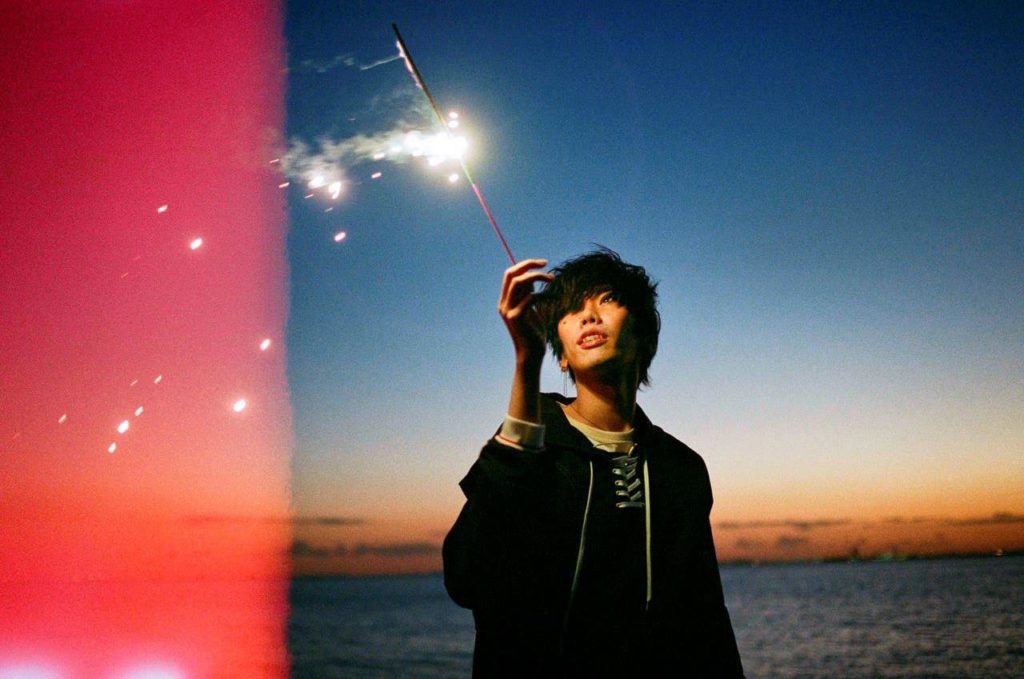 Born on March 10, 1991, Kenshi Yonezu (米津玄師) is a Japanese musician, singer-songwriter, producer, and illustrator. In 2009, he started music production with the Vocaloid software under the name Hachi (ハチ). Following this in 2012, he started releasing music with his own voice under his real name.

Kenshi Yonezu’s foray into music professionally started in 2009, however, in 2006, he started a band with his friend Hiroshi Nakajima called Late Rabbit Edda. Yonezu uploaded a number of songs to online video platforms under the user name of “Hachi” but none of them really garnered any attention.

It wasn’t until after Yonezu left his hometown of Tokushima, Japan to go to school in Osaka, Japan that he really started to get his music to resonate with the general public.

The Start of Something – Kenshi Yonezu as Hachi

After Kenshi Yonezu graduated from high school, he made the move to Osaka, Japan where he attended The Osaka University of Arts, Osaka Art College. It was at this time that he started uploading content to the super-popular video streaming platform Nico Nico Douga under the artist name “Hachi.”

The songs that he made using the Vocaloid Hatsune Miku software have gotten millions of views. Yonezu actually had just about 30 songs on the same channel with him singing as well, but he decided to delete them from his account when the Hatsune Miku tracks started taking off.

It was not long after this that Yonezu started receiving attention from various agencies and record labels wanting to release his music. One of the first labels that reached out to him was Exit Tunes. His track “Clock Lock Works” was featured on their album “Supernova”.

Knowing that his notoriety was on the up and up, Yonezu started releasing his own solo albums. In February of 2010, he released his first solo album “Hanabata to Suisou”, followed up by “Official Orange” in November of 2010.

Aside from being featured on numerous Exit Tunes albums and having his own solo albums released into the world, Yonezu’s music with Hatsune Miku was extensively featured in the Hatsune Miku: Project DIVA series as well as Hatsune Miku’s live concerts.

In 2011 along with seven other musicians, Yonezu created the independent music label “Balloom” in order for aspiring internet musicians to expand their opportunities. Yonezu himself even released through this label where his debut album for the label “Diorama” sold over 45,000 copies, debuted at number six on Oricon, and is still the label’s best selling album to date.

Then in a shocking turn of events, Yonezu released yet another Vocaloid song on October 28th, 2013 titled “Donut Hole” (ドーナツホール）. This time, instead of everything being produced on a computer, he used a live band with the Vocaloid “Gumi.”

A few months later on April 23rd, 2014, Yonezu released his second album “Yankee” followed by his first-ever concert on June 27th of the same year. This is also when he started to become a household name, albeit not at the level that he is now, but enough of a name to be asked to make the song for the Tokyo Metro TV commercial which he titled “Eine Kleine.”

Since then, his popularity has been nothing but upward, at a breakneck speed. He spent the next year and a half producing his album Bremen which released in 2015 which won the Japan Recording Industry’s 57th Japan Record Awards “Excellent Album Award.” He then went on to answer this with the release of his next album “Bootleg” in 2017 which is when the awards started to roll in.

Kenshi Yonezu as a Household Name with “Lemon”, “Uchiage Hanabi”, and “Peace Sign”

By this time, Yonezu’s position in the Japanese music industry was more than solidified. He kept putting out hit after hit which resonated with the Japanese public. This resonance allowed him to make his live television debut on one of the most prestigious television programs on Japanese television, the annual NHK Kouhaku Uta Gassen.

His Kouhaku debut saw him do a performance of his mega-popular hit, “Lemon.” A track which propelled him to super-stardom by selling more than five-hundred thousand physical copies and over a staggering three-million digital copies. It is also one of the most viewed Japanese music videos on YouTube with over 540 million views.

Also, it was used as the theme song for the TBS drama “Unnatural.”  He performed the track from his hometown of Tokushima which made history as it is the first time that a portion of Kouhaku has been broadcasted from that prefecture.

Aside from making music for himself, he still continues to produce for other artists as well. Some of the more notable tracks include Uchiage Hanabi with Daoko as well as Paprika by Foorin which Yonezu wrote, further gained him notoriety as they both were also performed at the Kouhaku event.

As an artist, Yonezu is really all over the place. He started in the underground scene with producing Vocaloid music, then essentially ran a netlabel to help other musicians gain notoriety, the created success for himself with his own solo act. Even more, he has produced opening themes for animes such as the theme for the second season of  “My Hero Academia” with the song “Peace Sign.”

The Future for Kenshi Yonezu

If the last 4 years are any indication of where Yonezu will end up, say, four to five years down the road. One can only say that he is likely to enter history as one of the most prolific Japanese artists to hit the industry.

He came from essentially nothing to being one of if not the most popular Japanese music act. This aside, he’s not only popular in Japan. His popularity reaches far outside of the boundaries of Japan to all parts of the world.

Where Yonezu doesn’t really perform live too often, I would love to see him make his way to more western parts of the world so people can really hear the uniqueness of his sound.