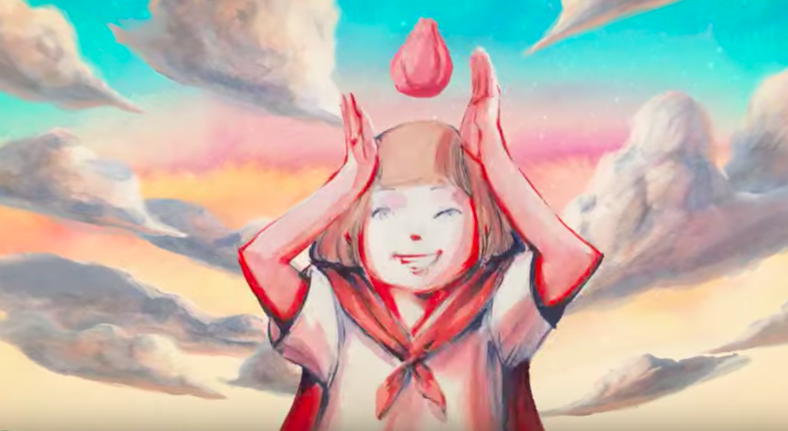 What’s unexpected about Kenshi Yonezu’s status as the top artist in J-pop today is that he’s also the most experimental A-list artist operating in the Japanese music landscape today. He has no reason to try out anything that could be read as “strange” in the context of mainstream music — the singer/songwriter has reached the point of popularity where he could put out anything and expect it to be an immediate hit. Yet he’s out here in 2019 submerging himself in electronics and, with “Paprika,” turning a song written for a group of elementary-school-aged kids into a left-field summer jam. Watch the video below.

Kenshi Yonezu’s “Paprika” has been a long time coming. He wrote and produced the song in 2018, but this song was originally given to the group Foorin, a pop outfit consisting mostly of younger kids, as part of an NHK initiative ahead of 2020. The original version, below, is charming but definitely carries the scent of something made for children’s programming. Still, interesting ideas pop up throughout, such as the shamisen notes or stranger synth touches right before the hook. Funny enough, it’s one of Yonezu’s biggest hits to date, having been viewed over 100 million times in the past year and sticking around the Japanese zeitgeist since. Say a prayer for your English teacher friends, who definitely hear this one a lot.

Now, Kenshi Yonezu has practically covered himself, and in the process transforms “Paprika” into something far stranger than NHK programming usually allows for. A lot of the island flavor remains throughout, and certain elements of the Foorin version sneak in too — catch the toy squeaks during the hook, brief but an echo to the original version — yet now Yonezu wraps it in something a touch more uneasy. The opening synth melody teeters a bit, and Yonezu’s actual singing on the verses is far more melancholy than the one designed for kids to belt along with. His “Paprika” becomes a bit sadder, as a result, the brightness of youth swapped out for adult knowing that time changes. Still, he makes the hook hit and has flute-like sounds appear to brighten the mood considerably. He didn’t need to transform a children’s song into something more complicated, but here he is upending expectations again.