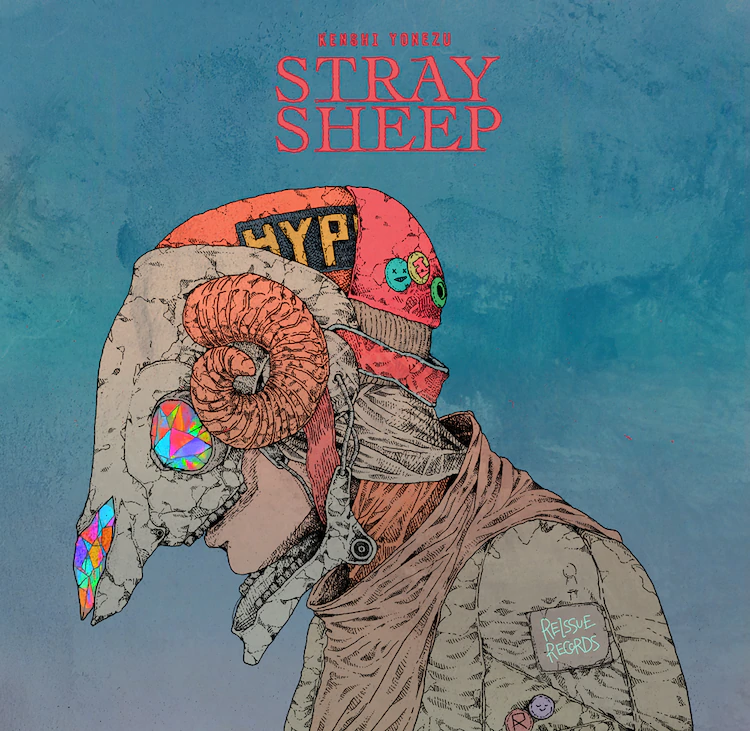 Many of the songs on STRAY SHEEP are probably familiar. Lemon is one of Kenshi Yonezu’s biggest hits. It was chosen as the theme song for the TBS television drama Unnatural (アンナチュラル) and dominated Japan’s airwaves for months. The music video for Lemon has amassed more than 574 million views on YouTube since its release in February of 2018.

Like most of Kenshi Yonezu’s works, the music video for Flamingo also went viral after the song debuted in 2018. “Shot in and around the parking lot that plays host to the adorably hidden Chinese restaurant Derika, the music video for “Flamingo” is the perfect match for the tone set by Kenshi Yonezu’s lyrics” (Lachlan Johnston, OTAQUEST) and has more than 173 million views on YouTube.

Flaming and TEENAGE RIOT were released as parts of a three-track single titled Flamingo / TEENAGE RIOT. A few days after the music video release of Flamingo, Kenshi Yonezu dropped one for TEENAGE RIOT on his YouTube channel.

Spirits of the Sea (Umi No Yuurei) served as the theme song for the animated film Children of The Sea, directed by Ayumu Watanabe. Its music video contains a reel of footage from the film. Patrick St. Michel (OTAQUEST) described the work,

Umi No Yuurei…[is] a ballad, featuring no shortage of string swells and big vocal releases that…find Yonezu embracing digital filtering on his singing in a way that actually makes him sound like an entirely different performer.

Part of this is probably a way to reflect “Children of The Sea” itself, as the effect makes Yonezu sounds like he’s several thousand leagues under the sea (see also, the whale sounds lurking in the background).

Paprika was originally given to the children’s pop group Foorin as part of an NHK initiative. The album version can best be described as a “self cover” of the work initially written and produced by Kenshi Yonezu in 2018.

Kanden will be used as the theme song for the upcoming TBS television drama MIU404. Packed with hits, STRAY SHEEP is sure to carve out a comfortable spot at the top of Japan’s music charts when it’s released.