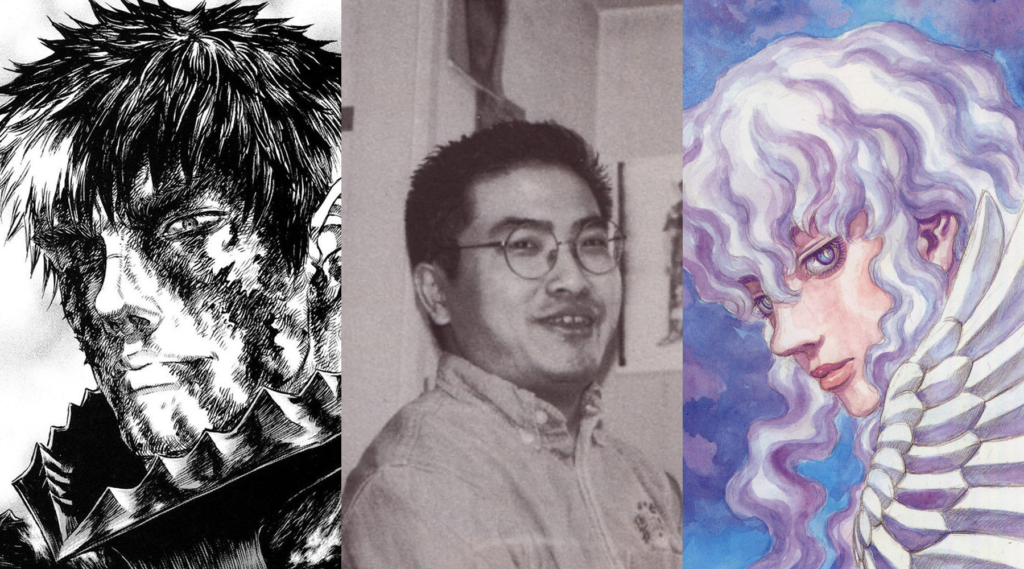 Kentaro Miura’s passing still doesn’t quite feel real, and with how much more he could offer the world, perhaps it never will. Through creating and continually chipping away at Berserk for over 30 years, his name rightly became synonymous with the best of what manga and comics could ever hope to offer.

With a punishingly disciplined artistic vision, clearly permeating through his illustration and narratives alike, Miura won over diverse audiences, reaching far beyond dedicated manga readers the world over, and earning a cult status that will endure forever.

The loss of this particularly brilliant human outweighs Berserk’s unfortunate premature conclusion, but the sudden stop to an artistic culmination of 30 years and the potential of his newest ambitions will haunt us all. Kentaro Miura wasn’t ready to quit, despite popular perception, and his legacy will continue to speak for him eternally. 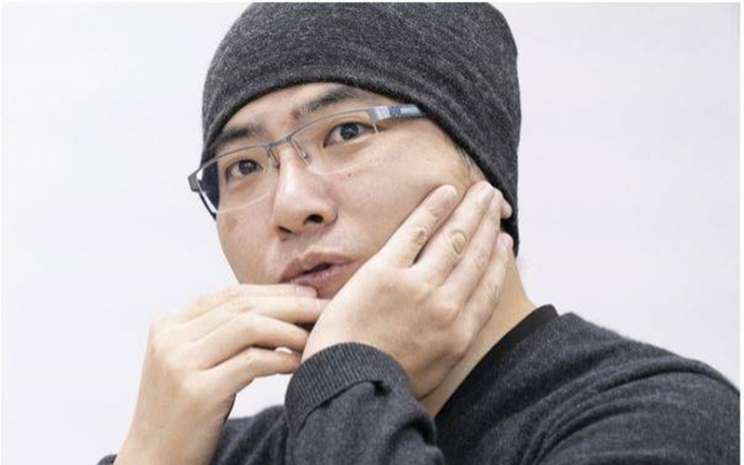 Like many notable manga authors, Kentaro Miura led a rather private life. From much of the commentary he’d give in his books and magazines he serialized works in, that might not have entirely been his choice.

He gained a professional interest in making manga from a young age and briefly worked as an assistant for Hajime No Ippo creator George Morikawa, who soon exclaimed that ‘there was nothing I could teach him.’

About five years later, following a few one-shots and short-term series, Miura would launch Berserk in the pages of Hakusensha’s Monthly Animal House (and then Young Animal), and cement his path in life. It would see him unleash a succession of unmatched artistic contributions to the world, one unbelievable chapter after the next, immediately and irreversibly changing the lives of every single person who ever dared peer through the pages of his manga… sometimes, at some considerable cost. 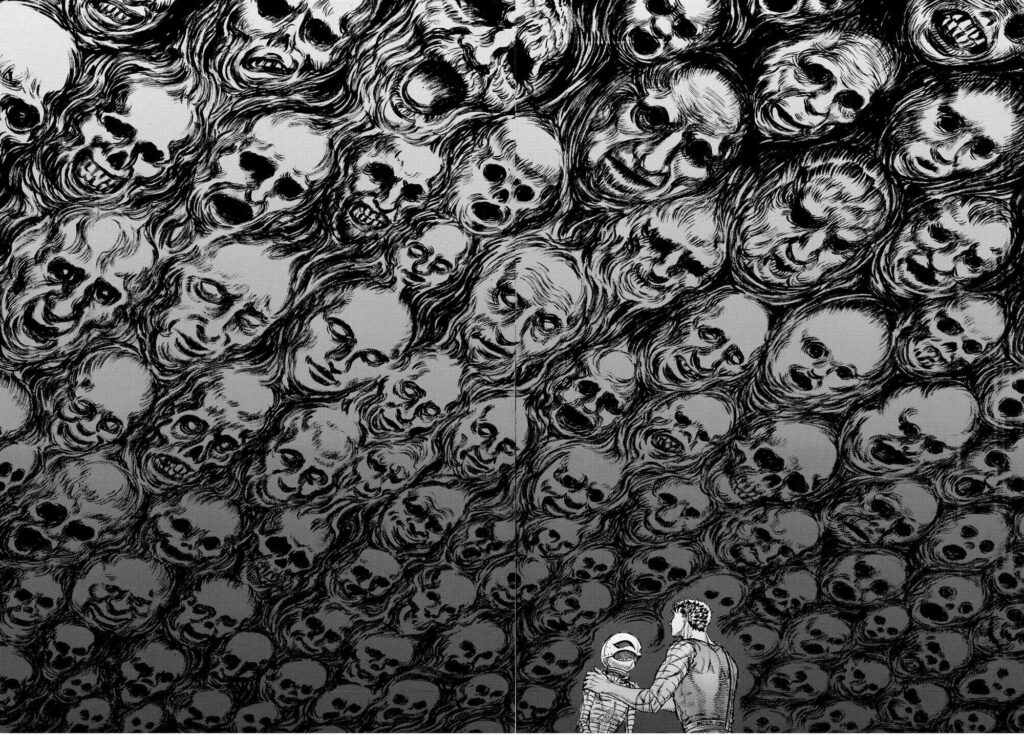 One look at the spread above is enough to realize Kentaro Miura’s unparalleled artistic prowess. Miura’s manga art is technically intricate and overwhelmingly dynamic in composition. He demonstrates mastery over size and scale, an infinite imagination for design and setting, and an almost-supernatural power to evoke worlds in singular panels that long placed Berserk on its peerless pedestal.

Museums could frame any of his pages for display, but 40+ volumes of excellence make Berserk the manga’s equivalent to The Sistine Chapel. If you have already read all of Berserk, you already know that his ability as a storyteller equals his mastery with the pen. The way he captures human suffering, resilience, and eventual growth makes Berserk what it is.

Sadly, talent and spirit alone are not enough to achieve these results: Miura regularly slept less than four hours a night and worked seven days a week for much of his career. He considered himself lucky if he could eat out or catch a film once every few months. 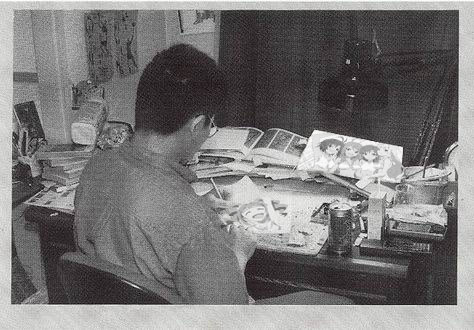 Kentaro Miura jokingly chalked up subsequent health issues as the cost of making manga; no doubt they were also the reason behind Berserk’s frequent hiatus status. At the very least, his sacrifices were not in vain: his masterpiece holds a special place in the hearts of many readers, and it is also adored by fellow mangaka who’ve gushed about its impact since Miura’s passing.

His former employer George Morikawa reminded us that Miura had incredible potential from the very beginning. Musician Susumu Hirasawa, who contributed to Berserk’s many anime adaptations, said that Miura will always occupy a state in his mind. Negima creator Ken Akamatsu shared a rare glimpse into Miura’s personal character, admitting that he would always fax Akamatsu excitedly when his favorite girl, Yue Ayase, would do something ‘sexy’. Perhaps March Comes In Like A Lion’s Chica Umeno’s words convey the most loss, having been close friends with Miura and her finding out before the public: ‘For the last two weeks, I’ve lost sense of reality and when I’m drawing, it feels like I’m talking with you.’ 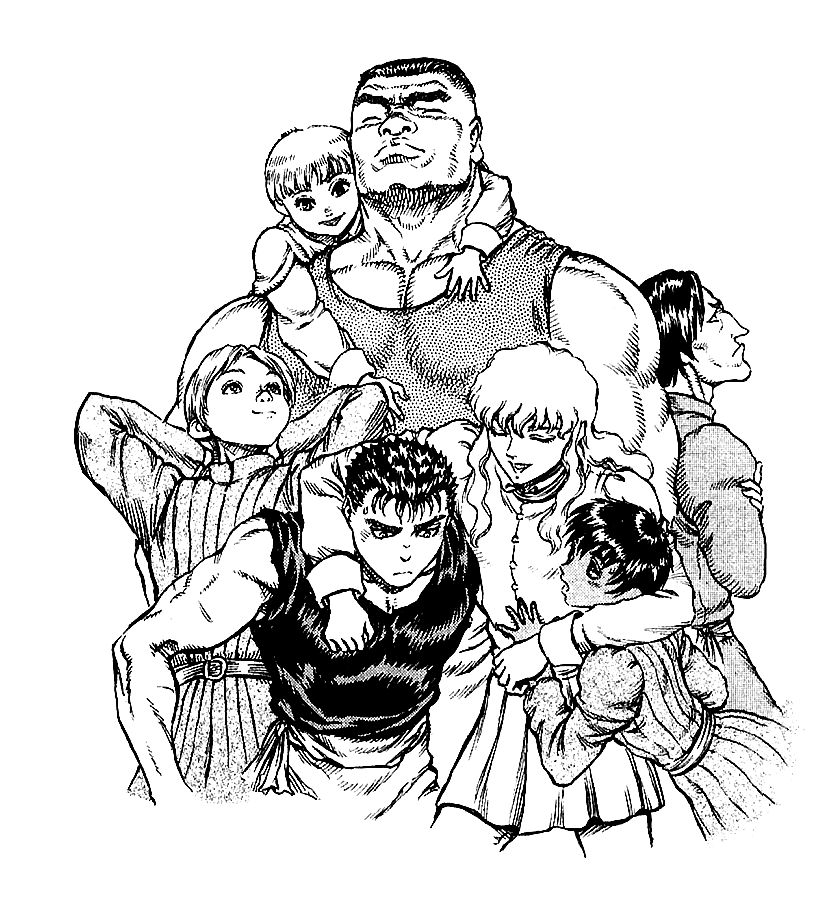 32 years after Berserk first launched in Monthly Animal House (33 if we count its prototype one-shot) Kentaro Miura’s name continues to reach new people both inside and out of the anime and manga continuum. We’ve seen everyone from prominent political podcasters to those involved with fine arts express regret and condolences towards Miura’s passing.

Kentaro Miura’s incredible talent and longevity have been a part of the greater conversation for decades, and in the days since his passing, newer editions of Berserk have been selling out on digital storefronts. That means even more people will be reading Berserk now. And that very moment one first encounters Berserk remains burned in memory, whether they got into Berserk the last few years since Twitter turned them onto it, they’ve been picking up volumes since the 2000s, or were on the ground floor of it coming out in Japan in the early 90s.

Miura left behind a powerful work, and we all owe the beloved creator to carry with us what he achieved for the rest of our lives. Though, Kentaro Miura’s so damn good we couldn’t do anything but.