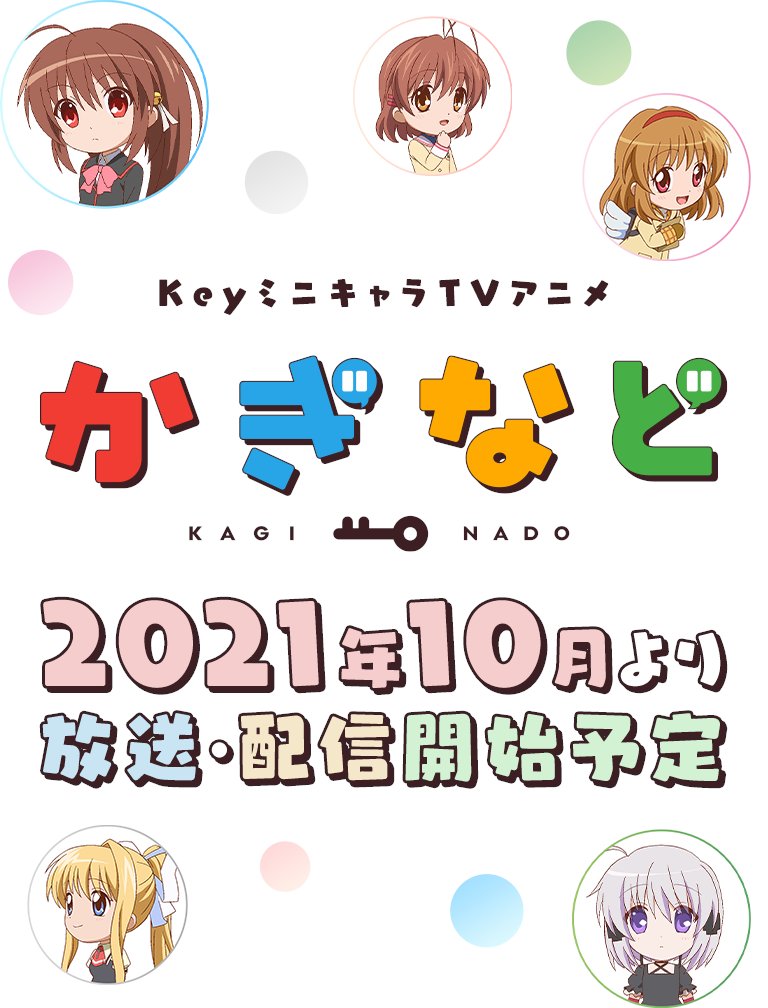 Visual Art’s Key announced on Sunday at its KSL Online 2021 – Kaginado musical event that they’re producing a new short anime called Kaginado that will premiere in October. The crossover will feature many characters from Kanon, Air, Clannad, Little Busters, and Rewrite in a similar style to Isekai Quartet.

No voice cast or studio has been officially announced, but that should change as we get closer to the fall anime season. A short PV of the series has already been circulating online, but Key has not released any more details on the project aside from a visual and a website.

A teaser visual of Kaginado was initially released on 1 April. Many fans believed it was an April Fool’s joke at first, but this news all but confirms it to be real. 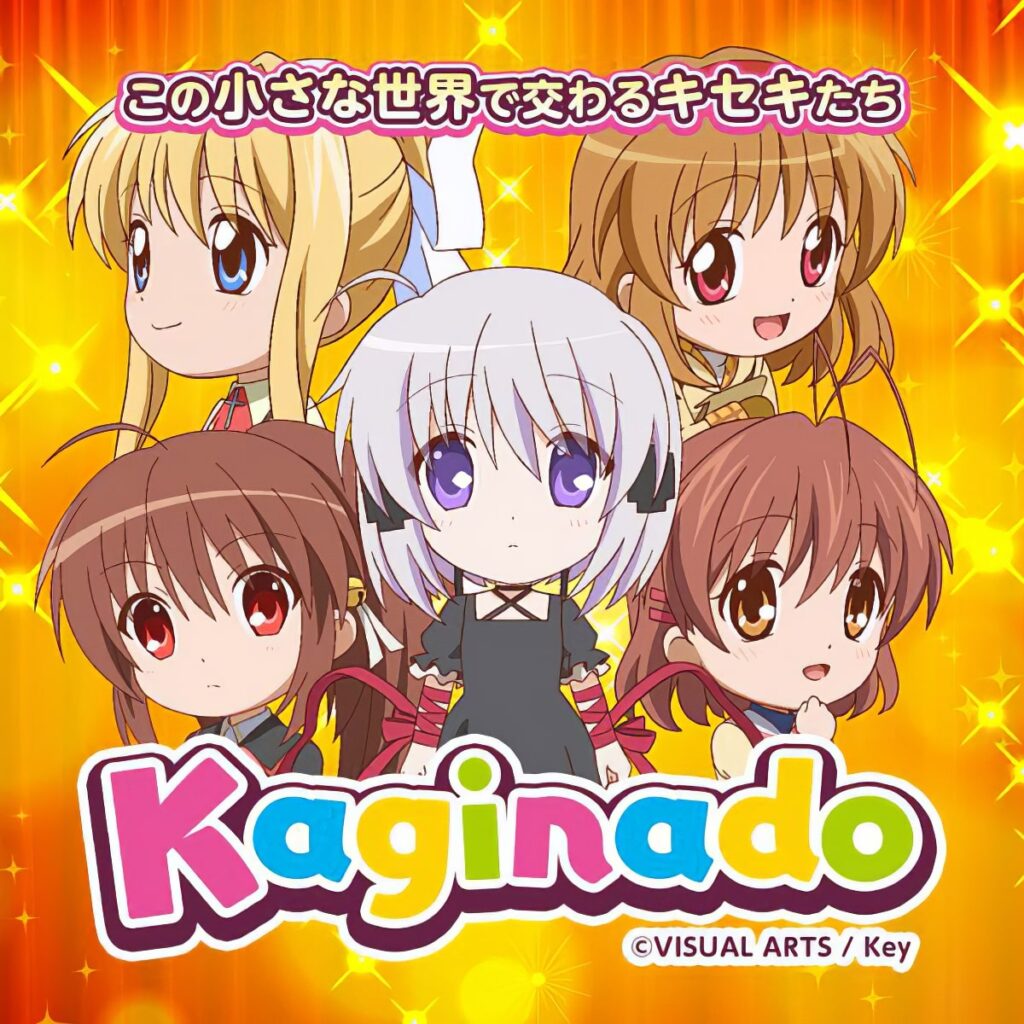 I’m pumped for the Kaginado anime, even if it’s a short. It’ll be great to see all my favorite characters from these franchises again, interacting with each other and having fun for the first time. I’ll be interested to see who will voice the late Tomoko Kawakami for Air’s Misuzu Kamio. Color me excited because fall can’t come soon enough.

Crowdfunded Anime Projects are on the Rise in a Big Way