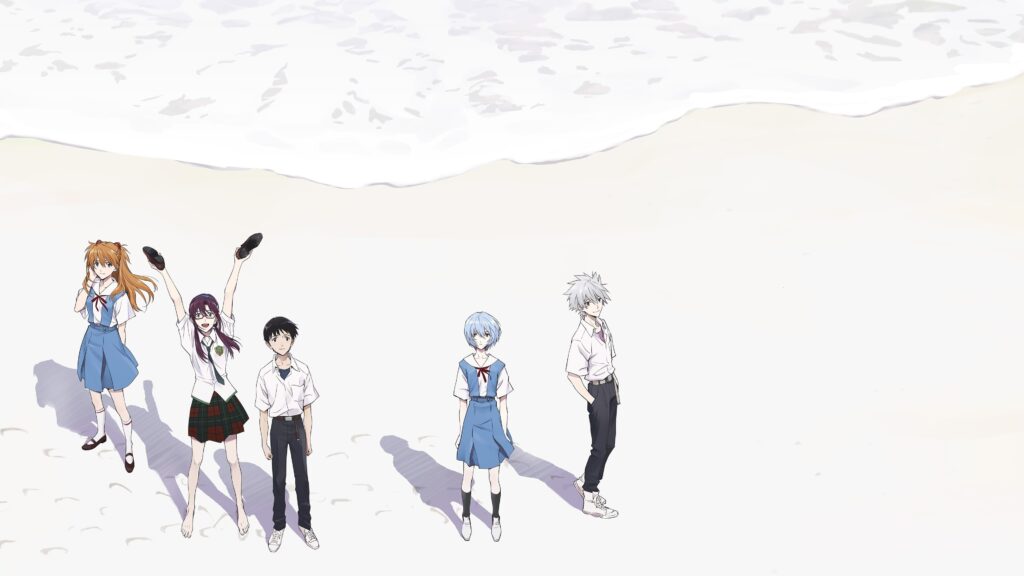 Despite positive reviews, not everyone is happy with the final Evangelion film.

In a post made on Thursday, animation studio Khara spoke out against recent acts of hate against members of the production staff involved in the popular Evangelion 3.0+1.0 film. 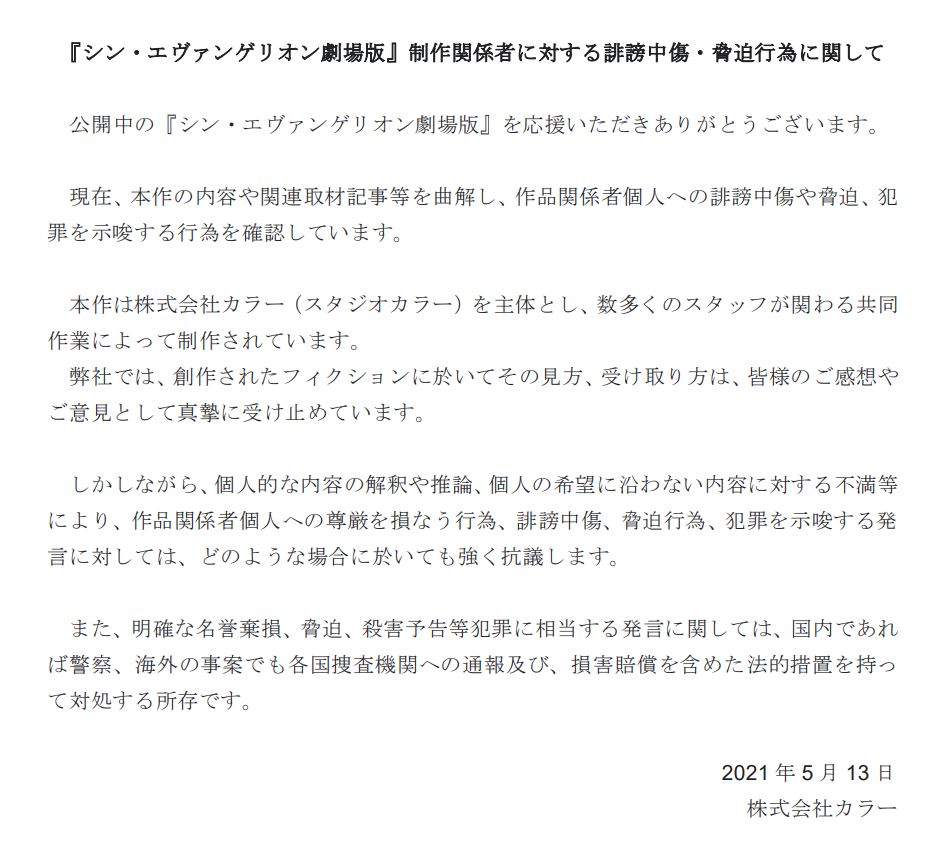 First, we would like to express our gratitude for your ongoing support of Evangelion: 3.0+1.0.

We have confirmed that there have been acts of slander, threats, and suggestions of crimes against individuals involved in the production of the film in the form of misinterpretations of the film content and related press articles.

This work has been produced mainly by Khara. inc (Studio Khara) through a collaborative effort involving numerous staff members. We take seriously the views and opinions of all viewers of our fictional creations.

However, we will strongly protest slander, threats, comments that suggest criminal intentions, and any other actions that undermine the dignity of the individuals involved in the work that stem from personal interpretations, inference, or dissatisfaction with content that does not meet individual wishes.

In addition, we make clear that we will not hesitate to take legal action and seek compensation for damages for statements that clearly constitute defamation, threats, death threats; and any other such crimes that constitute defamation, libel, slander, and threats. For domestic instances, we will report such actions to the National Police Agency of Japan. With foreign instances, we will report such actions to investigative agencies in respective countries.

This isn’t new territory for series director Hideaki Anno, who has spoken candidly in the past about the effect of online hate on his mental health. During the original airing of Neon Genesis Evangelion, posts popped up online in which demented ‘fans’ discussed how best to kill Anno, pushing him to contemplate suicide. Comments made online can have real-world repercussions, and we hope that this will serve as a real warning to those participating in hate against innocent staff.

After multiple delays, the final Evangelion film was released 8 March in Japan, and has made over ¥8 billion ($75 million) at the box office, making it the highest-grossing film in the franchise. So far, there is no announced release date for the west.