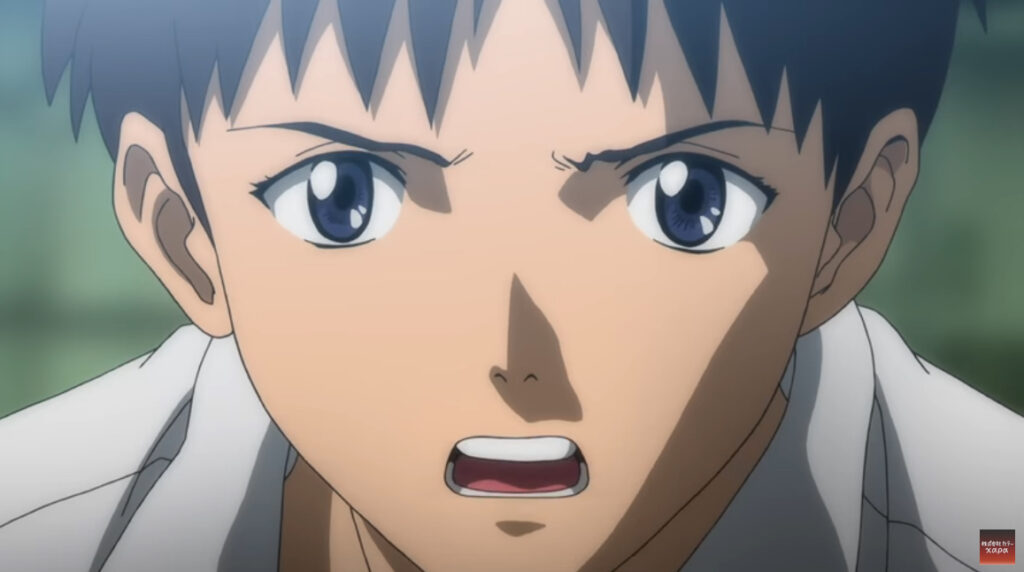 This week, anime studio Khara will provide Evangelion fans with little bite-sized YouTube videos featuring each of the main characters from the 3.0+1.0 movie. They are calling the short clips ‘Character Promotion Reels.’

The first one, which was posted on Monday (Japan time), features Shinji Ikari in all of his many moods. He’s less angsty in the movies than you may remember him being in the TV series, but he’s still Shinji:

Technically speaking, I suppose you could consider these to be anime music videos, since the Shinji one includes part of Hikaru Utada’s Beautiful World.

Incidentally, the YouTube comments are interesting, as always. Several of them are complaining about a) the lack of an international release; or b) spoilers in the many trailers which have come out. The rest are commenting on how much older Shinji seems.

The next character video focuses on Rei Ayanami.

Of course, these are all promos for the film, although it doesn’t appear to need any extra help. According to reports, the Evangelion movie has reached more than 6.89 billion yen in revenue, and it remains in first place at the box office.