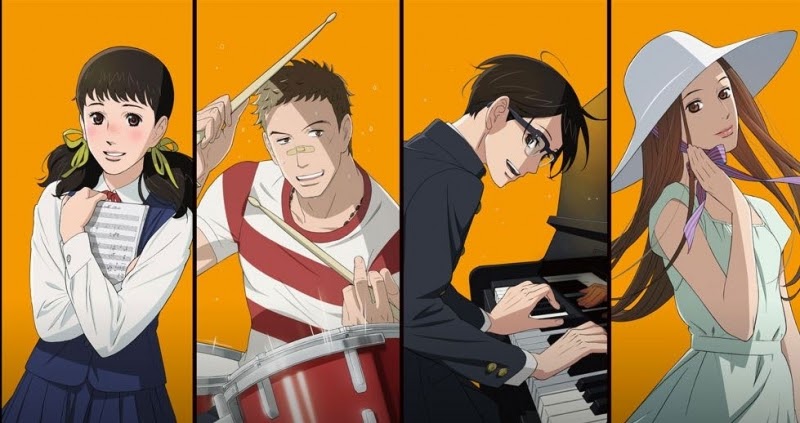 Even if you don’t know a single thing about Kids on the Slope(Sakamichi no Apollon), you’ll probably be sold by its impressive credentials. Take the director of Cowboy Bebop and Samurai Champloo, mix in the composer of Macross Frontier and Cowboy Bebop, toss in the legendary animation studio behind Astro Boy, and how could you possibly say no?

Those reasons might be enough to give the series a watch, but there’s more. It’s emotional and raw, making me laugh out loud one minute and openly cry the next. It’s stylish, with jazz music that can tug on your heartstrings or make you groove in your seat. The characters are multidimensional and memorable, making it tough for the show to come to an end.

Certain series might be a good watch, but they eventually fade from your memory. Kids on the Slope isn’t that way: it weaves together a romantic slice of life story with incredible staying power. Or maybe it’s just those dang catchy tunes still stuck in my head.

From the Righteous Honor Roll to the Shady Jazz Club

In 1996, socially awkward honor-roll student Kaoru Nishimi finds himself uprooted. Forced to move from Yokosuka, a city close to Tokyo, all the way to Sasebo at the southern tip of Japan, he soon finds that more is about to change than just his location. Living with his relatives now because of his father’s work, his new school isn’t quite what he expected.

Typically keeping to himself and immediately pessimistic about his new high school, Kaoru soon meets the stubborn delinquent Sentaro Kawabuchi, who can usually be found getting into fights and playing the drums. As the two spend more time together, Sentaro becomes an unlikely catalyst for change in Kaoru, pulling him out of his shell with the power of jazz music. Kaoru is gifted at the piano, but has only ever played classical music.

Through Sentaro, Kaoru also becomes acquainted with Ritsuko Mukae, a happy-go-lucky freshman whose father owns a record shop. The series often focuses on the budding relationships between this triangle, and how the power of self-expression can influence a person’s life and choices.

Kids on the Slope combines a story of complex young relationships with an incredible musical score and unforgettable animation. It’s tempting to tell more of the story, but it’s best experienced for yourself.

Meet the Quirky Cast of Characters

The Original Manga is an Award Winner

Written by Yuki Kodama, Kids on the Slope began as a manga series, and was serialized in Flowers magazine from 2007 to 2012. Manga aficionados might recognize Flowers as the josei-focused publication which brought the world 7 Seeds, Fushigi Yugi: Genbu Kaiden and Kaze Hikaru. 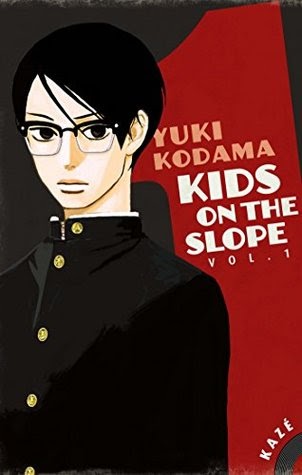 The series was released over nine volumes, plus an additional extra edition. In 2011, it won the Shogakukan Manga Award, one of the major awards in the Japanese comic world. This award has been given every year since 1955. The winners receive a bronze statuette and one million yen, about $10,000 today.

Airing in 2012 on Fuji TV, the anime adaptation of Kids on the Slope didn’t mess around with its collection of industry veterans. The 12-episode series was created as a joint project between MAPPA (recently known for Yuri!!! on Ice and Dororo) and Tezuka Productions (Astro Boy, Black Jack) That’s nothing short of a dream team.

As if that weren’t enough, Shinichiro Watanabe took the helm of the series. A master of blending genres and incorporating music into his works, Watanabe has been responsible for a number of legendary works, from Cowboy Bebop and Space Dandy to Samurai Champloo and Terror in Resonance.

This was a departure for the famed director, as it was the first adaptation he had ever directed in his storied career, and was much more down-to-Earth than his past projects. But while it may seem like an odd pairing, Watanabe weaves his style into the series, with music playing a massive part, as it does in most every Shinichiro production.

It could be said that you can’t have Shinichiro Watanabe without Yoko Kanno, and this is no exception. The two collaborated most famously on Cowboy Bebop and Macross Plus together, and music doesn’t get much better.  The acclaimed anime, game, movie and television composer added her unique musical touch to the series (and yes, a soundtrack is available.)

Some of Kanno’s other accolades in the anime world include The Vision of Escaflowne, Ghost in the Shell: Stand Alone Complex, Genesis of Aquarion and Wolf’s Rain.

The popularity of the series proved to be enough to warrant a trip to the big screen. Filmed in Sasebo, the actual southern town in which the series takes place, it was released in Japan on March 10, 2018. The actors playing Kaoru and Sentaro both practiced playing piano and drums for several months in order to play their parts properly.

Fans of Japanese music may recognize the actor playing Kaoru Nishimi. Yuri Chinen has been a member of the popular boy band Hey! Say! JUMP since 2007.

Taishi Nakagawa, who plays Sentarou Kawabuchi, is best known for his role as Kakeru in the still popular 2011 drama Kaseifu no Mita. He won the 42nd Japan Academy Prize for Newcomer of the Year in 2019 for his performance in Kids on the Slope.

Nana Komatsu, who plays Ritsuko in the film, has been a model since the age of 12. She is currently an ambassador for luxury company Chanel, and has starred in many other films, including the live action Bakuman adaptation and the popular suspense film The World of Kanako.

Actor and Yuri!!! on Ice Crooner Dean Fujioka played the role of Junichi Katsuragi. With an extremely successful career in acting, music, modeling and even film direction, he is also known for being multilingual, speaking Japanese, Cantonese, Mandarin, English, and Indonesian. He also played Roy Mustang in the live action Full Metal Alchemist movie.

Ritsuko’s father Tsutomu was played by distinguished actor Baijaku Nakamura, who stems from a very long line of kabuki actors. Active in show business since 1965, he has starred in over 50 TV series and films.

Where to Watch the Anime, Read the Manga and See the Live-Action Film

Sadly, the live-action film is currently not available for streaming in the US, nor are any official copies licensed for sale. It is, however, available on Netflix in Japan, so we can hope for a release in the west.

For those wanting to read the manga series, plenty of translations exist, from French to Catalan, but not English. Hopefully, that can be changed.