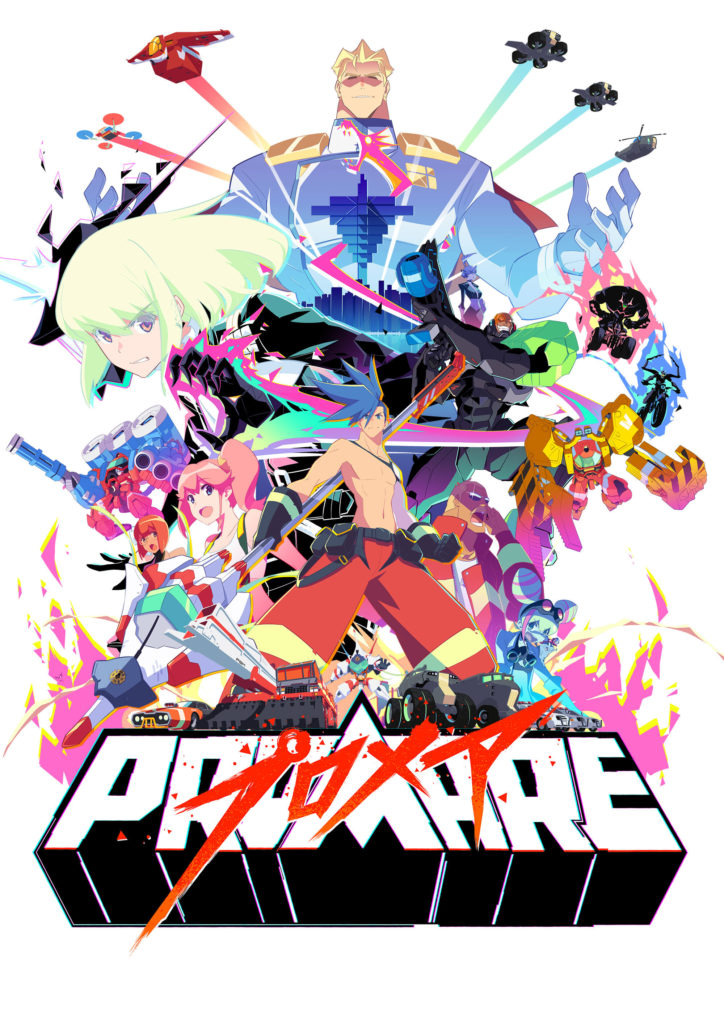 Things are really heating up at AnimeJapan 2019, so much so that even Studio TRIGGER’s upcoming fire-fighting anime film Promare might not be able to put it out. But that’s in no small part due to the raw energy of their own stage show, in which both TRIGGER and Aniplex discussed their upcoming releases. Firstly, we saw discussion of Promare’s soundtrack, coupled with the slightly more surprising news of an all-new Blu-ray boxset for Kill la Kill.

Set to hit theaters across Japan on May 24, 2019, Promare is the latest from both Studio TRIGGER and XFLAG, and everything we’ve seen so far leaves a lot of reason to be excited. But beyond the hyper-stylistic animation style that we’ve already seen so prevalently through a slew of key visuals and teasers, there’s also a lot to look forward to in the music department. Dropping on the same day that the film hits theaters, the 21-song original soundtrack for Promare will come in at a price of 3,000 yen and is being handled by both Sony Music and Aniplex.

It’s been over five years now since Studio TRIGGER made their mark on the world with Kill la Kill, and now after all this time, they’re ready to look back with an all-new Blu-ray collection. It came as a bit of a shock that they’d go ahead and do this, but I’m definitely not complaining. Slated to be the most “complete” collection of Kill la Kill media on the market, the all-new Blu-ray collection will come with a total of five discs and 25 episodes, including an unaired episode.

Set to release on June 26, 2019, the upcoming collection will be priced at 28,000 yen, a price that I’m sure even the most adamant of Kill la Kill fans might scoff at. None the less, I’m sure plenty of dedicated fans will be happy to jump on this. Already available on Amazon Japan, those interested in checking it out can find it here.

With 2019 already set to be such an incredible year for Studio TRIGGER given the upcoming release of Promare, and fresh on the heels of their incredible SSSS.GRIDMAN anime series, I can’t wait to see what else the still-young anime studio brings to the table. Just a few months out from the release of Promare in theaters, those interested in checking out further information can find it via the film’s official website.