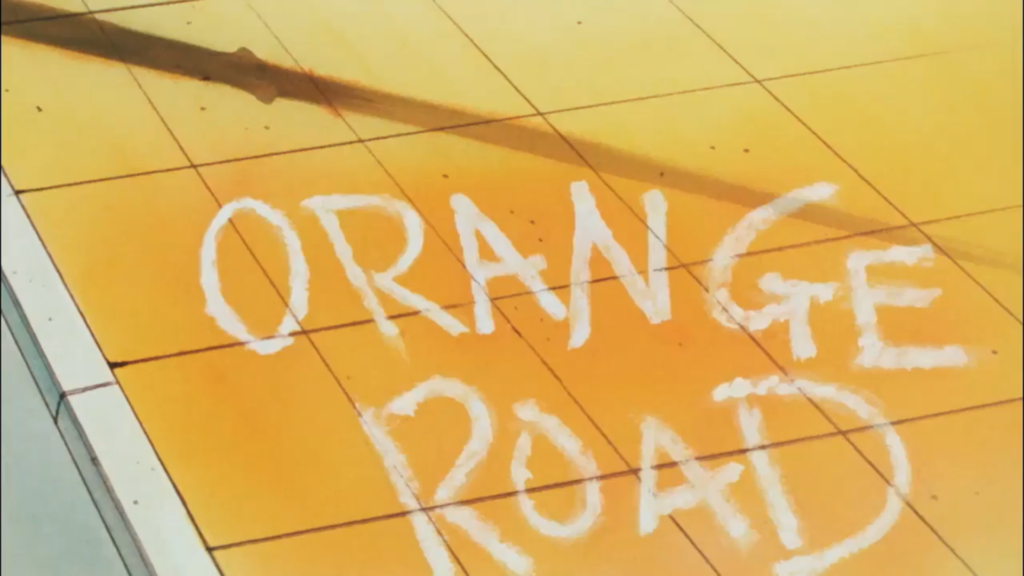 Earlier this week, the fan community at large was made aware that the creator of the beloved Kimagure Orange Road Izumi Matsumoto passed away on October 6 after a long battle with Cerebrospinal Fluid Hypovolemia. Departing at 61 years old, one can’t help but feel that this is especially tragic as his disease took away his ability to regularly make manga for the past 20 years. Openly on record, he had always wanted to return to the craft that he loved. While we can’t ever know what Matsumoto would have penned if not for illness, we can at least revisit and cherish his biggest achievement. There’s a reason the ‘old head otaku’ community has been so shaken by the news, and a reason why Kimagure Orange Road’s received such a resurgence among the English speaking fandom in recent years. 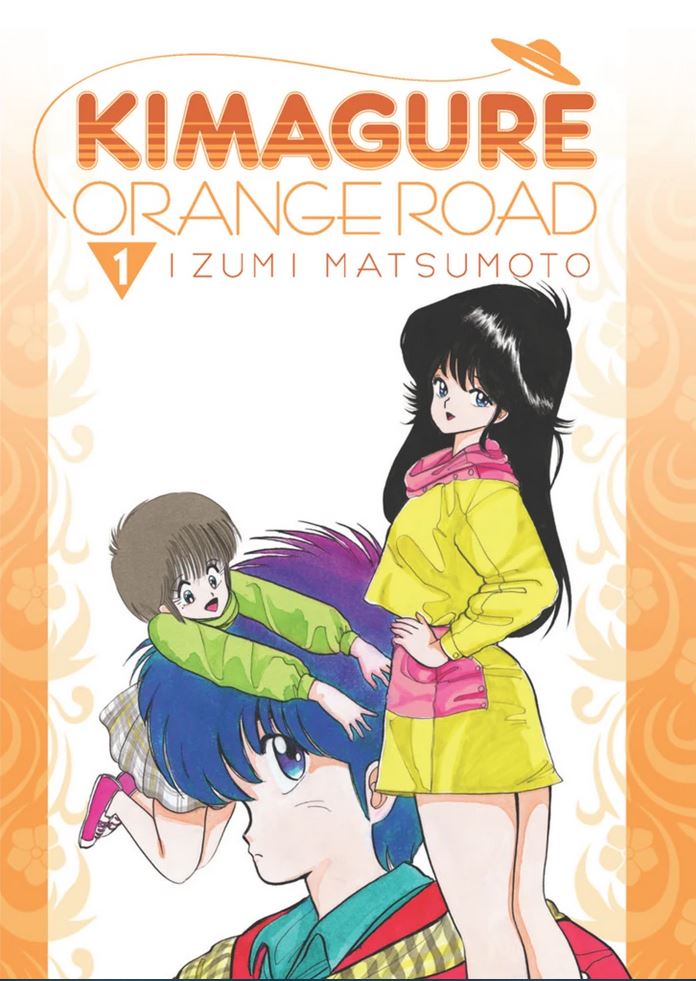 Izumi Matsumoto first launched Kimagure Orange Road in the pages of Weekly Shonen Jump in March of 1984, it predating Akira Toriyama’s seminal Dragon Ball by about eight months. Not what you’d think of as typical Jump far, Orange Road is a simple story of a love triangle from the boy’s perspective straight out of the Maison Ikkoku school of story-telling. Sure its protagonist Kyousuke, something of an early Araragi from Monogatari prototype, and his family possess psychic powers but that never really matters all too much. Despite running concurrently with Fist Of The North Star, City Hunter, and Saint Seya, nothing much happens throughout the series except teenage hijinks, comedic misunderstandings, and romantic tension. Yet, that simplicity struck a chord with many adolescence at the time and more than thirty years later that chord rings true. 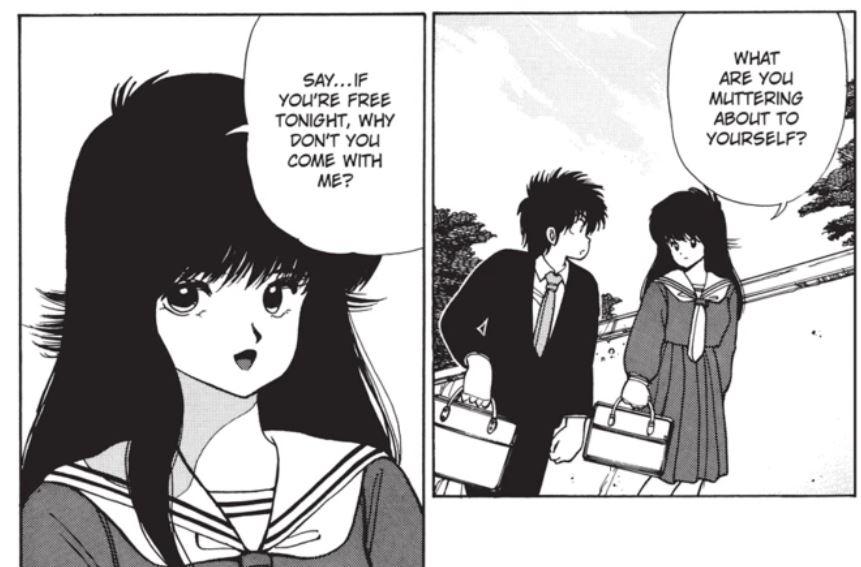 Ultimately simplicity alone won’t sell a story, often a detractor even, but coupled with the right art simple charm is one of the best things the medium of manga potentially offers. Much like how its little brother Dragon Ball wouldn’t have been the same comic with Toriyama behind the ink, Izumi Matsumoto’s sharp style and eye for fashion made Kimagure and its cast such an endearing world to spend time with. Regarding the following image, on the left we have the refined and confident Madoka Ayukawa and on the right the spunky love crazy girl next door Hikaru Hiyama; Even now these two are still as precious in the hearts of fans as the memories are of their own high school crushes. 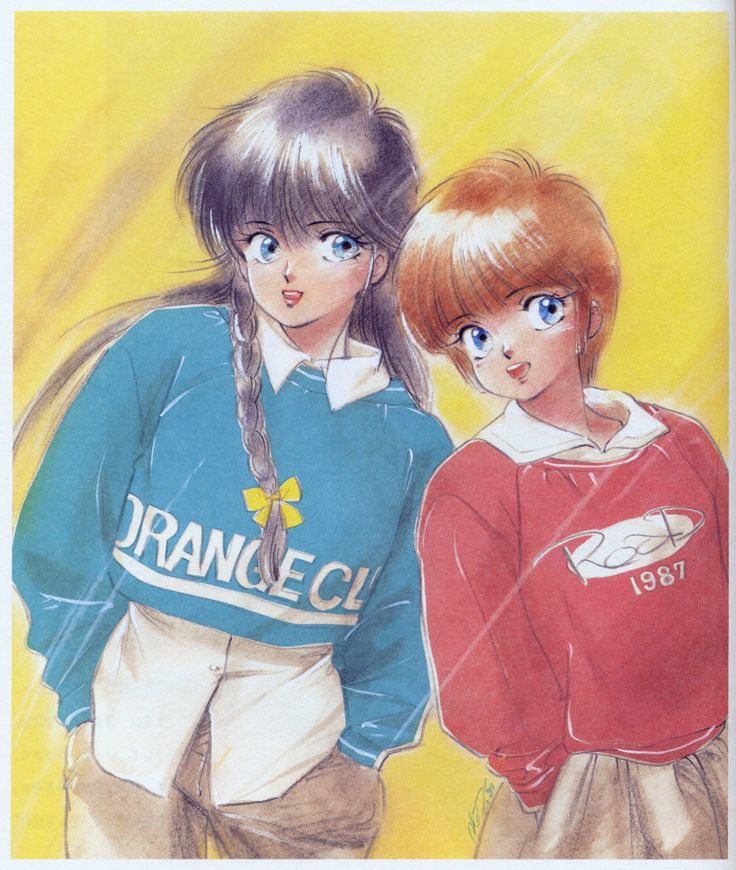 While Matsumoto’s artistic sensibilities are responsible for the genesis of Kimagure Orange Road, it would be unfair to say he’s solely responsible for its imagery. His taste for slick outfits and punchy character design set the stage for everything to come, but those who came to Kimagure Orange Road through the anime might prefer its softer characters and its delightful pastels.  Brought to life by voice actresses Saeko Shimizu and Akari Hibino, with Amuro Ray’s own Toru Furuya, the anime iteration of Kimagure is every bit as delightful and beloved as the manga ever was. However, there’s one more ‘Madoka and Ayukawa’ to talk about; The artist the above image, illustrator and manga artist Akemi Takada was doing incredibly prolific and influential work on the 80s doing all sorts of promotional illustrations and character designs for the likes of Creamy Mamy and Patlabor in addition to Kimagure. 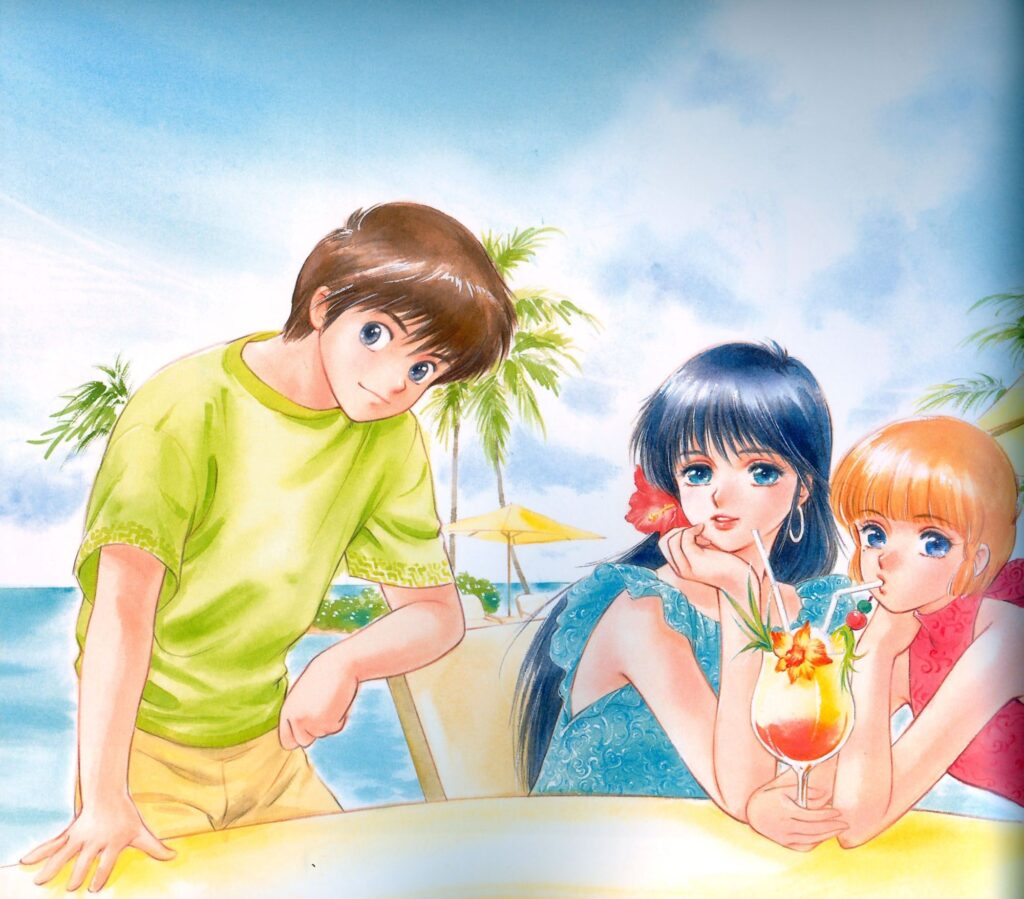 As much a part of the series’ overall charm as the original manga and its anime adaptation, all of her Orange Road imagery perfectly captures an ethereal moment in time we all wish to return to. That imaginary and carefree last makes Kimagure Orange Road appealing to this day; No wonder myriad Vaporwave and Future Funk compilations use Matsumoto’s, Takada’s, and the anime’s imagery without abandon. While questionable in a legal sense, that dubious use of Kimagure imagery introduced an entire new audience to this 80s classic whose anime and manga wasn’t available at all. Of course, those old heads never forgot and when Digital Manga Publishing launched a $35,000 Kickstarter to get the highly coveted manga finally published stateside, it made its goal almost five times over. A couple of years later Discotek Media re-released the entire series on Blu-Ray to all of our delight. 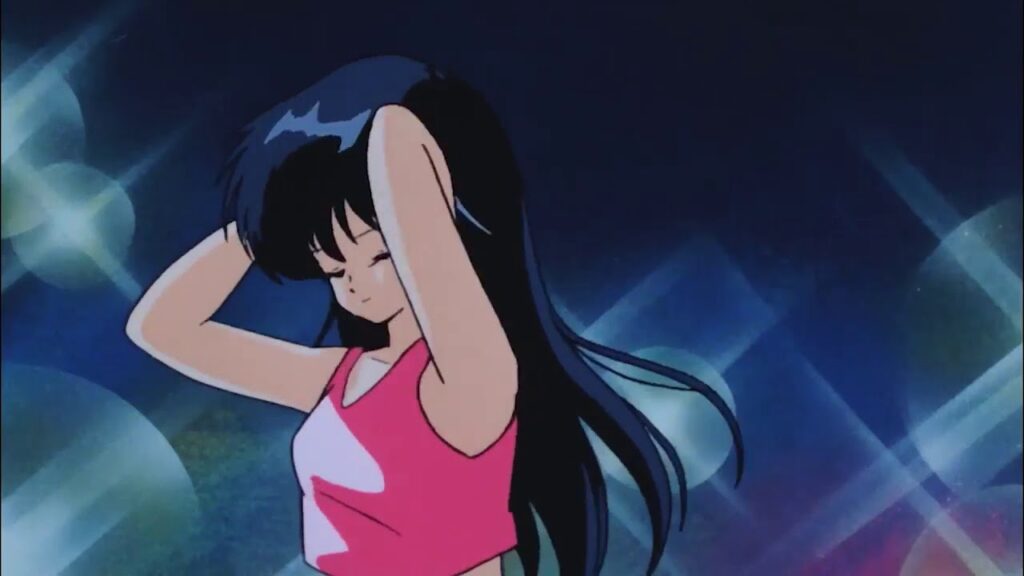 Matsumoto may be gone but Madoka, Kyousuke, and Hikaru will remain with us forever as long as new fans continue to welcome them into their hearts. You owe to yourself and to Izumi Matsumoto, whose contributions to both shonen romance anime and aesthetic imagery has either directly or indirectly influenced art you care about, to walk down the Orange Road. If you don’t want to spend the hundred or so dollars on the Blu-Ray or the manga release you can watch the show on Crunchyroll now too, so you really have no excuse. In a year filled with pain and uncertainty, it particularly hurts to have one of our favorite creators unexpectedly pass away on top of that. You can see his creations still all over a bunch of unsanctioned Youtube videos and Soundcloud uploads, but do the man and yourself one better and read his actual work.