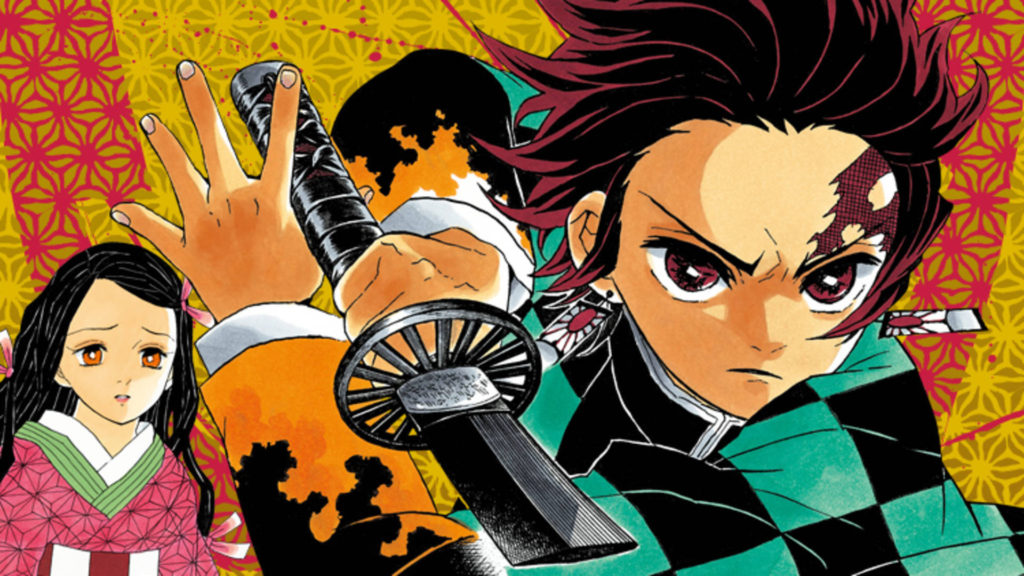 We finally saw the official announcement of the highly anticipated The Promised Neverland anime adaptation earlier this week, and now it seems like yet another Weekly Shonen Jump property is getting the anime treatment – this time we’re looking at Koyoharu Gotouge’s recent Kimetsu no Yaiba.

Launched in 2016, Gotouge’s manga follows farmboy Tanjirou whose life is turned upside down when his family is slaughtered by demons, on top of his sister also being transformed into a demon. This Taisho-era story follows the two as they embark on a tale of swordplay, blood, and revenge, and has ranked consistently high in the weekly Jump rankings. The manga saw the release of the tenth volume recently, making it a good time for an anime adaptation to come out without the risk of it catching up to the manga.

According to leaks from Twitter user Yonkou Productions (who previously leaked news on The Promised Neverland’s anime adaptation), the manga will be receiving an anime adaptation headed by none other than the legendary Studio Ufotable, who have been behind several excellent adaptations of the Fate series and Touken Ranbu. The studio has in the past been praised for their excellent animation quality, particularly for Fate/Zero, which is considered by many to be one of the best-looking anime ever made.

It should go without saying, Ufotable taking charge of this adaptation is exciting news indeed. Author Gotouge also seems to be excited about the prospects of the adaptation, stating that although his artwork is the type to “break down if breathed on,” Ufotable have assured him that they will be going ahead with production and are going to try and make a great anime.

Gotouge’s sketchy yet expressive art style is certainly unique, but I have no doubt that the studio will strive to make it work in animated form as they have done in so many of their other adaptations in the past. A leaked promotional image for the anime drawn by Ufotable shows off how they are adapting the character designs to work in animated form, and it seems like they are doing great work as usual: The anime announcement is rumored to appear in next week’s Shonen Jump, and there will presumably be more details such as an official Twitter account and website detailed at that time, so keep your eyes peeled for more information as it comes in. VIZ Media is currently releasing the manga in English, which is available to read via their official website.