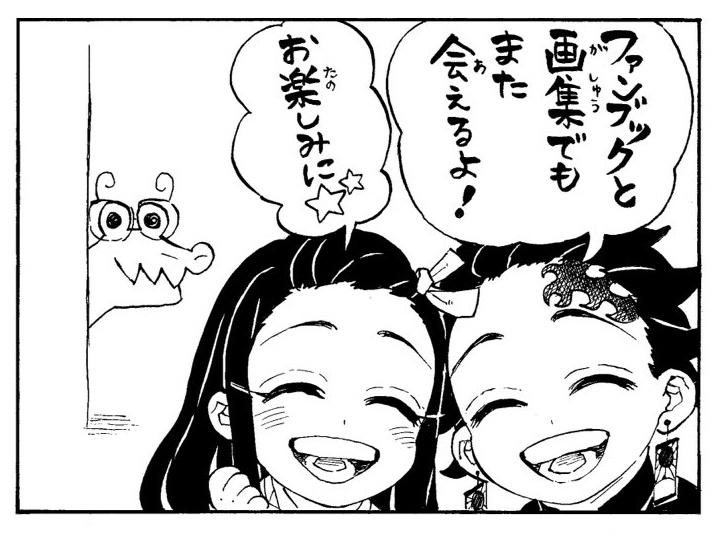 The upcoming launch of Demon Slayer: Kimetsu no Yaiba volume 23 is set to be one of the biggest releases of the year. Already, Shueisha has ordered a record-breaking 3.95 million unit initial print run, and hype is running extremely high. Nevertheless, it seems as if there has been a bit of confusion surrounding the ‘extra content’ contained in Kimetsu no Yaiba’s final volume release; so much so that original creator Koyoharu Gotouge was forced to step in and clear it up.

‘There was an error on the obi of volume 23. There will not be any new material set after the story’s ending; instead, there will be supplementary parts of the story that were cut from the manga’s original serialization but included in this volume. What will be included in volume 23 is as follows:

We are sorry for not relaying the correct information and clearing it up sooner.’

It’s not as if Kimetsu no Yaiba fans needed an excuse to go out and purchase this final volume, but it is interesting that there was this apparent lapse in communication between Shueisha and Gotouge. Clearly, someone in the marketing department got ahead of themselves and published a bombastic tagline without it technically being right. It’s a good thing that Gotouge cleared it up when they did, as Demon Slayer: Kimetsu no Yaiba volume 23 releases in a matter of days.

Another comment attached to the tweet also says that the extra content won’t change any of the story, but it nevertheless has us intrigued. What is that eight-page ‘special new manga’? What might the cut pages add to the original story, if anything? And could Gotouge’s fairly long afterword explain the reason behind Kimetsu no Yaiba’s seemingly abrupt conclusion?

We’ll just have to wait and see when Demon Slayer: Kimetsu no Yaiba volume 23 and its extra content releases on 4 December.