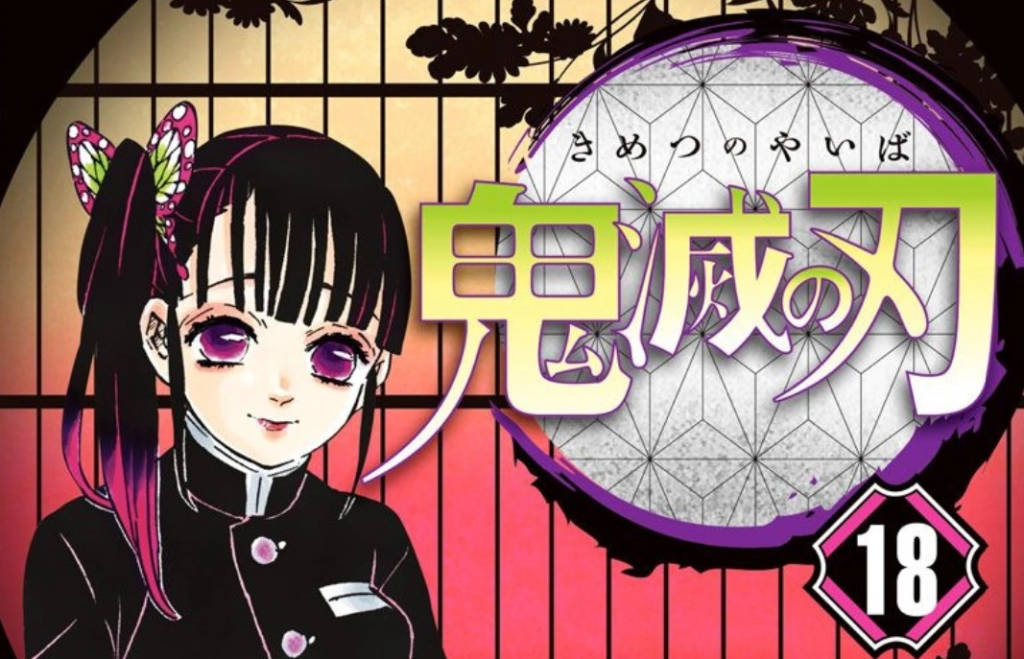 For anyone who has been paying attention to the landscape of Japanese pop culture this year, it should come as no surprise that Koyoharu Gotouge’s Demon Slayer: Kimetsu no Yaiba has completely dominated Oricon’s 2020 sales rankings. What is surprising, however, is the fact that it has conquered both the book and comic categories, a first in the company’s history.

To what extent has Demon Slayer: Kimetsu no Yaiba dominated Oricon’s 2020 sales rankings? Absolutely so. Each one of the series’ twenty-two collected volumes has ranked in from number one to number twenty-two, as previously reported, and in terms of overall series sales, there is nearly a 75 million unit gap between Kimetsu no Yaiba and Kingdom in second place, another shonen series with a strong following of its own. 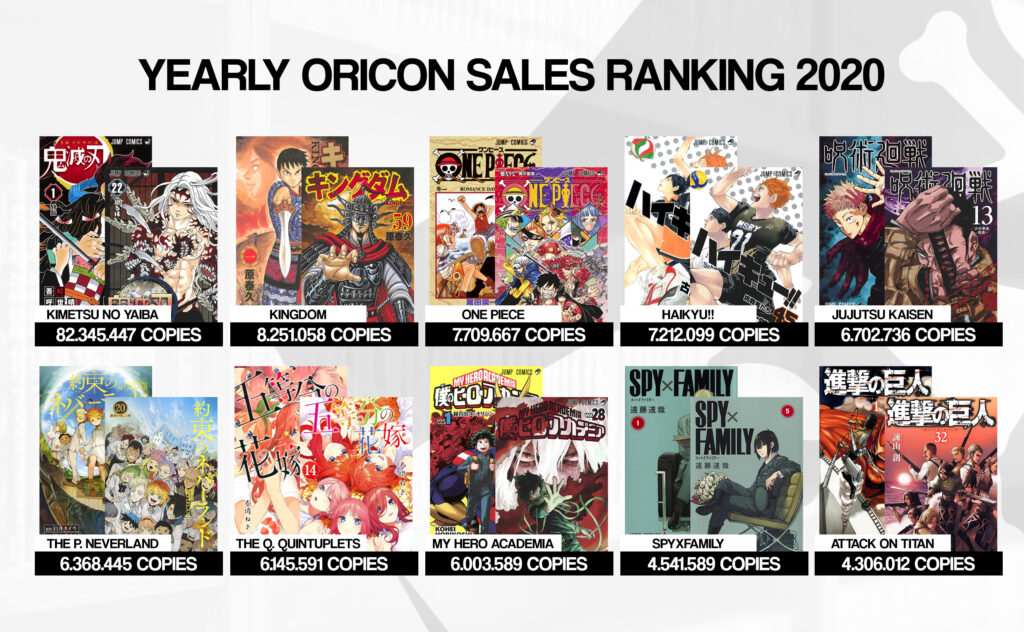 The domination only increases further when looking at Oricon’s 2020 book rankings. This is different from the previous figures reported, which were taken from the comic rankings, in other words, manga volumes. These next ones concern ‘real’ books, or light novels.

Readers outside of Japan might not know this, but Shueisha regularly releases light novels based on its most popular Weekly Shonen Jump series under the imprint Jump J Books. Most of the time, they don’t do very well, but this couldn’t be further from the truth for Demon Slayer: Kimetsu no Yaiba. Its first novel, Shiawase no Hana, came in at number one in Oricon’s 2020 book rankings with 9.23 million copies sold, while second place also went to Aya Yajima’s short story collection Katahane no Chou with 9.13 million copies sold. All in all, this is the first time in Oricon’s decades-long history that a single series has taken first place in both the annual comic and book rankings.

Once again, this doesn’t come as much of a surprise. Demon Slayer: Kimetsu no Yaiba already broke several of Oricon’s records this year, so to have this reflected in the overall 2020 sales rankings is just par for the course. It does, however, provide a neat encapsulation of the series’ success this year. Perhaps now we can stop reporting on it?

Demon Slayer: Kimetsu no Yaiba’s final volume will release on 4 December, and will probably be another record-breaking success.