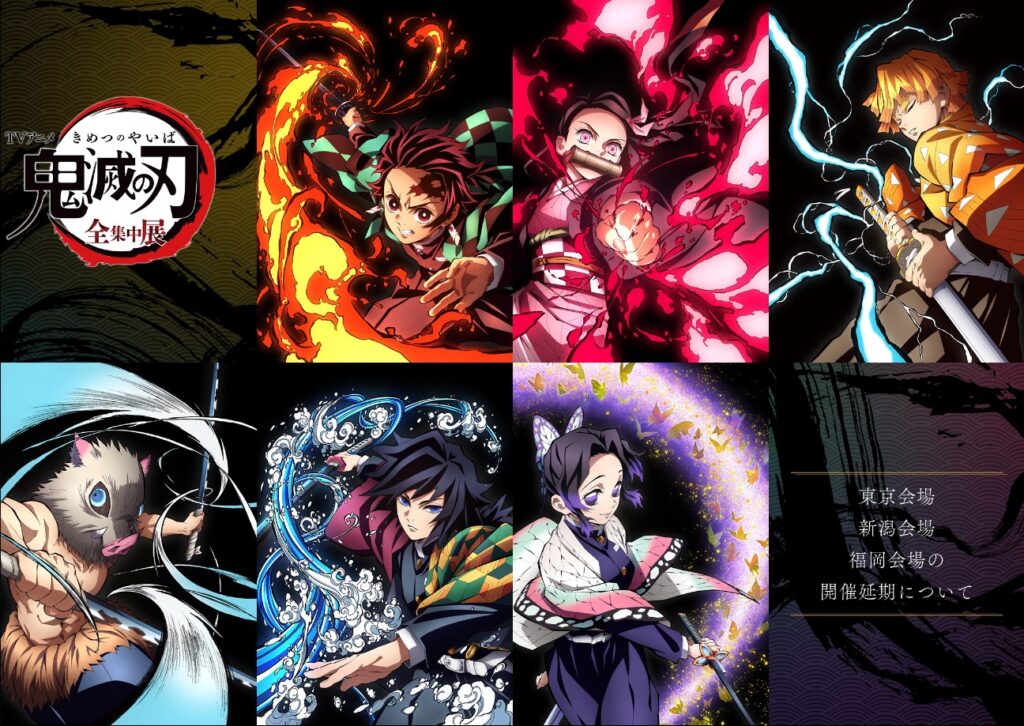 Here’s something you don’t hear everyday. The Demon Slayer: Kimetsu no Yaiba anime by Studio ufotable recently kicked off its first exhibition on August 25, but there’s already been some trouble. Aniplex was forced to put out a public statement via the anime’s official Twitter account and website, saying that “suspended particles” had been found in some of the products. As such, goods sales were to be suspended until the end of the month. That’s certainly one way to start off the first Kimetsu no Yaiba exhibition, but we can only hope that things go a little more smoothly from here on out.

The products in question are several variants of “grey water” sold as goods at the Kimetsu no Yaiba exhibition, sporting snappy designs fashioned after the characters’ outfits. More specifically, those bottles with product numbers starting with any of the following – 21.02.IS, 21.02.IR, 21.02.IT, 21.03.OG or 21.03.IO – have been identified as containing the solids. Aniplex isn’t sure where or how these solids got into the water, but apologises profusely for the error and is offering refunds to any customer who gets in contact with them. 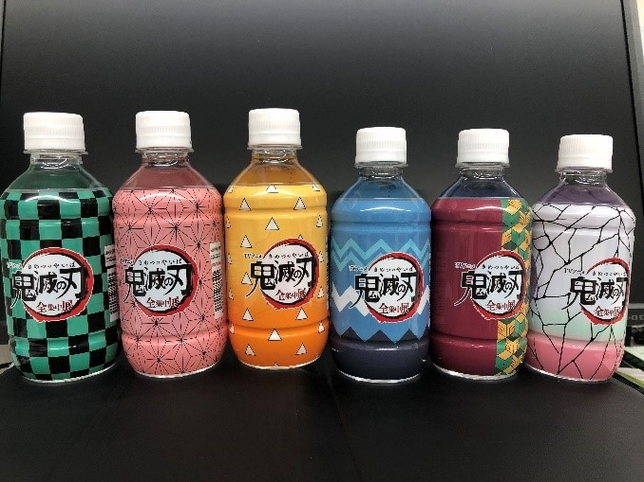 Unless you happen to have been to the Kimetsu no Yaiba exhibition and consumed one of these drinks (which some fans no doubt have, here’s one user saying that they bought all six and drunk them all), then this whole situation is pretty hilarious. Certainly, it’s one way to kick off your very first exhibition, but there is a whole lot of meme potential. A lot of people have joked that the mysterious solids may be the sadistic work of one Shinobu Kochou, but perhaps my favorite response was this tweet comparing it to Hunter x Hunter’s Water Divination test.

Perhaps the biggest piece of news here is the fact that goods sales will be suspended at the various Kimetsu no Yaiba exhibition venues until the end of August. Still, the exhibition is running until next year in various places, so you’ll have plenty of chances to splurge yet.