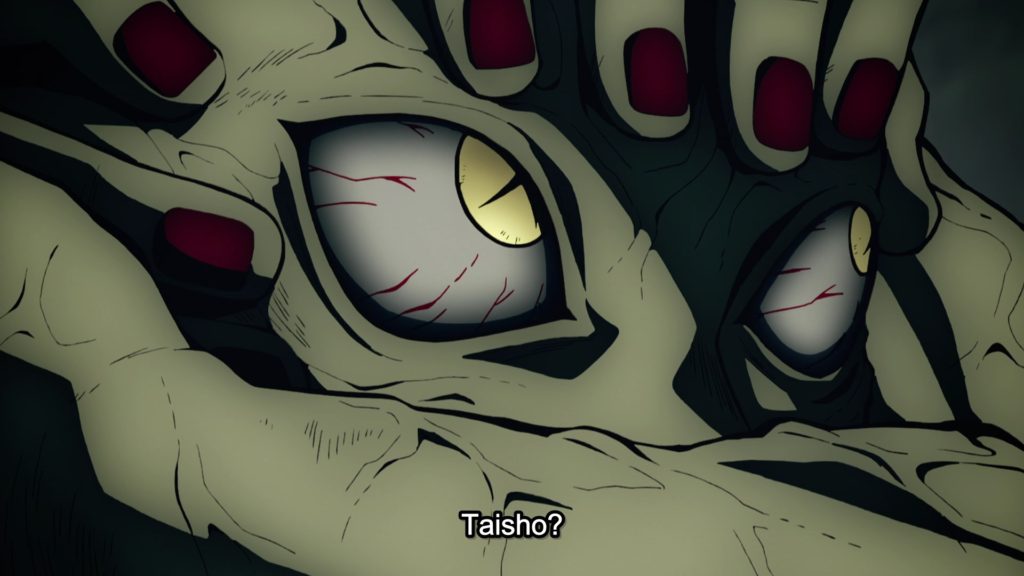 Studio ufotable’s anime adaptation of Koyoharu Gotouge’s Demon Slayer: Kimetsu no Yaiba has been proving fairly popular as of late, especially given that there seemingly isn’t much worth watching this spring season. But Kimetsu no Yaiba is also fortunate to be airing during a historic period in Japanese history, as Emperor Heisei abdicates and passes the throne to his son, marking the beginning of the new Reiwa era. Given this, ufotable has decided to put out some special goods to mark the occasion – and they’re a perfect fit, in more ways than one. You can check them out below:

Those who’ve read the manga or seen the show will no doubt understand the significance of the new goods, but I’ll try to provide some context for the uninitiated. The designs for the new mug and t-shirt are based on a scene from Kimetsu no Yaiba where the protagonist, Tanjiro, encounters a demon who is furious about the era having changed from Meiji to Taisho during his imprisonment.

Anime viewers will perhaps recall the scene a little better than those who are up to date with the ongoing manga, as ufotable just adapted the scene in episode four, which aired on April 27. Luckily for us, ufotable uploaded a clip to their official Twitter account of that very scene to mark the new Reiwa era for some valuable context:

The timing of all of this is absolutely impeccable. Not only did ufotable manage to get the Kimetsu no Yaiba anime to broadcast in the spring season, during which the new era was set to begin on May 1, but the studio also managed to broadcast the episode with the aforementioned scene as their last ever episode of TV anime in the Heisei era.

I can’t help but think that all of this was planned, as it’s too much of an incredible coincidence otherwise. Perhaps, then, purchasing some of the goods to mark this incredible orchestration of coincidence is the least I can do. Not a bad purchase to see in the new era of ‘Wondrous Harmony,’ either.

Demon Slayer: Kimetsu no Yaiba is currently available for streaming via Crunchyroll.