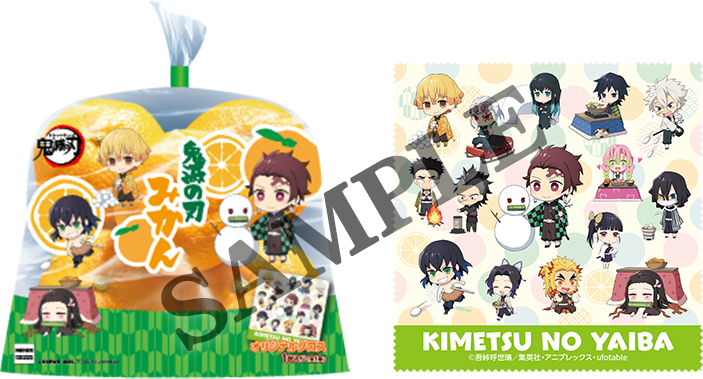 Winter is mikan (mandarin orange) season in Japan, so naturally the anime series Demon Slayer will have a seasonal bag of oranges just in time for the new year. The oranges will be on sale at the konbini Lawson starting on 1 December, with Lawson’s own Lawson Farm Ehime and Kumamoto producing the mikans.

The bags will feature the Demon Slayer: Kimetsu no Yaiba characters doing typical winter-type stuff. Tanjiro is making a snowman with a bamboo muzzle, just like the one his sister wears. Nezuko is keeping warm underneath the kotatsu. Zeni is making snowballs, and Inosuke is throwing one. I can’t see from the photo who he’s throwing it at, but he appears to have good aim.

The Demon Slayer mikan packages will come with a 150mm square cloth with the characters doing various winter activities.

Hokkaido, Tohoku, Niigata, and Okinawa will get the oranges first on 1 December. Lawson stores in Kanto, Chubu, Kinki, Chugoku, Shikoku, and Kyushu regions will get the mikans the next day on 2 December. 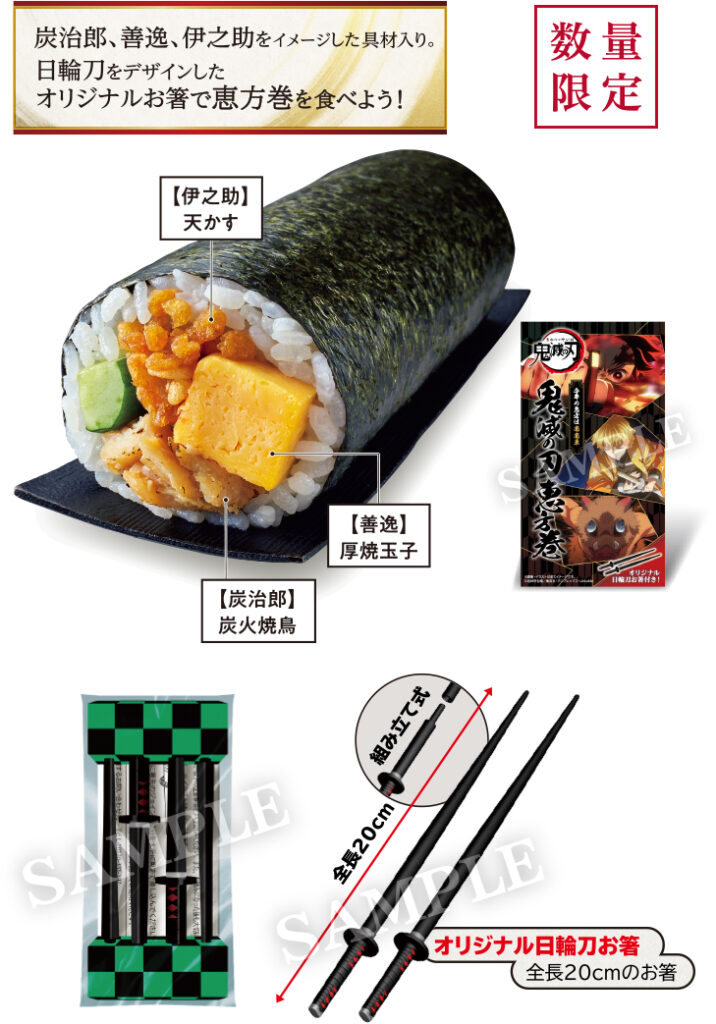 Starting 15 December, Lawson stores will also accept reservations for Demon Slayer-themed Setsubun products. The items will include ehomaki (a really long norimaki sushi roll only eaten at Setsubun). The roll features yakitori chicken, atsuyakitamago (grilled egg), and tenkasu (tempura bits). The ehomaki will come with chopsticks in the shape of a demon slayer’s sword. 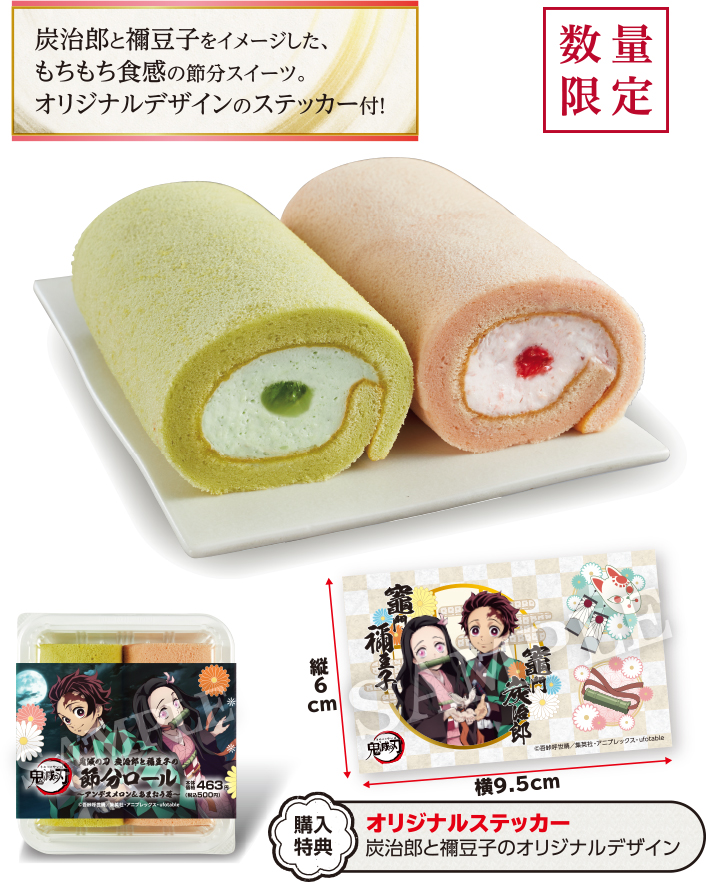 Lawson will also have a Setsubun Roll featuring Tanjiro and Nezuko. You get two roll cakes: one will be Andes melon flavored (green for Tanjiro), and the other will be Amaou strawberry flavored (pink for Nezuko).

Setsubun is also known as the ‘bean-throwing’ festival, because you’re supposed to throw beans to drive out the demons of the past year. (The beginning of 2021 is going to require a lot of beans.)

If you live outside of Japan, you might not be familiar with Setsubun, but it’s been seen in various anime series (the spin-off series Haruhi-chan, for example). Characters typically argue over who has to be the demon and who gets to throw the beans.