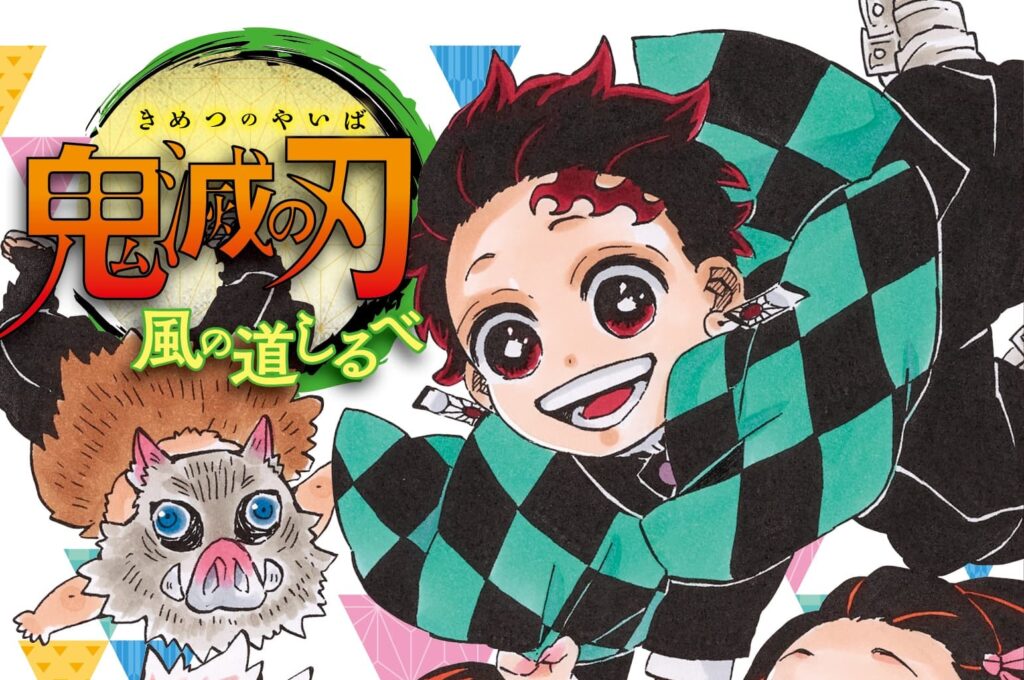 The Demon Slayer: Kimetsu no Yaiba sales stories just won’t stop coming. Although we already reported last month that the series’ latest, twenty-first volume would be receiving an unprecedented initial print run, none of us could have expected the level of success that it would go on to have. Announced earlier today, Oricon have updated their latest sales figures for Koyoharu Gotouge’s dark fantasy series – revealing that it has even managed to surpass Kodansha’s golden goose, Attack on Titan.

Released last Friday, Kimetsu no Yaiba volume 21 hit store shelves with a considerable back stock of three million units. Although the latest volume didn’t manage to sell out – indeed, the insanely high print run was precisely intended to avoid this – it did manage to sell a cool 1.9 million, along with the ‘special edition’ selling 850,000. This brings the Kimetsu no Yaiba series sales total up to a whopping 71 million. 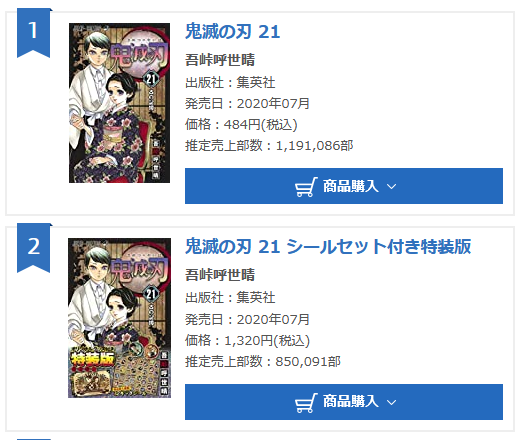 As it turns out, this also means that Kimetsu no Yaiba’s sales have now surpassed that of Attack on Titan. Hajime Isayama’s series was the previous second-highest selling series in Oricon’s history, which began tracking data in 2008. This is no mean feat, as it was this series that managed to put an end to One Piece’s five-year run as the best-selling manga in the first half of 2014. Kimetsu no Yaiba has a long way to go if it wants to catch up to Eiichiro Oda’s series, however – One Piece sales are estimated at over 365 million.

Furthermore, the incredible sales of Kimetsu no Yaiba’s spinoff novels have also meant that the series has managed to dominate the book rankings and the comic rankings yet again. The series’ latest novel, Kaze no Michishirube (a short story collection focused on Sanemi Shinazugawa), managed to shift 230,000 units and take the number one spot. This marks the third time that the series has occupied the top spot in both the comic rankings and the book rankings, the others being in March and May.

With the incredible sales success of Kimetsu no Yaiba volume 21, one can only imagine what kind of splash the final volume will make when it releases in the coming months.

other Corey Prasek 14 hours ago