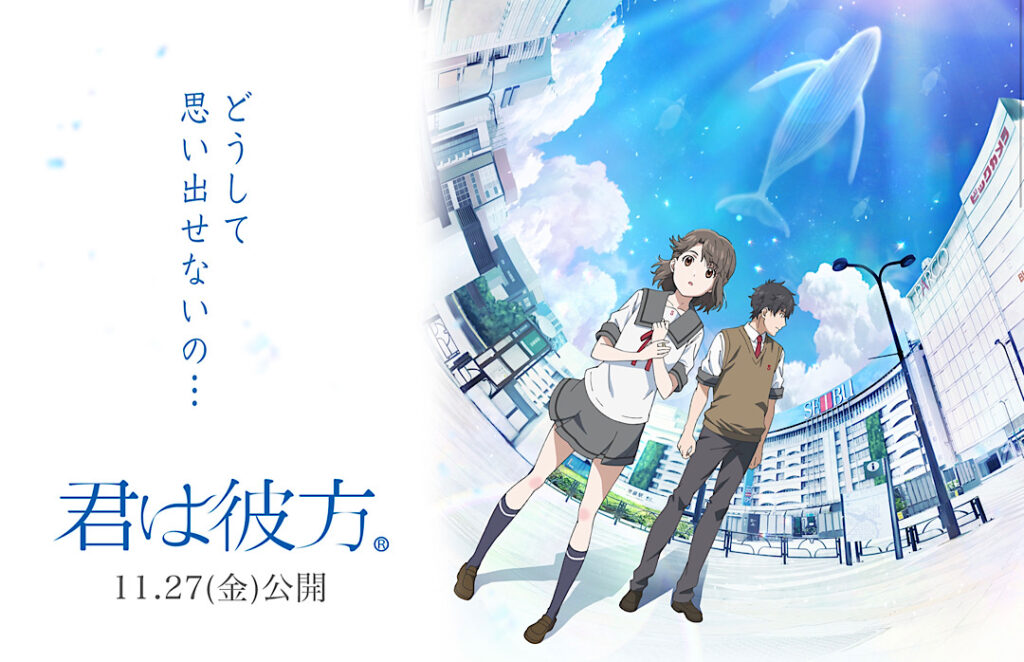 Having lived in the district within Tokyo for 6 months, Ikebukuro will always be a place close to my heart. Trekking through Sunshine City with friends or on my own and exploring every nook and cranny of the area in that time either out of boredom and interest helped me fall deeply in love with the atmosphere of the place. This nostalgic love for the place attracts me towards any movie or series that brings the area to life in animated form, which is exactly what Kimi wa Kanata looks set to do when the original anime film is released later this year.

Kimi wa Kanata will be an original anime production set in Ikebukuro and centers on two childhood friends called Mio and Shin. Although Mio has long had feelings for Shin, she’s never been able to confess to him and tell him how she feels. After getting into an argument with him one day she decides to try and make up and apologize to him, but gets into a traffic accident while trying to find him. Regaining consciousness, she finds herself in an unfamiliar world and unable to remember anything.

A short trailer was released to go with a new key visual and the announcement of the movie’s release date, although this trailer doesn’t reveal too much else about the film. It does give us a glimpse at the film’s visual style and faithful recreation of the Ikebukuro skyline. Yoshinobu Sena will be directing the film at Digital Network Animation.

While the staff behind the series appear to be mostly untested, I’m hopeful for the film and how it will turn out. Kimi wa Kanata, as it stands, is set to release in Japanese cinemas on November 27th, and you can find out more information on the film over on its official website.