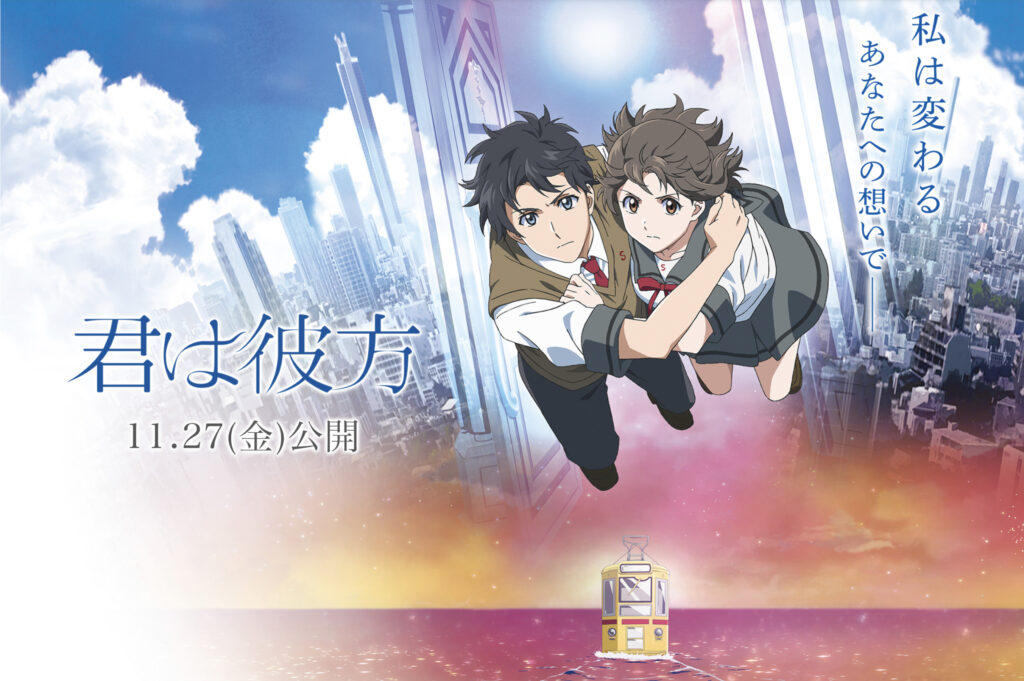 Ever since the movie was announced with a brief teaser trailer back in July, I was excited for this anime as much for its setting as I was for its story. Sure, the love story being teased between Mio and Shin was interesting, but I was more excited about the promise Kimi wa Kanata made to faithfully recreate Ikebukuro as a setting for the story to take place in, and I was also excited to see just how this ‘second world’ would factor into their love story. With a new trailer just released, we now have a deeper understanding as to just how Ikebukuro will be portrayed on screen in the upcoming film.

In this trailer, we get a greater glimpse into Mio and Shin’s peaceful daily lives in Ikebukuro, going to school and worrying about trivial matters. After Mio is hit by a car in an accident, she gets transferred a new, unfamiliar version of Ikebukuro where she meets a mysterious creature that acts as her guide through the new world called Gimon.

The trailer makes a point to show off a few familiar locations to anyone who’s ever visited or been to Ikebukuro before. The area outside of the East Exit of Ikebukuro Station has been faithfully recreated even down to licensed brand appearances from the most iconic stores that surround the entrance like the large Seibu department store and massive BIC Camera. The trolley the characters are riding at the beginning of the trailer and is later shown riding through the water appears to be the Tokyo Sakura Tram which rides through Ikebukuro. The greater glimpse into Kimi wa Kanata’s story and the link between the two worlds is interesting, for sure, but this attention to detail in recreating Ikebukuro should be lauded.

In this trailer, we also heard a preview of the movie’s theme song, Shunkan Dramatic (瞬間ドラマチック, Dramatic Moment) by saji.

Kimi wa Kanata will release in Japanese cinemas on November 27th, and you can find out more over on the film’s official website.