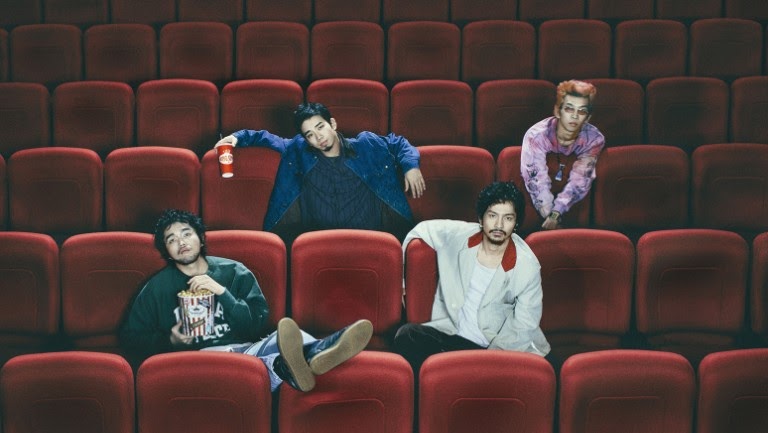 You could be forgiven for calling King Gnu an overnight success, but the group has been creating music together for five years now. And yet, we can’t help but wonder if this is just the beginning of their long career as a group.

King Gnu’s musical success is at an all-time high. Their latest album, Ceremony, released in January of this year and was their first time reaching number one on the Japanese Billboard. They have gained more mainstream attention, and the masses now get to appreciate the music that their fans have been loving for years.

Before we talk about their music, here’s a quick rundown of the members of King GNU.

The artists behind King Gnu

Daiki Tsuneta is a genuine renaissance man. He not only provides vocals and guitar for King Gnu, but he also writes most of the songs and produces visuals. He studied at the Tokyo University of the Arts and is a brilliant cello player, he recently played the Masonic Hall in NYC for a fashion show.

Satoru provides vocals and keyboards for King Gnu. He was a founding member of the group, having met Daiki Tsuneta at the Tokyo University of the Arts.

Yu Seki is the drummer and sampler for the band. Seki was married in October of last year and his honeymoon is featured in their music video Teenager Forever.

If you’ll allow one 1990s American boy band reference, Kazuki Arai is “The Good Guy” of the band. Kazuki is the bassist of the group.

The Beginning of Their Success

When the group first came together in 2015, they called themselves Srv.Vinci. Their debut album was Mad Me More Softly. It was the first band any of the members had been associated with. While their first album wasn’t a success, it wasn’t the last we would hear from them.

It wasn’t until 2017, when the group changed their name to King Gnu, that they hit their stride. Their second album Tokyo Rende-Vous came out swinging. While it never broke the top ten on the Japanese Billboards, Tokyo Rende-Vous included some absolute bangers. Not least of which is the catchy Vinyl:

Vinyl was originally released on their E.P. Tokyo-Chaotic and was a stand out on the album. While not an immediate hit, Vinyl has reached 25 million listens on YouTube to date.

2017 was also the first year that King Gnu performed at Fuji Rock Festival, the largest outdoor musical event in Japan.

Only two years later, the group would release their next album and hit the top ten.

In January of 2019 King Gnu dropped their third album Sympa. The album debuted in the top ten of Japanese Billboards, rising to number three. The album won the Japan Record Award for Excellent Album alongside Aimyon and Rimi Natsukawa.

Sympa is an excellent album with hit after hit, maybe best of all is track number three Flash!!!

Prayer X was featured in Akimi Yoshida’s anime Banana Fish. The music video received mixed reviews and minor backlash over the portrayal of mental health struggles within the video. For our money though, it’s a beautiful song that explored new depths for the group. It also remains one of their most popular songs to date.

Nearly a year to the day after King Gnu dropped Sympa they released their fourth studio album Ceremony.

Ceremony has been a rocket ship to commercial success for the group and sat at number one on the Japanese Billboard. While the album was widely loved as a whole, it’s impossible to talk about the album without singling out Hakujitsu.

Hakujitsu has, deservedly so, become a mega-hit for the group with over 45 million streams on Spotify and 202 million on YouTube to date.

In the music video, King Gnu offers a more stripped back look at the band than we’ve come to expect. The whole video takes place in one location and is presented in black and white.

King Gnu has accomplished so much in their five years together. And if their past works are any indication for the future of the band, we can’t wait to see what they do next.