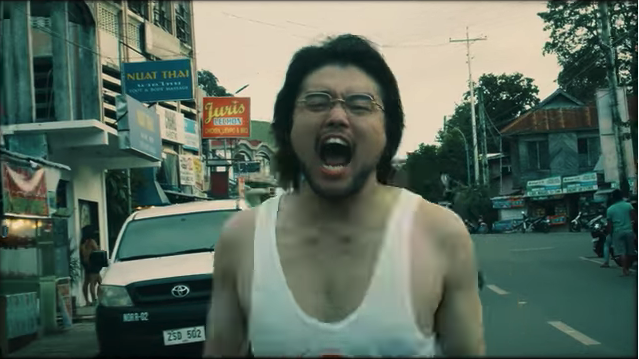 A week-plus after NHK’s Kouhaku Uta Gassen bonanza, it’s become clear who the winners and losers from the event are. In the latter category, the entire show itself might earn that honor due to sinking ratings, though it also dominated social media discussion on Dec. 31 thanks to brain-frying collaborations between KISS and X Japan’s Yoshiki, and a lot of time focused on the Japanese National Rugby team. The spectacle is always par for the course, but one band captured attention for keeping it simple and just playing. Rising rock outfit King Gnu received praise from netizens on Twitter by not doing anything they didn’t need to. Rather, they just performed their hit number “Hakujitsu.” No frills, no face paint, no hyper-muscular dudes swaying around on stage.

They chose a good time to wow, as next week King Gnu will release their new album Ceremony next week. Ahead of that, they shared a song from the forthcoming full-length complete with a video (which dropped Thursday night) finding the members of the band having a blast in various locations around the world after receiving a stack of money. Unsurprisingly, it crashed the trending terms on Twitter just after coming out. Listen to “Teenager Forever” below.

While the accompanying clip is pretty clever — shout out the one guy buying a car, good use of funds, nobody needs to actually skydive — “Teenager Forever” the song actually keeps everything quite simple. Over a skippy melody anchored by an all-together-now shouting of the title, the song riffs on the idea of being persistently optimistic despite the realities of life. Which is pretty teenage, and the band includes a little bit of darkness there in nodding to the futility this creates. Yet it’s an apt song for them ahead of their most anticipated release to date — no crazy curves, just them doing their thing and moving forward.